Which cinema-related crowdfunding campaigns are worth your time and money? 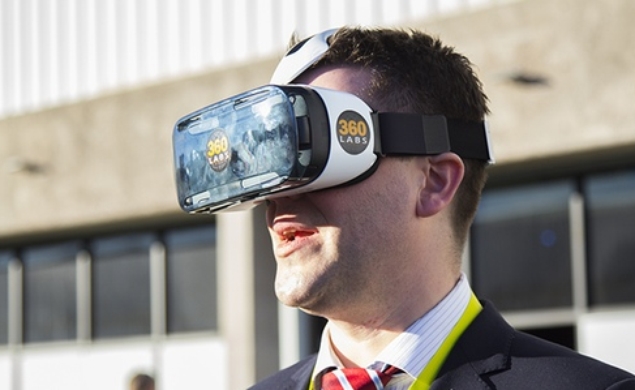 Welcome to Roar of the Crowdfunding, our new bi-weekly feature exploring noteworthy fundraisers on Kickstarter pertaining to the world of film.

The film marketplace has changed. Gone are the days when the major studios ruled over Hollywood with hushed, iron-clad control. The power gradually trickled down to the independent studios, and now the people have initiated a slow push to seize the means of production, pre-production, and post-production. Crowdfunding platform Kickstarter democratizes the film industry, giving hopeful but unconnected creative types the capital necessary to bring their visions to life. But there's a whole lot to sort through. With Roar of the Crowdfunding, we cut through the nonsense and bring the cream of the crop straight to you. Vox populi.

One Minute in Cannes: Anyone anywhere can screen a message
The elevator pitch: The coordinators at Cannes Film Festival have cleared a group called CURB to take over the huge screen that sits atop the Grand Hotel. For as little as $74, CURB will rent out minutes of screen time to Joe and Jane Schmo to broadcast a message or even screen a very short submission of their own. No Palme d’CURB will be given out, sorry.
Budget: £50,000
Runs until: May 21, 2015
“Shut up and take my money” factor: Dear God, the possibilities are practically endless. It could be a novel way for an enterprising unknown to get a foot in the door, sure, but the potential for simple messages somehow feels even greater. You could call out the talent in town for a meet-up (“GASPAR NOE U SEEM COOL DOWN TO HANG? NOTHING WEIRD JUST LOVE YR MOVIES”) or initiate what the French would call boeuf (“XAVIER DOLAN SUX LOL”).
Most rewarding reward: A donation of £1,000 or more ensures five minutes of screen access during “prime time,” whenever that might be. Just enough time for you to unveil your sci-fi short subject that’s gonna change the game forever.

Help VR Save Grand Canyon!
The elevator pitch: Using a complex rig of multiple cameras and stitching the images into a cohesive composite in post-production, 360 Labs has created As It Is, an experience more immersive than any that has come before. Users can choose a fancy-pants virtual-reality system or plain ol’ video to go on a trip through the Grand Canyon, in which the viewer can freely look around the environment. As they put it, “It’s like Google Street View, but in video.” The preview (embedded below) is bananas.
Budget: $25,000
Runs until: May 14, 2015
“Shut up and take my money” factor: As incredible as the 360-degree-recording tool is—imagine what Jean-Luc Godard would do if he got his mitts on that thing—the key element is the environmental preservation aspect. The Grand Canyon will not be here forever, and it’s vital that the experience be preserved for future generations.
Most rewarding reward: A donation at the $500 level nets the user a “personalized, 360-degree PHOTOSPHERE in the Grand Canyon with the As It Is 360 Labs crew, placed on Google Views &, if approved, on Google Maps.” I may not know what a PHOTOSPHERE exactly is, but I know that I want one. (Which is the purest essence of American patriotism.)

Director’s Commentary: Terror Of Frankenstein
The elevator pitch: Rodney Ascher and Tim Kirk teamed up in 2012 for the mesmerizing documentary Room 237. While Ascher’s film The Nightmare gave audiences at Sundance the heebie-jeebies (Indiewire called it the “one of the scariest documentaries ever”), he was concurrently plotting with Kirk to record a new commentary track for Calvin Floyd’s 1977 film Terror Of Frankenstein with a group of commentators including the film’s star, Leon Vitali. They call it “less Mystery Science Theater 3000 and more Sartre, an icy satire of the monsters onscreen, behind the camera, and in the audience.”
Budget: $15,000
Runs until: April 30, 2015
“Shut up and take my money” factor: For cult-cinema obsessives, this could be a godsend. Hearing directors discuss the unanticipated second lives of their misshaped creations has a unique pleasure, and Ascher and Kirk’s passion for filmic minutiae has borne sweet, delicious fruit before. I imagine a lower-key version of Best Worst Movie, wherein everybody’s in on the joke.
Most rewarding reward: For a paltry $350, Ascher will meet a benefactor for lunch. (Los Angeles only, unfortunately.) There’s no better sounding board for your wild-eyed The Shining conspiracy theories. The world needs to know that Stanley Kubrick is actually three small children standing on each other’s shoulders in a trench coat.

Screen Slate: The Ultimate Moving Image Resource
The elevator pitch: Jon Dieringer has assembled an exhaustive site listing every film showing in New York City (that’s every film) that updates daily. It’s the ultimate consumer’s guide, a resource for everything from major releases to microcinemas and gallery showings. New Yorkers, never miss out on a one-night engagement from your favorite Swedish surrealist video artist ever again!
Budget: $20,000
Runs until: May 22, 2015
“Shut up and take my money” factor: This one practically sells itself. If you have ever once regretted missing out on a late-night screening of Repo Man or complained that nobody told you about a surprise filmmaker Q&A, you are the demographic of Screen Slate. The only downside is that it’s restricted to New York. Time to franchise, Dieringer! Chicago or bust!
Most rewarding reward: At the $1,000 level, filmmaker Steve Cossman will conduct a workshop on 16mm film that includes a roll of film, lessons on developing film, and hands-on editing training. If you want the old-school look, sometimes you’ve got no other choice than to employ the old-school methods.

Cat Island Documentary
The elevator pitch: Tucked away in a secluded corner of Japan, there sits an island called Tashirojima. Approximately 100 people call it home, but the island is overrun by hundreds of adorable stray cats. Landon Donoho shot a 10-minute short on the island, and now he needs your crowdfunding dollars to expand it into a full-length feature. It seems that he will supplement footage of the island’s overwhelmingly cute feline population with meditations on the culture of this secluded pocket of humanity, and the local way of life. Mostly cats, though.
Budget: $25,000
Runs until: May 10, 2015
“Shut up and take my money” factor: Look at the kitties! They’re so cute. That one just jumped off of a stair! Look at her go. That one looks happy as a clam! His little kitty face is all squinched up in a little kitty smile. I can actually feel the stress and anxiety melting off my shoulders as I watch the preview video. I need more of this soothing cat magic in my life, and now.
Most rewarding reward: In exchange for a donation at the $2,500 level, Donoho promises something awesome to be determined. His options are pretty tempting: “I'll fly you out and you can hang out with my own personal cat (not appearing in the film). Maybe we can go to Little Tokyo, but with cats, and film a documentary about it. Maybe I'll buy you a cat who's astrological sign matches your own. Probably something cooler than these.” It’s like Donoho knows how much I love cats. You win, Donoho. Here’s your $2,500 donation. God, I’m so weak. Now where’s my astrologically aligned feline pal?!