The Speculometron: Is The Wolf Of Wall Street moving to 2014? 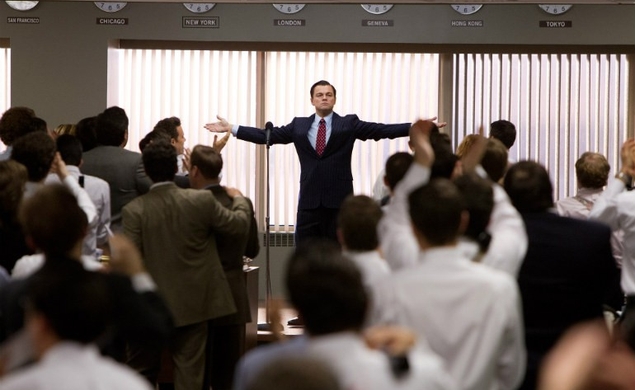 Using the most advanced computer technology ever invented, and a proprietary algorithm devised by a secret government think tank, The Dissolve created The Speculometron to determine the mathematical probability of the Internet’s latest movie rumors.

Rumor: Martin Scorsese’s The Wolf Of Wall Street is getting pushed from its November 15 release date, possibly to December or even to 2014.

Evidence: “Word is Paramount execs were getting their first look at the movie over the weekend, but almost no one has seen it yet as the director has been hard at work whittling down a typically massive first cut (with elements that would easily yield an NC-17 rating, by the way). At this point, a release date bump is looking very likely.”

The Speculometron’s calculations: The Speculmetron’s own sources recently provided vague but similar whispers that The Wolf Of Wall Street was very long, in need of editing, and running up against a very tight deadline to hit its original release date. Still, Paramount has yet to publicly confirm any move. (One studio rep told The New York Post’s Lou Lumenick that the film was “still on [their] slate for 2013,” which, he says, “is not the same as denying the move is under consideration.”)

If Wolf does have to move, The Speculometron indicates a switch to 2014 is more likely than one to later in 2013. As Tapley notes, Paramount already has several other high-profile December releases, including new entries in the Anchorman and Jack Ryan franchises. Plus the Oscar race is already getting quite competitive, with early favorites 12 Years A Slave and Gravity drawing enormous buzz. Factor in the money Scorsese’s Shutter Island made when it moved from October 2009 to February 2010, and a push to 2014 makes a lot of sense.