There is no Phil Lord and Chris Miller, there is only Ghostbusters III 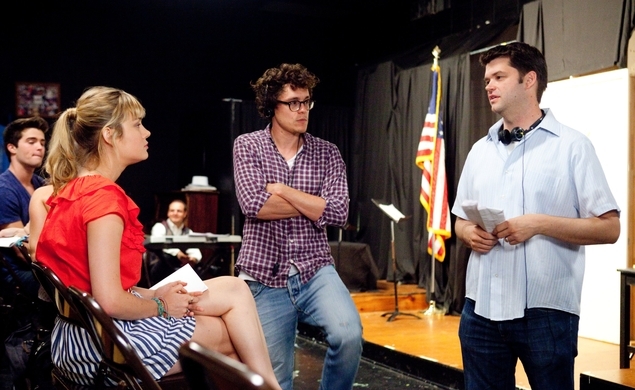 With the death of co-writer and star Harold Ramis and the admission that no amount of begging, pleading, or seven-figure checks can convince Bill Murray to wear a beige jumpsuit again, Sony seems to have finally committed to making another Ghostbusters movie without significant involvement from the original series’ members. Co-wroter and star Dan Aykroyd and director Ivan Reitman will still produce the film, but when (or if) Ghostbusters III happens, it will be with an almost completely new cast, and a new director.

Or directors; a few weeks ago, it was reported that the studio’s top choice for the gig was Phil Lord and Chris Miller, the hot duo behind 21 Jump Street, The Lego Movie, and the upcoming 22 Jump Street. Lord and Miller seem to have the Midas touch for turning barren properties into fecund fields of profit and creativity. They make crowd-pleasing movies that earn lots of money, get great reviews, and bring dead franchises back to life. No wonder Sony wanted them for the job; it’s seemingly the film they were born to make.

But Hollywood stories don’t always have Hollywood endings. According to TheWrap’s Jeff Sneider on Twitter, while Lord and Miller were the studio’s top choice to make Ghostbusters III, Ghostbusters III was not Lord and Miller’s top choice for their next project, and the duo have decided to “walk away” from the assignment because they “wanted to keep their options open.” In the parlance of Ghostbusters, I guess you could say they were worried they’d get caught in a trap.

And that’s probably the smart move. Ghostbusters III is one of the worst no-win scenarios in Hollywood history; it’s the Kobayashi Maru of incredibly lucrative directing jobs. The difference between Lord and Miller’s previous hits and Ghostbusters is no one expects very much from a Lego movie or a 21 Jump Street movie; they sound so terrible that the bar for success is set very low. The expectations for a Ghostbusters movie, on the other hand, will be sky-high. If the sequel doesn’t live up to one of the greatest and most beloved comedies of all times, it’s automatically considered a failure. So the search for a director who ain’t afraid of no ghost continues.