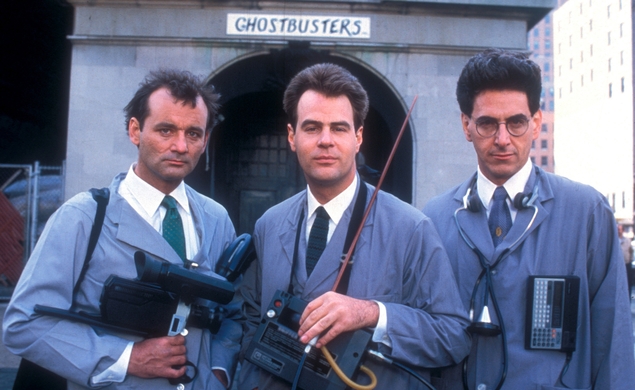 If I had a nickel for every time there was some big Ghostbusters III update that ultimately never amounted to anything, I could buy my own proton pack for capturing free-floating, full-torso, vaporous apparitions. The recent death of franchise co-writer and star Harold Ramis has altered, but not discouraged, plans to make a third Ghostbusters film, and last night, The Hollywood Reporter provided yet another update on the project. This one, though, feels a little different than the rest. Rather than continuing to try to reunite the old Ghostbusters, the studio finally seems ready to jettison the previous movies entirely and start from scratch with a full-scale reboot.

According to THR, Ivan Reitman, director of the original two Ghostbusters and planned director of the third, has now “stepped down” from the project. Reitman will remain as a producer, but the search will now begin to find a new filmmaker to replace him, and to direct the screenplay by writers Lee Eisenberg and Gene Stupnisky, which is still in a state of flux due to Ramis’ death:

“Earlier versions of the script, written by Eisenberg and Stupnitsky (with Ramis and Dan Aykroyd overseeing), was to feature both the original Ghostbusters and a new crop of characters. The more recent scripts shifted the project into more of a reboot than a sequel and featured the original members only in cameos.”

Even that may be changing now, too, though, as THR also has what is, as far as I can recall, the first confirmation that Bill Murray definitely won’t be back for another run as Dr. Pete Venkman despite years of cajoling by Aykroyd. Without Murray or Ramis all you have left for “original member cameos” is Aykroyd’s Ray (and maybe Ernie Hudson’s Winston). That might be more sad than exciting.

A Ghostbusters reboot is preferable to a direct Ghostbusters sequel. (Neither is preferable to both, but that’s not going to happen.) The next step will be to see whether, with Murray and Ramis definitively gone, they actually go full reboot and redo the original movie in 2014, casting young actors as Venkman and the rest of the old Ghostbusters. I have to believe, given Ghostbusters’ fans borderline-disturbing devotion to the material, that any attempt to recast the characters would not be well-received. On the other hand, that approach worked spectacularly for Star Trek, and that could be exactly the blueprint they wind up following. I ask you: Is nothing sacred? No. Other than money, the answer is no.