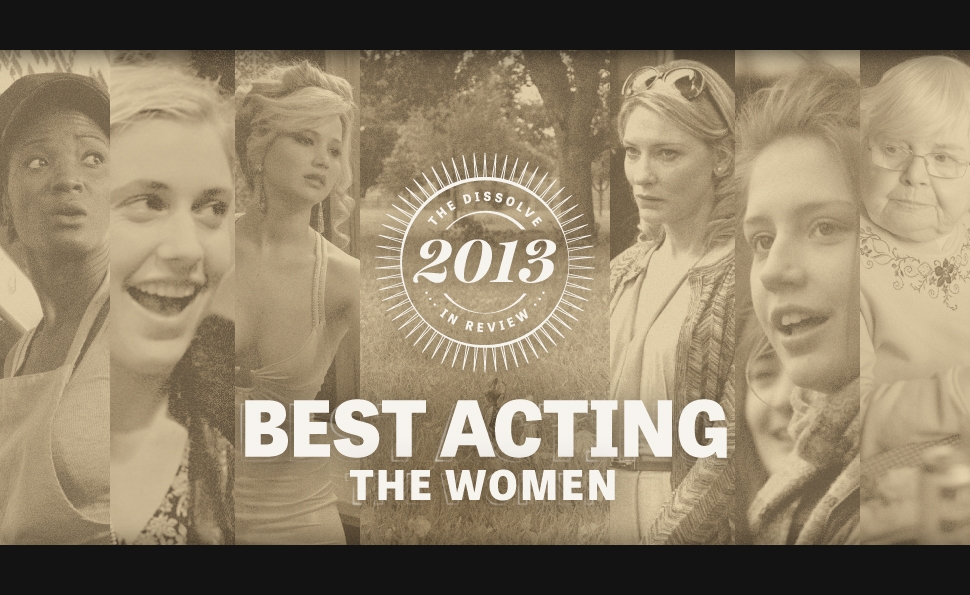 A look at the most notable films, performances, and other cinematic achievements of the past year.

Some years, it can be a struggle to find enough notable performances from women to fill out a list of the year’s best performances. Sometimes the roles just aren’t there, even though the talent is. Not this year, though: Even if, by and large, talented actresses still have to struggle to find the roles they deserve, 2013 made it hard to select a list of just 10 great performances. It’s an intriguing list filled with new faces and names that were on no one’s lips just a year ago, like Adèle Exarchopoulos, Lupita Nyong’o, and Amy Seimetz. That bodes well for the future, though the newcomers hardly shut out established actresses, or largely unrecognized lifers like June Squibb, who received the role of a lifetime at age 83. (Our list of the year’s best male performances ran yesterday.) 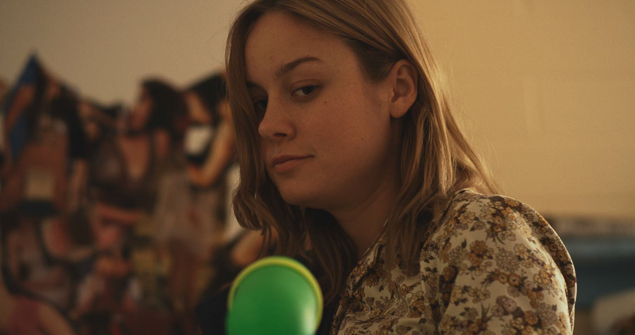 The power of Brie Larson’s performance in Short Term 12 lies in its extraordinary restraint. Part of that restraint can be attributed to her character’s job: Larson’s character Grace is a supervisor at a group home, and it would be unprofessional for her to express too much emotion, or make herself vulnerable to smart-ass teens prone to pouncing on any sign of weakness. But Larson’s beautifully modulated turn makes it apparent that her closed-off personality is a matter of not just surviving the tough, demanding world she inhabits, but also a personal history rife with trauma. In lesser hands, this could all be the stuff of overly earnest indie dramas or dour movies-of-the-week: the nurturer of troubled teens who hides her own intense pain, from herself and the people who love her as much as anyone else. But Larson and a spectacular script from writer-director Destin Cretton make it feel real, visceral, and raw. Larson lets audiences see the cracks in the wall Grace has built around herself, and when that wall begins to crumble, the effect is devastating. Grace embodies the everyday heroism in getting up every morning to do the essential jobs no one else wants to do, with the understanding that the reward for her efforts is a sustenance-level wage and a torrent of verbal abuse from the troubled, justifiably belligerent teenagers she identifies with more than most of them will ever know. 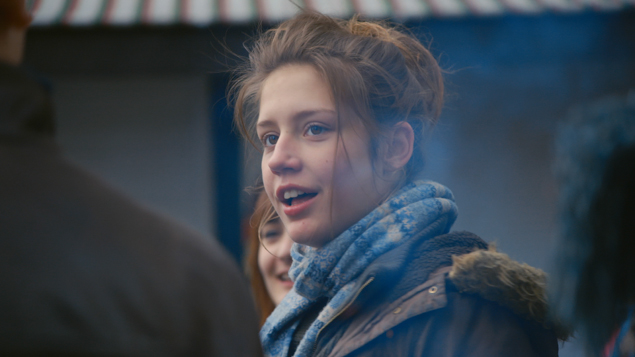 The original French title for Blue Is The Warmest Color is La Vie d’Adèle—Chapitres 1 & 2 (The Life Of Adèle—Chapters 1 & 2), referring to the teenager played by Adèle Exarchopoulos in Abdellatif Kechiche’s three-hour coming-of-age film. It isn’t a terribly distinctive title, but it more accurately reflects the experience of the movie, which seems to be primarily about Adèle’s stormy relationship with the blue-haired Emma (Léa Seydoux), but is more about documenting the entire scope of her young life—her love, her desires, her social class, her interest in literature and politics, her nascent career in education, all of it. There was no single character in 2013 as thoroughly explicated as Adèle, and Exarchopoulos plays her beautifully in big ways and small, from her voracious appetite for sex (and pasta) to her torrents of first-love emotion to her growing confidence in pursuing a career. Whatever Kechiche’s tactics for getting a performance out of Exarchopoulos, his inexperienced lead, she proves she has a lot to give. 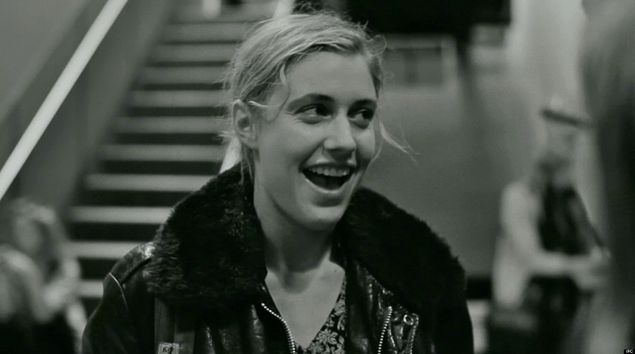 Greta Gerwig gets the best showcase of her career in Frances Ha, (which she co-wrote with director Noah Baumbach), playing a struggling dancer left adrift when her best friend moves out of the apartment they share. As she floats from one makeshift living arrangement to the next, her ebullient personality and seemingly indefatigable spirit are pushed to their limits. It’s a winning film with deep undercurrents of melancholy, and every scene takes its cues from Gerwig’s charming performance. Frances brings outsized dreams and a big personality to a world that doesn’t always want to accommodate either, but Gerwig makes it seem like it’s the world that has it wrong. 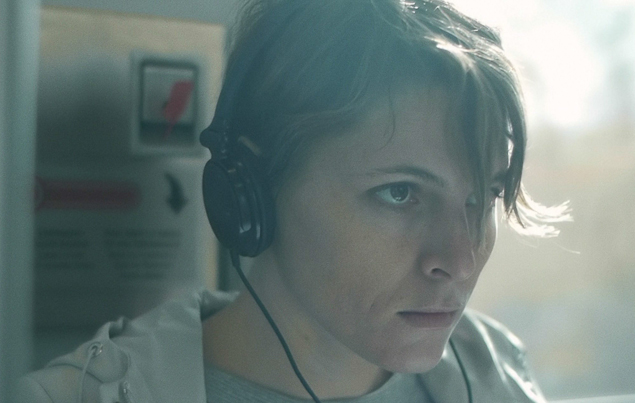 With a movie as abstract and allusive as Shane Carruth’s Upstream Color—which asks viewers, using visual cues almost exclusively, to grasp a plot that hinges on the spiritual connectedness promoted by the consumption of psychoactive worms—it helps to have at least a little solid grounding. Carruth helps ease the audience into his vision with Upstream Color’s first act, which shows how a criminal uses these worms to hypnotize and financially ruin a young woman named Kris. Carruth is aided immeasurably by the actress playing Kris, Amy Seimetz, who doesn’t give the kind of reserved, robotic performance common to heavy art films. She’s lively, emotional, and easy to connect with. Even when Upstream Color ventures further into alien terrain, the audience can just lock in on Seimetz, and feel her fumbling toward some solace. 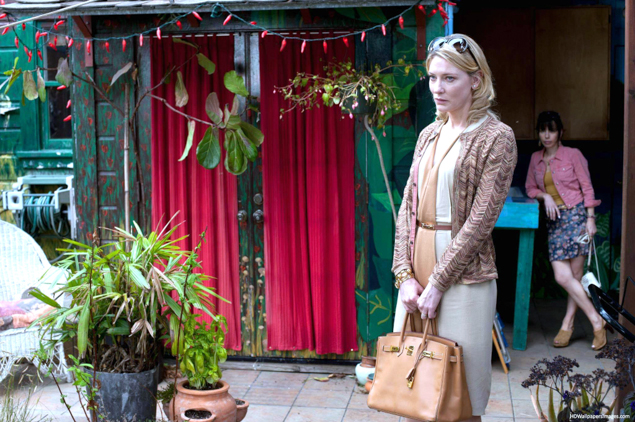 Woody Allen didn’t so much cast Cate Blanchett in Blue Jasmine as hand it to her. From the first frame to the last, Blanchett’s performance as Jasmine, a socialite who has to move in with her working-class sister (Sally Hawkins) following a financial scandal, holds the screen with her bottomless self-involvement and endless capacity to turn every moment into a personal drama. It says everything about Blanchett’s skills that she keeps Jasmine, while not exactly sympathetic, at least recognizably human. She understandably just wants things to be how they used to be, and she chases that impossible dream down a whirlpool of vodka, pills, and delusion. 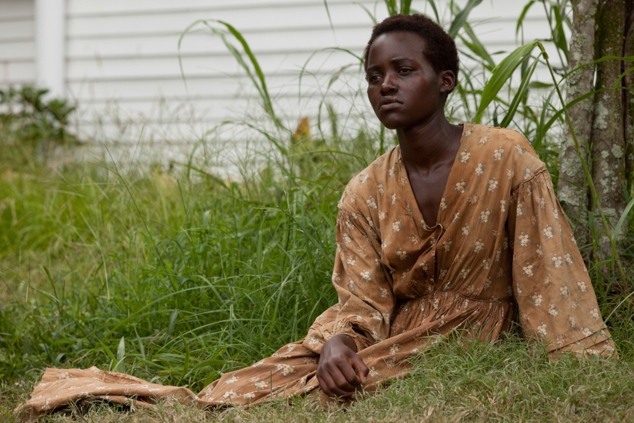 Lupita Nyong’o’s performance as Patsey in 12 Years A Slave is the most heartbreaking element in a film not short on heartbreak. Much of the brilliance of Steve McQueen’s film is tied up in the way it depicts slavery as a state in which those suffering under it learn, quickly, to submit and please in order to survive. Patsey has had a lifetime to learn that, and the misfortune to become, in the process, a favorite of her unhinged master (Michael Fassbender) and a favorite victim of his equally unstable wife (Sarah Paulson). Nyong’o might have played her merely as a victim and relied on the punishments visited on Patsey to evoke sympathy, but her performance is more complex than that, suggesting what it might be like to bottle up every complaint, desire, and wish for justice—and what might happen when that bottle breaks. 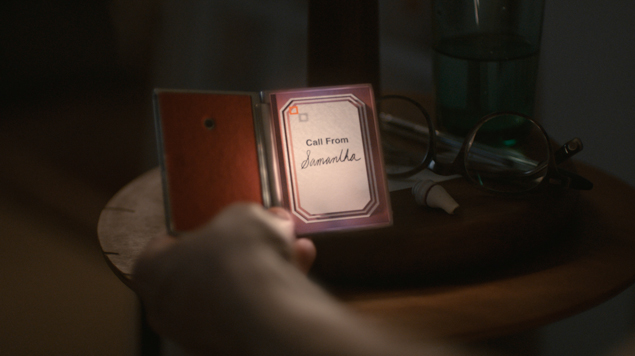 Ever since movie stars took over most of the voice work in animated features, the question of whether an incorporeal performance should be considered the equal of conventional ones has been raised again and again. Its disqualification for the Golden Globes notwithstanding, Scarlett Johansson’s voice-only work as Her’s sentient operating system should decide the matter once and for all. Her face and body are never seen, but that’s irrelevant—this is a full-fledged star turn, every bit as expressive as Robert Redford’s physical but nearly silent work in All Is Lost. Johansson’s character, Samantha, registers far more vividly than the vast majority of flesh-and-blood people in American movies this year, which is part of the point writer-director Spike Jonze is making. (He famously replaced Samantha Morton with Johansson in post-production, which is surely no slight to Morton. Johansson simply has a unique gift in this department.) Her simply does not work unless Samantha seems wholly, unmistakably alive, rather than just a cleverly programmed piece of software that can pass the Turing Test. Johansson puts a warm human spin on every word Samantha speaks, making it easy to believe Joaquin Phoenix’s hapless hero would fall in love with her—or with it, or—who cares? Her success in confusing the issue is one of the year’s supreme acting triumphs. 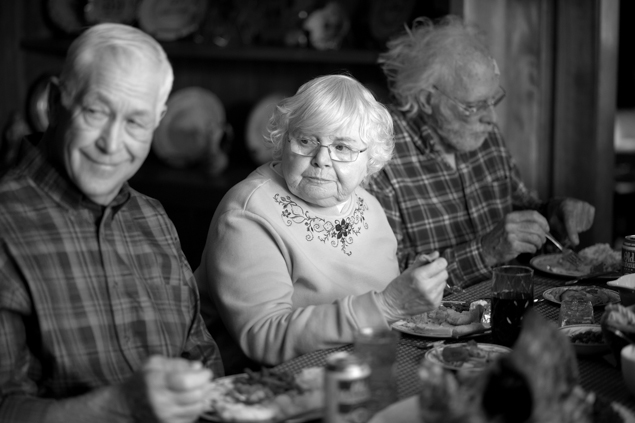 For about the first 45 minutes of Nebraska, a middle-aged big-box-store sales associate (played by Will Forte) is stuck in the Midwest, surrounded by people who spout bland pleasantries, if they talk at all. And then his mother Kate rolls into her old hometown, telling raunchy anecdotes about the people she grew up with, and defiantly standing up against the passive-aggressive pressure and judgment of her former friends and neighbors. Nebraska is a comedy with a dry, deadpan sense of humor, and in a way, Squibb is there to provide a more conventional kind of comic relief. But just as the film evolves in its second half—from a quirky road-trip movie to a more profound exploration of family roots—so does Squibb’s character become more than a bawdy joke. It’s clear that the townspeople still hold a grudge against Kate for moving her clan away, and her acerbic personality is her way of fighting back, defending the people she loves. Squibb plays both sides of Kate beautifully: the salty-tongued old lady, and the mother with a deeply bruised heart. 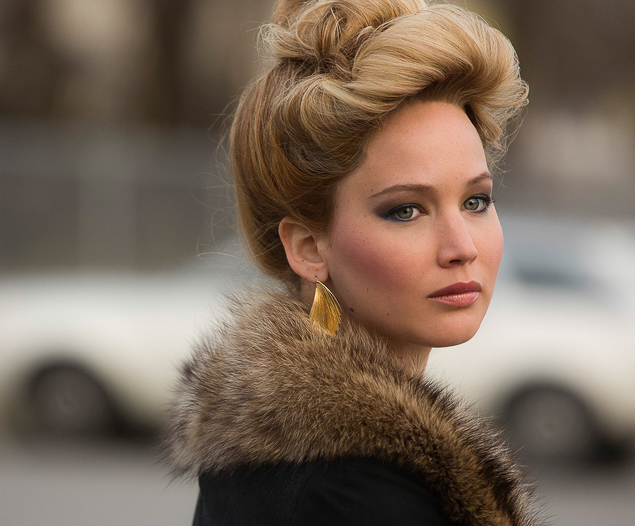 Jennifer Lawrence is the most convincing part of the Hunger Games movie adaptations, particularly 2013’s superior Catching Fire. But while she plays a lower-key, more natural role in those films, she’s much more striking in David O. Russell’s American Hustle, which lets her stretch away from the precocious, ultra-capable, ultra-serious roles that made her name. Lawrence is riveting as Rosalyn Rosenfeld, the tacky, brash, loud estranged wife of protagonist Irving Rosenfeld (Christian Bale), who’s found love elsewhere, but can’t stop crawling back to the woman he doesn’t dare divorce. Rosalyn is profoundly needy, but equally immature, and the script gives her plenty of opportunity to twist any situation to her own advantage, and to push the blame for her most indefensible actions onto any shoulders but her own. Lawrence clearly relishes the character’s complicated blend of malice, selfishness, and naïveté, and she throws herself into it with the kind of big, broad verve that looks great in Oscar clips, but not always within the movies that spawn them. In her case, though, she sells it convincingly—and disappears into the role in a way that’s often hard for actors so identified with a specific style of character. 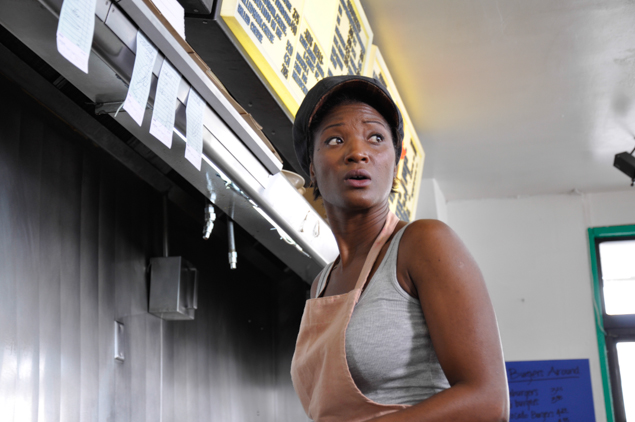 While John Sayles’ films have become more sluggish and didactic in recent years, his skill with actors has never faltered. Go For Sisters, his best effort in at least a decade, provides a magnificent showcase for the two women at its center, playing former high-school friends thrown back together when one of them is assigned as the other’s parole officer. LisaGay Hamilton does typically fine work as the righteous member of the duo, but the movie’s galvanizing revelation is the relatively unknown Yolonda Ross (Treme), who brings a tart frankness to the role of Fontayne, a reformed drug addict and newly self-identifying lesbian (she fell in love while in prison) who agrees to help her old friend look for her missing son. The emotional transparency of her performance cuts right through all the potential clichés about drug abuse and jailhouse sapphism; she’s alternately tough as nails and fragile as china, but never less than entirely credible. The dearth of movies about African-American women seems even more unconscionable after seeing the degree of available talent being squandered. Sayles reportedly wrote the part expressly for Ross; other filmmakers would be well advised to consider doing the same.