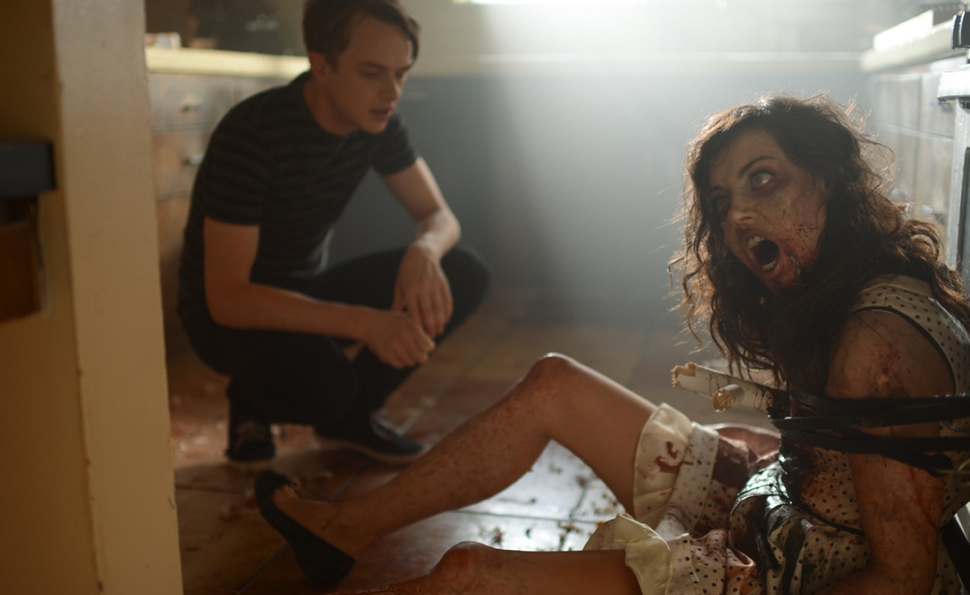 Much of the reason the zombie continues to be a deathless pop-cultural fascination is that it’s so malleable as a shambling, groaning metaphor. Zombies can be not-quite-living, not-quite-breathing embodiments of consumerism, conformity, slavery, disease, or even just Hollywood’s continued creative bankruptcy. In general, though, the zombie-as-metaphor tends to stand in for Big Important Ideas. In that regard, the please-don’t-call-it-a-“zom-com” feature Life After Beth is initially refreshing in its small-scale approach—the titular zombie in question, played by Aubrey Plaza, is simply a stand-in for young love that’s outlived its natural expiration date—though it ultimately succumbs to the temptation to go bigger, and subsequently stumbles.

At first, it seems Beth will be a more straightforward representation of the denial stage of grief. She’s a personification of the deep, obtrusive depression her moody boyfriend Zach (Dane DeHaan) goes through following her death. After Beth’s funeral, Zach hangs around her parents’ house too much, layers her huge rainbow scarf over his own all-black ensembles in the middle of summer, and generally annoys everyone around him as he obsesses over their last days together, which were, by his own admission, troubled. (Though it’s only referred to in passing, it becomes evident that Beth at least attempted to break up with Zach, which he may or may not have accepted.) But when Beth suddenly reappears at her parents’ home, without explanation for, or awareness of, her resurrection, Zach’s grief mutates into blind optimism. With encouragement from Beth’s parents (John C. Reilly and Molly Shannon), who are even more willfully blind to the implications of her reappearance, he conspires to keep Beth’s undead status a secret both to her and to the world at large. That becomes increasingly difficult as Beth’s behavior grows increasingly erratic.

Much of Beth’s erratic behavior takes the form of frantic teenage lust, which Zach initially receives with great enthusiasm (seemingly oblivious or indifferent to the necrophiliac implications of their coupling), and a panic-inducing fear of Zach leaving her side, even for a second. It’s in these details that Life After Beth temporarily becomes something more interesting than it ultimately is, exploring the unrealistic desires and expectations of a lovestruck teenage boy via a scenario that turns the girl who dumped him into an undead effigy. But first-time writer-director Jeff Baena doesn’t do enough with this idea, getting distracted by lazy humor (“What if zombie-Beth is driven to screaming lust by—get this—easy-listening music?”) and a late-film build to a large-scale (in conception, though not execution) zombie apocalypse that ends up going nowhere. The latter development is arguably intended to underscore Zach’s self-absorption, but with no evident causal link between his dalliance with Beth and the larger zombie uprising, it simply suggests a larger, more fleshed-out story that Baena gave up on telling halfway through.

The film’s overall lack of visual style—all dingy, underlit handheld shots—combined with DeHaan’s glowering presence, gives Life After Beth a mumblecore feel at odds with its high concept and ostensible tenderness. (Even that goes out the window in the film’s final act.) Plaza is admirably go-for-broke as the film’s chaos agent, particularly as the character devolves (decays?) into a more traditional zombie, but her increasingly outsized performance feels like it belongs in a different film, or at least a version of Life After Beth with a better grasp of tone. Plaza’s comedic style centers on detachment and absurdity, and it doesn’t mesh with either DeHaan’s twee earnestness or Baena’s vision for the film, which seems to consist primarily of assembling a bunch of comedic talent (in addition to Reilly and Shannon, Cheryl Hines, Paul Reiser, Anna Kendrick, and Jim O’Heir also make appearances) and then stranding them inside half-sketched situations where they have no recourse but to holler obscenities at each other until the scene finally, mercifully ends. The misused cast is just one of many examples of the unrealized potential of Life After Beth, a film that has good bones, but not enough meat, guts, or—most damningly for a zombie movie—brains.