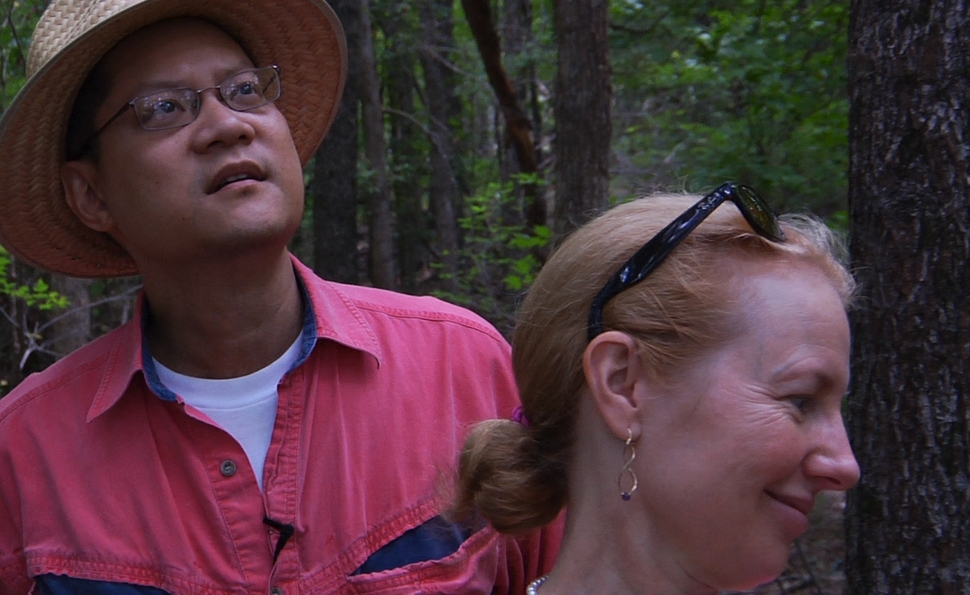 A Will For The Woods

A Will For The Woods is, technically, a film with an agenda. In exploring green burials, its makers make no secret of their belief in the environmental and spiritual benefits of all-natural resting places. But the movie conveys that belief in a way that differs from most contemporary documentaries, avoiding a reliance on neatly compiled statistics or (for the most part) depictions of heated pro-green vs. pro-traditional-funeral arguments to bolster its case. Instead, the four co-directors dial down the didacticism so they can gently, respectfully tell the story of Clark Wang, a psychiatrist with non-Hodgkin’s lymphoma and a determination to make eco-conscious decisions about his afterlife.

It isn’t a spoiler alert to say that Clark Wang dies in this movie. Even though he speaks about his hope that he can overcome cancer and more wholeheartedly pursue his two loves—folk-dancing and the cello—he’s also realistic enough to understand that a fourth-quarter Hail Mary probably isn’t going to happen for him. So while the cameras capture Clark engaging in the stuff of life—having dinner with his partner, Jane Ezzard; attending a dance class; visiting his parents—more of the movie’s running time is devoted to what Clark does to prepare for his  imminent demise.

In one early scene, Clark lies down in the biodegradable wood box that will eventually serve as his coffin, just to make sure he can fit in there, head to toe. The filmmakers tag along, too, as he visits the wooded spot where he’ll be buried, unembalmed, at Pine Forest Memorial Gardens, a cemetery in Wake Forest, N.C., that had never handled environmentally friendly funerals until Clark persuaded its manager to designate a green burial forest on its grounds. Clark and Jane also speak to the camera about what will happen in the days following Clark’s death with a calm frankness that’s both jarring and admirable. When Jane explains that she plans to blow up an air mattress so she can rest on the floor beside Clark’s body during his multi-day home funeral, he says, “We can always just open up the futon, you know,” with all the practicality of a man expecting out-of-town guests.

The co-directors of A Will For The Woods—Amy Browne, Jeremy Kaplan, Tony Hale, and Brian Wilson—attempt to broaden their narrative canvas a bit by introducing Joe Sehee, founder of the Green Burial Council, and accompanying him to the International Cemetery, Cremation & Funeral Association Convention in Las Vegas. There, the film provides a brief glimpse of the conflicts that can arise over how to promote green burials to the public at large. (“We can’t look like we’ve done it wrong for all these years,” one funeral director says.) But further attempts to take a higher-altitude view of the practice are dropped in favor of allowing the movie to remain Clark’s story. That story inevitably leads to his demise, an event that elicits sadness, but also an intense sense of curiosity. It’s not that anyone watching A Will For The Woods will want the remarkably centered Clark to die. Far from it. But his enthusiasm for the green-burial approach is so strong—and, admittedly, a couple of the dimly lit scenes preceding his death are so unnecessarily long—that it provokes eagerness to see how the eco-conscious memorial service will play out.

When the end finally comes in the intimately filmed last half-hour, A Will For The Woods transforms into a truly moving experience, and a testimony to the difference that a single life can make in the lives of others. It becomes clear that this isn’t just a documentary that seeks to demystify green burials. It’s one that tries, and largely succeeds, to demystify the process of letting go of life.