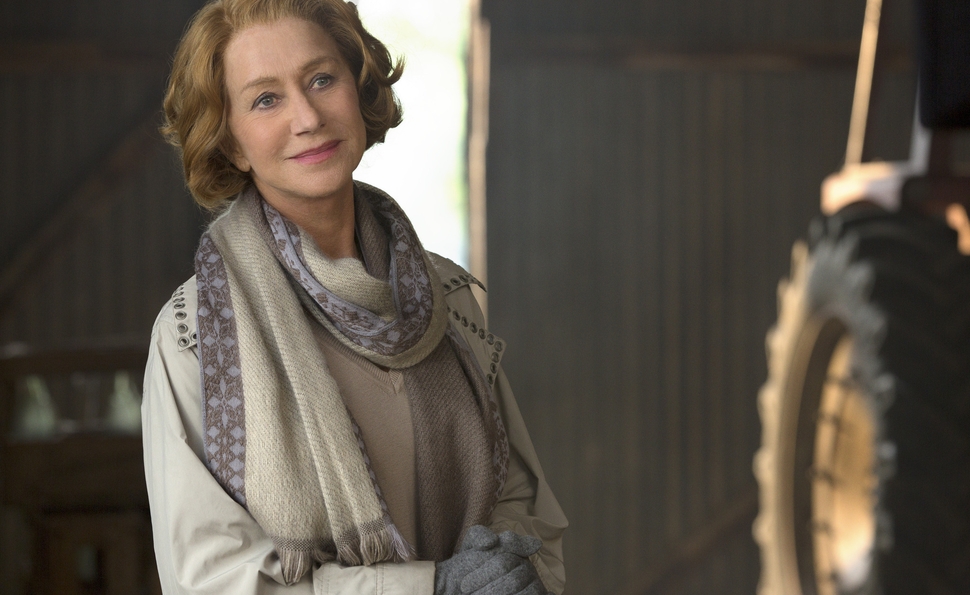 With assistance from producers Steven Spielberg and Oprah Winfrey, Lasse Hallström returns to the food-porn arena of his commercially successful earlier effort, Chocolat, with The Hundred-Foot Journey, an adaptation of  Richard C. Morais’ novel about the competition between a pair of restaurants in France, separated by only a sliver of geographic space, but a much greater cultural divide. Or are they? Initially, the film’s two chef protagonists share a fiery passion that leads them to butt heads, but they have a lot in common, which makes the thawing of their relationship more inevitable than surprising.

Then again, nothing is surprising about The Hundred-Foot Journey. It’s a film that telegraphs all its beats and character arcs, executes them adequately but without passion or personality, then congratulates itself on a job done. Sadly, it took a lot of talented, accomplished people to make a film this boring and mediocre, particularly Hallström, who once upon a time made sensitive explorations of the fragile psyches of young people, like My Life As A Dog and The Cider House Rules, but now just seems content with polished mediocrity. The Hundred-Foot Journey feels designed primarily to appeal to fans of the bestselling novel upon which it’s based; the filmmaking is creaky, shapeless, and overlong in a way that suggests Hallström tried to fit all the action from the book onto the screen, whether it makes sense for the movie or not.

Om Puri plays Papa as a strong-willed patriarch who leaves his native India after an accident that costs him his beloved wife, though she lives on as a (thankfully unseen) spirit who guides the family’s action and provides invaluable counsel. The family moves first to England and then to France, where their car breaks down in a village in what the superstitious Papa sees as an act of destiny. Papa decides to open an Indian restaurant in the quaint village, undeterred by his grown progeny’s contention that the French aren’t interested in Indian cuisine. He also isn’t bothered by the existence of another restaurant just across the street. That restaurant isn’t just a neighborhood staple, but a world-class Michelin-starred eatery run by the evil Madame Mallory (Helen Mirren), who has devoted all her resources to the restaurant since her husband died.

At first, Mallory wages a whisper campaign against her unwanted competitor, one that often takes on a vaguely racist, undeniably xenophobic tenor. But the two bitter rivals get a little closer when Papa’s son Hassan (Manish Dayal) strikes up a friendship with Mallory’s employee Marguerite (Charlotte Le Bon). Will this handsome young Indian man whose sole feature is his insatiable quest to make the best food possible find cultural-boundary-defying love with a beautiful French gamine whose sole feature is also her insatiable quest to make the best food possible?

There’s a lot of lofty talk in The Hundred-Foot Journey about food representing the passion and lust for life at the core of human existence, and despite the principals’ hot tempers, the movie only ever threatens to come alive when Hallström is lingering on shots of food being prepared or eaten. Not even old pros like Puri and Mirren can wring any spontaneity out of their characters’ familiar journeys from seething hostility to reluctant respect to friendship and then something more.

The Hundred-Foot Journey is so dull and sleepily paced that it often seems like it’s moving at an hour per foot. For Hallström, the film feels like a sad, halfhearted attempt to franchise the sexy commercial elements of Chocolat—a popular favorite that’s essentially nothing but sexy, commercial elements—but he’s ultimately microwaving the leftovers.