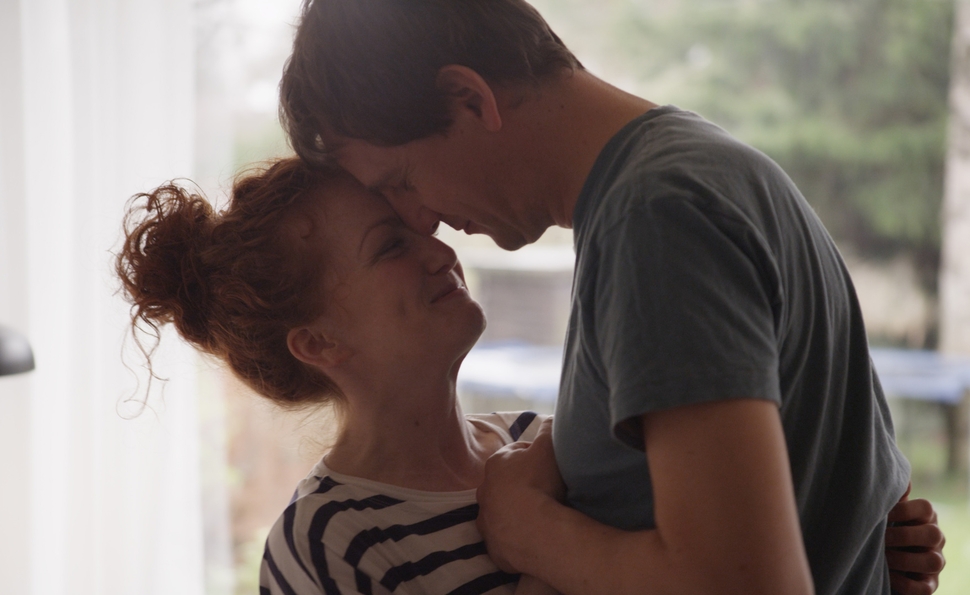 If contemporary Hollywood comedies have taught moviegoers anything about the modern-day middle-aged man, it’s that he’s stuck in a state of arrested adolescence that can be pathetic, but mostly sends him into hilarious, madcap situations. Guys who can’t grow up get to do the coolest stuff: start college fraternities, crash lavish weddings, get Katherine Heigl pregnant, secretly participate in fantasy-baseball leagues in the same movie in which Katherine Heigl gets pregnant, bro out at Rush concerts, and become interns at Google even when they’re technically only a few years away from becoming AARP-eligible.

Norwegian writer-director Martin Lund views stunted adult males a little differently. In The Almost Man, Lund conducts an unsettling character study of Henrik (Henrik Rafaelsen), a 35-year-old whose slowly revealed unpleasantness manages to out-creep even the off-kilter hostility of Ben Stiller in Noah Baumbach’s Greenberg. The movie introduces Henrik as a guy with a new job, an attractive and spirited girlfriend (Janne Heltberg) who’s expecting their first child, and no idea how to operate happily in the world as a responsible human being. At first, Lund seems poised to mine that situation for laughs. In an early scene, when Henrik attends a seminar with his co-workers, they decide he doesn’t look like a Henrik at all, then run through a list of other names that would better define their seemingly reserved new colleague. “I see you as a Håvard,” says one guy with absolute conviction. “I’m getting a real Håvard vibe.” The subtext of all that dry humor is that Henrik lacks a strong sense of identity, but also that other people can’t put their finger on who he really is, either. That slipperiness matches the movie’s tone. Just when The Almost Man starts giving off a real Todd Phillips vibe, it takes a sharp turn into Todd Solondz territory.

Henrik and Tone, his girlfriend, establish themselves immediately as goofball lovers of playing pretend. But their idea of pretend starts to skate too close to the bone. “Have the damn abortion,” Henrik suddenly tells her during a grocery-store run, sparking a bitter argument that turns out to be just an excessively dark attempt at role-playing, one that Tone cautions has gone too far. Henrik’s interactions with his booger-flicking band of best friends cross similarly socially unacceptable boundaries. As the film progresses, Lund pushes Henrik’s personality progressively further from superego and closer to id. That arc keeps viewers off-balance and unsure what to expect from their protagonist, portrayed by Rafaelsen with a lazy resignation that’s interrupted by spurts of boyish bravado and unexpected anger. Those who come to The Almost Man anticipating a subtitled version of a Judd Apatow movie may be annoyed by those narrative choices. But as a tightly constructed look at the more serious symptoms of Peter Pan syndrome, The Almost Man mostly works. The fact that it departs from the usual vehicles for good-natured, non-threatening Vince Vaughn jackassery is refreshing, albeit in an often jarring, disturbing way.

“Can you dance without irony?” Tone asks Henrik at one point when he’s busting some self-consciously silly dance moves to Lionel Richie’s “All Night Long.” That question may come back to haunt some viewers of The Almost Man at weddings and bar mitzvahs for years to come. But Tone—whose good-humored acceptance is tempered in Heltberg’s performance with an appropriate take-no-bullshit attitude—is really asking something else: Is it possible for Henrik to just comfortably, openly be himself? In The Almost Man, Lind seeks an answer to that question, but the conclusions he reaches are never pat. Henrik has to deal with the fact that he’s knocked up a woman he cares about, and is about to become a father. But he’s no Seth Rogen.