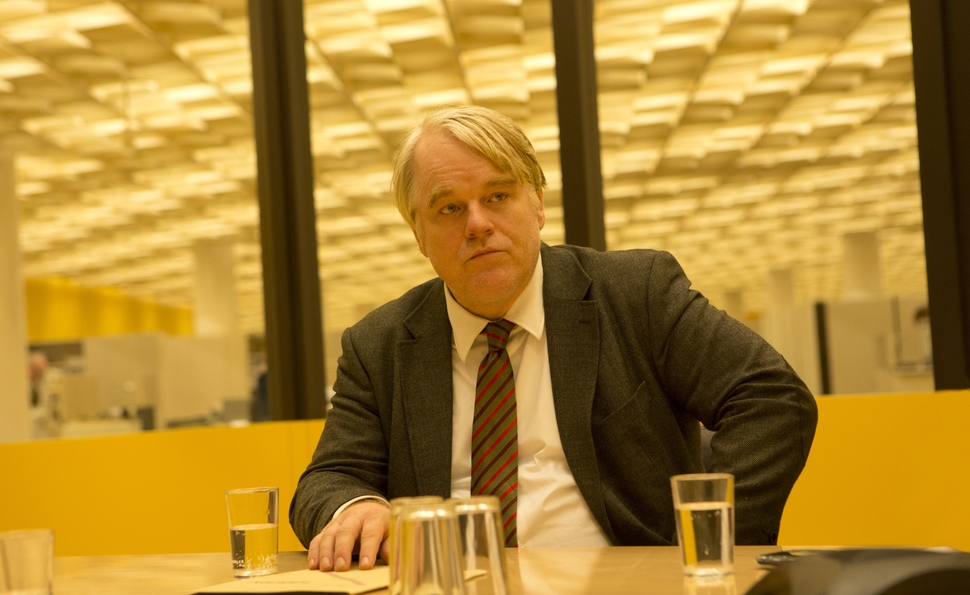 The shocking, widely mourned death of Philip Seymour Hoffman lends an additional element of gravity to his films, which, with the exception of a few outliers like Along Came Polly, tend to be heavy and somber already. Onscreen, Hoffman was a man of constant sorrow, his characters often weighed down by internal struggles, uncontrollable addictions, or mad quests for power. Hoffman’s career represented a series of formidable challenges conquered; the notion of coasting seemed antithetical to the way he carried himself professionally. If a role didn’t demand everything of him, he seemingly wasn’t interested.

Hoffman’s death casts a long shadow over A Most Wanted Man, one of his final projects. But the film would be grim and heavy no matter who starred. Every element of A Most Wanted Man radiates solemnity: a plot involving a complicated international campaign against terrorism, its Hamburg setting, its roots in a John Le Carré novel, and direction by Anton Corbijn, who made his name with photographs and music videos that helped define Depeche Mode’s mall-gothic aesthetic, before he turned his attention to chuckle-fests like the Ian Curtis biopic Control.

This intense seriousness extends to the conception of Hoffman’s character, Günther Bachmann, a veteran German anti-terrorism agent tasked with recruiting double agents within Hamburg’s Islamic community to help him get to, and possibly recruit, a popular, seemingly moderate Muslim professor suspected of aiding terrorist groups by laundering money through a shipping-company front. A flask invariably nearby, the beer-bellied Günther is haunted by a botched operation in Beirut that’s referenced early and often, as well the scars of what has clearly been a difficult, exhausting life. As the film opens, Günther has trained his attention, and his team’s cameras, on Issa Karpov (Grigoriy Dobrygin), a half-Russian, half-Chechen with a thousand-yard stare and a brooding, intentionally cryptic air, who arrives in Germany looking shell-shocked and barely alive.

Issa is a wild card: Günther suspects he will use the millions of Euros he inherited from his hated Russian father to fund radical Islamic terrorism through the professor they’ve been watching, but the intense young man betrays nothing with his face. He’s a stone wall who only begins to open up a little once Annabel Richter, an idealistic civil-rights lawyer played by Rachel McAdams, takes him to a safe house to protect him, and the walls he’s built around himself begin to come down.

A Most Wanted Man is light on action setpieces and long on political gamesmanship and moral ambiguity. It inhabits a world of shadows and complexity, a realm so cloudy that when enigmatic CIA agent Martha Sullivan (Robin Wright) tells Günther her aim is to make the world a “safer place,” her words ring with ghoulish irony, since it’s entirely possible that these veteran players’ efforts will make it more dangerous.

Corbijn is a music-video veteran, but his direction is surprisingly understated and methodical, less concerned with individual images or standalone sequences than with closely watching his characters as they closely watch each other, often through surveillance equipment. Corbijn favors a desaturated color palette that makes Hamburg look like a grim industrial hellhole, which adds to the film’s feeling of bone-deep exhaustion, captured in Hoffman’s dryly witty performance as a man chasing one last shot at redemption with the knowledge that he’s almost assuredly doomed.

A Most Wanted Man is a cold film that examines its characters from a clinical distance, but its iciness gives way to raw emotion in a powerful final sequence where Günther—who’s been playing a long, tricky game—comes to realize just how insignificant he is within the context of global espionage, and that the assurances he’s been given mean next to nothing in a world where only the end results matter. Everything has been building up to this moment, and the devastated look on Günther’s face conveys that this hard, jaded, but still humane man has lost what little faith in humanity he had left. Like everything before it, this moment also conveys what Hoffman could bring to a film, and what a devastating loss his death represents.