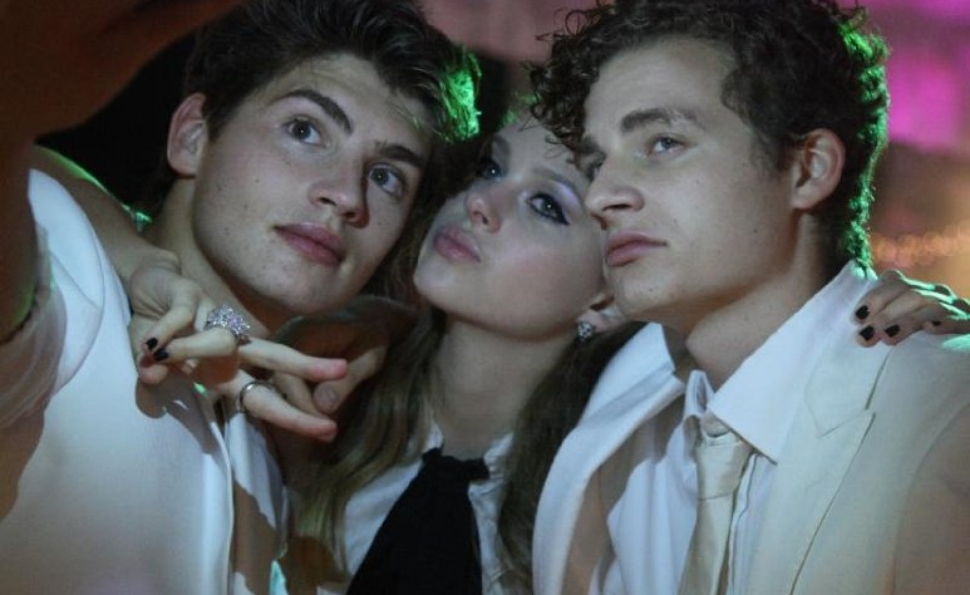 In a framing sequence around the listless “Hey, did you know one-percenters are awful?” melodrama Affluenza, Roger Rees, who played a condescending rich guy on Cheers in its later seasons, makes a brief appearance as a condescending rich guy. He’s an investment-firm CEO, in fact, one of the people who did their best to bleed the United States into a depression in 2008, when Affluenza is set. He’s summoned aspiring photographer/thriving pot dealer/guy with no first name Fisher Miller (Ben Rosenfield) to his office on Wall Street to tell him in person that he doesn’t think Fisher’s photos are any good, and neither are his peers.

“These pictures don’t represent the rise of a new generation; they perfectly capture its decline!” he thunders. Apparently director Kevin Asch and screenwriter Antonio Macia, who share story credit, believe this scene is such a potent, laser-guided, bunker-busting truth bomb, it deserves to be their film’s cold open and its climax.

Whatever, dude. That old Scrooge McDuck is right about one thing: Fisher’s photos—all catalog-style shots of spoiled teens (including the CEO’s stepson, Dylan) at play in their various Long Island mansions—are unremarkable. But they’re meant to convey that Fisher, unlike the brats who welcome him into their dissolute ranks for the summer because he has access to good weed, has a functioning soul.

As the film opens, Fisher’s stereotypical movie-stockbroker uncle (an unrecognizable Steve Guttenberg) is browbeating Fisher’s gay father for being gay and not being a stockbroker. (Instead, he’s in the business of shouting “I am in the business of making money!” into telephones.) Fisher asks to stay with his Uncle Phil and Aunt Bunny (!) for the summer, because being closer to Manhattan will somehow help him get into art school in three months, even though he hasn’t applied yet. Mostly, he sulks around Phil and Bunny’s estate when his vapid cousin Kate (Nicola Peltz) isn’t reluctantly bringing him along to lavish, anything-goes parties at the even-bigger mansion of their neighbor, Dylan Carson. His mother married into their money, Kate notes sourly.

Dylan (Gregg Sulkin, radiating confusion rather than smug entitlement) offers to convince his influential father (Rees) to help Fisher get into art school if Fisher helps him woo cousin Kate. It’s a quaint device that has powered many a centuries-old romantic comedy, and it seems wholly unnecessary here, given that Kate starts making out with Dylan within minutes of their first conversation. He’s as obsessed with Kate as Gatsby was with Daisy Buchanan. (And he just might be living in Gatsby’s house.) But she also continues to see her old boyfriend, in a conflict that sucks up a disproportionate share of the movie’s under-motivated 85 minutes. Every so often, Asch cuts to President Bush or Senators Obama or McCain speaking on TV to remind everyone that many of these high-living people are about to go broke. But if Asch intends to draw a thematic link between this shrugging love triangle and the looming fiscal meltdown, it eludes him.

Guttenberg, meanwhile, manages to elicit some wholly undeserved sympathy as a broker too lowly to be granted a golden parachute, who knows his wife will leave when the money goes. “You think I fucked up?” he demands of Fisher, pointing his thumb at Fed chairman Ben Bernanke on his big-screen TV. “These are the smartest guys in the room!”

Among the hard-partying younger set, only Rosenfield stands out as an actor who might flourish when given stronger material. In the roles of Kate and her friend Jody, who shows a passing sexual interest in Fisher before vanishing from the movie, Asch has unhelpfully cast two actors—Peltz, currently appearing in Transformers: Age Of Extinction, and Valentina de Angelis—who look and sound so much alike, it’s nearly impossible to tell them apart. There’s little reason to try. Nothing is revealing or surprising in this horse-beating tale of spiritual poverty among the extremely wealthy. It’s uninvolving enough to make Ayn Rand herself beg for a bailout.