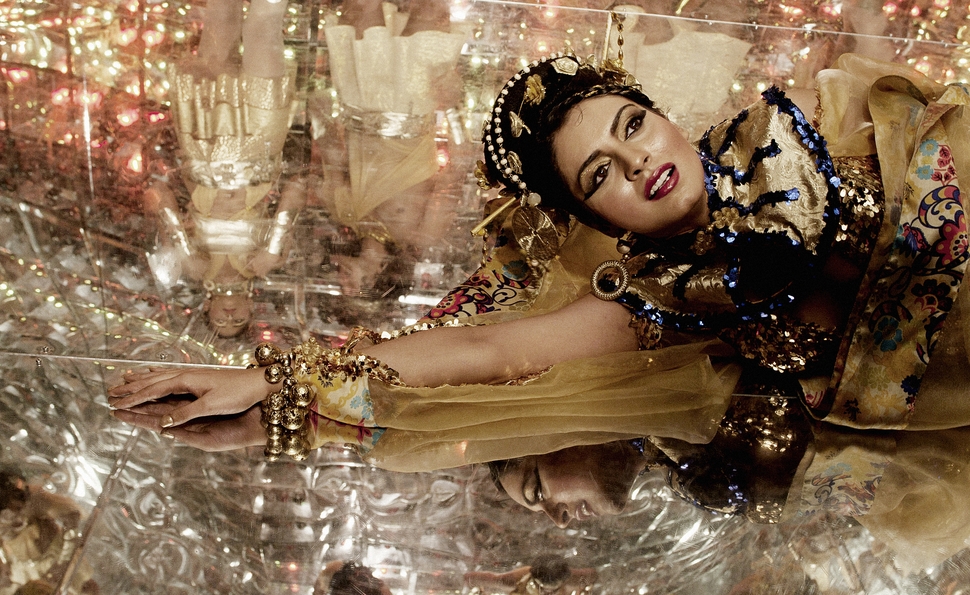 Most people don’t want to know how the sausage gets made, especially when that sausage is seedy underground pornography featuring women whose performances weren’t directed so much as coerced. Shooting pornography is a serious criminal offense in India, so in the days before the Internet leapfrogged the country’s restrictive decency laws, C-grade smut was produced and peddled like drugs. Compared to the cinematic cesspool of Mumbai in the late 1980s, even the climactic portions of Boogie Nights are practically a fairytale.

Ashim Ahluwalia’s morbid interest in the darkest annals of his country’s national cinema has sparked his own career as a filmmaker; for years, the Bard graduate has toiled to make a documentary about the underbelly of the Indian movie business. But Ahluwalia’s efforts were stymied by the fact that few of his subjects were willing to appear on camera, which is in itself a telling indictment of how severely India policed its porn. (The distribution of pornographic materials is still illegal.) Determined to shine a light on this underworld one way or another, Ahluwalia called an audible and diverted his efforts toward Miss Lovely, a lightly narrativized work of historical fiction that re-creates the era from the ground up, then snakes through it like a Scorsese tracking shot on ketamine.

The plot, such as it is, follows siblings Sonu (Nawazuddin Siddiqui) and Vicky (Anil George), porn producers who are rotting away in the lower depths of a seemingly bottomless industry. Sonu is neither noble nor especially bright—in fact, he’s often especially stupid—but he’s the hero by default, a veritable saint by comparison with his cutthroat older brother. The film follows these partners in crime up the ranks of Mumbai’s stinking smut kingdom, as their tenuous fraternal bond is strained by Sonu’s aspirations of making a romantic movie, and also by the fact that Vicky is a complete sociopath. All matter of unclean shenanigans ensue.

Miss Lovely doesn’t merely eschew the plastic Bollywood spectacles that have come to define India’s commercial cinema, it’s openly contemptuous of them. Ahluwalia’s fluid concept of time, as well as his almost-all-encompassing approach to form, direct attention behind the screen in a way that transcends the filthy trappings of the story’s limited milieu.

Miss Lovely looks, sounds, and moves nothing like contemporary Indian cinema as it’s been sold to Western audiences. The films within the film crib heavily from Dario Argento, while the brunt of the action dilutes that giallo musk with the somnambulant style of Nicolas Winding Refn and Goodfellas’ rat-eat-rat power dynamics. It’s a stiff cocktail that tastes a lot better than it smells, so evocatively shot on color-faded Super 16 and 35mm that the audience can almost smell the crusted semen on the seats of the porn theaters. It isn’t always appetizing, but Ahluwalia’s commitment to accurately capturing the era’s aesthetic almost compensates for his failure to mine a good story from a great setting.

The film’s genesis as a documentary is apparent throughout, as Miss Lovely seems to have even less concern for its characters than they do for each other. Ahluwalia is intent on plumbing a clogging toilet, and the people he finds on the way are just things clogging the drain. While such an unforgiving tale about violent self-interests is a natural fit for this world, the terrible things Sonu and Vicky do to each other and the people around them are never as interesting as the horrors from which Ahluwalia has decided to spare his audience. Miss Lovely is rampant with half-opened doors hiding all sorts of unseemly behavior, but the film’s attention is split between depicting hell and serving as the viewer’s Virgil. The tour makes it clear that the devil is in the details, but Ahluwalia’s grindhouse insights are shrouded by a stubborn, frustratingly opaque narrative that sacrifices purpose for shape until both are nearly lost.