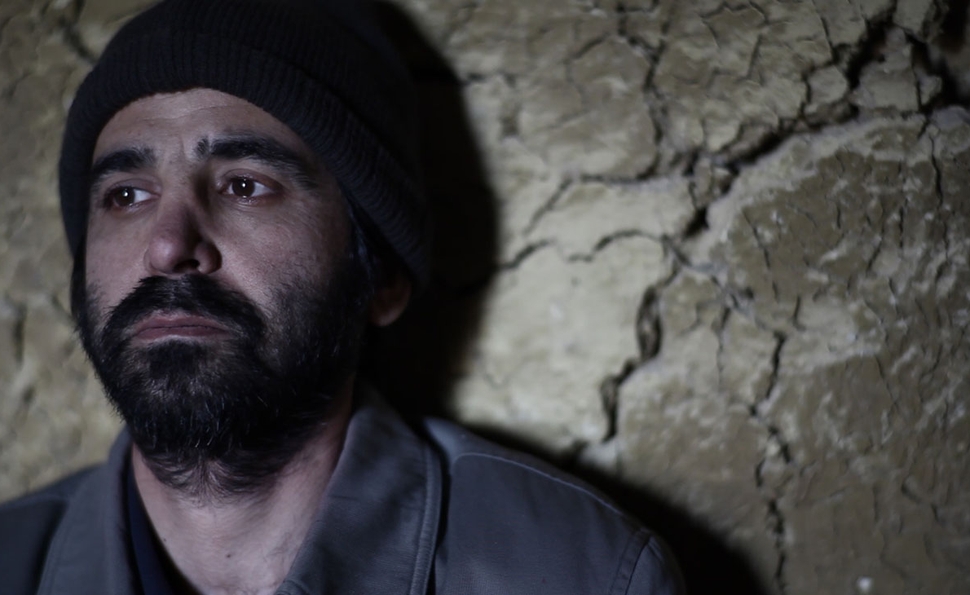 The existence of Mohammad Rasoulof’s Manuscripts Don’t Burn is a luxury not to be taken for granted, and its dissemination and debate in America even more so. While Rasoulof is one of Iran’s foremost contemporary auteurs, not a single film in his oeuvre has ever been legally distributed in his native country. The same is true for Rasoulof’s latest film, which was surreptitiously shot on location in Tehran after he was sentenced in 2010 to six years in jail (later reduced to one) and a 20-year prohibition from filmmaking for “assembly and colluding with the intention to commit crimes against the country’s national security and propaganda against the Islamic Republic.” Still, no matter how improbable, impressive, and illegal it is that Manuscripts Don’t Burn was clandestinely made under the nose of the Ahmadinejad regime, Rasoulof’s dissident return to filmmaking is ultimately little more than a sporadically searing, though more often unfocused and listless treatise on the pervasive censorship enforced by the autocratic Iranian government.

Drawing from the Chain Murders of Iran, which occurred from 1988 to 1998, the film picks up after a botched assassination of the country’s premier intellectuals, who were on their way to a convention when their bus nearly fell off a cliff and into a ravine. The attempted murder of these incendiary aesthetes—writers, poets, etc.—was concocted by the government, prompting Kasra, an author who witnessed the attempt, to recount it in vivid detail. Fully aware that such provocative prose could lead to incarceration, Kasra gives two copies of his manuscript to trusted colleagues, Kian and Fourouzadeh.

Unfortunately, the Iranian censorship department, spearheaded by an ex-intellectual turned tyrant, is omnipresent, tapping the phones and wiring the homes of every writer deemed part of the “cultural NATO”—i.e., any free-thinking intellectual who refuses to be docile. To prevent anything resembling dissenting opinions from being published, the government moves beyond censorship and into violence. This is where the other half of Manuscripts Don’t Burn’s narrative comes into play, as the government hires a pair of professional killers to do whatever’s necessary to keep Kasra’s memoirs from seeing the light of day.

This jarring narrative juxtaposition, hell-bent on showing both sides of the equation—the victim and the persecutor—ends up being the film’s most damning shortcoming. Although it’s clear where Rasoulof’s sociopolitical allegiances lie, he tries to paint as even-handed a portrait of this situation as possible. For example, Rasoulof attempts to humanize Khosrow (one of the killers) by making him a middle-class father who isn’t murdering people “for the money,” but for his sick child who needs to be hospitalized. All this is gleaned from lengthy conversations between Khosrow and Morteza (played by Rasoulof), which jaggedly dovetail into scenes where the three writers, despondent and enervated, lament their living and working conditions. “If, after all these years, you still don’t know what life’s like here,” Kian says, “dying isn’t a bad idea.” It’s a foreshadowing line, illuminating the pessimism that has permeated the intellectual community.

What should be a seamless transition from one side of the story to the other comes off as two films lodged into one. The disparity between the vile security apparatus and the writers is perceptible, but rarely felt. The characters in Manuscripts Don’t Burn are drawn thinly, each serving as a mouthpiece for political problems, fears, and desires rather than acting on them.

Rasoulof’s script only sparks to life when it depicts the government pitting writers against one another through brute force and blackmail. It resembles what occurred at the height of McCarthyism—government officials forcing artists to deceive their colleagues and abandon their livelihoods in order to keep working and avoid being blackballed. In these scattered scenes, Rasoulof seems to not only draw from history, but from his own experiences with Iranian censorship.

Making matters even bleaker, Manuscripts Don’t Burn is as visually claustrophobic as movies come. Employing tight close-ups and a color palette limited to industrial grey, Rasoulof caustically depicts a dire, hopeless environment, fitting for the quandary in which these intellectuals are ensnared. His aesthetic choices aren’t always effective, but they shouldn’t be surprising, considering that as of September 2013, Rasoulof is being held captive in Iran after the government confiscated his passport. As of today, he is still unable to leave.