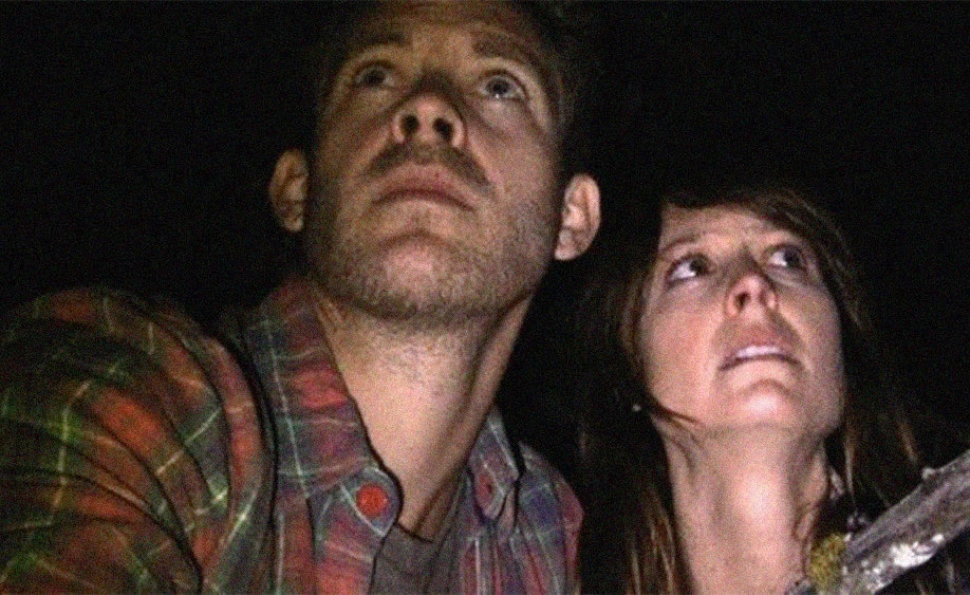 Here’s the pitch: A found-footage horror movie about young people making a documentary on a piece of backwoods supernatural lore. They interview the townspeople, who are a little creepy, laugh off any and all portents of doom, and head into the surrounding forest. Once there, they’re stalked by some encroaching offscreen force. They get lost, they fight a lot, and they keep the camera running at all times. That movie is called The Blair Witch Project. That movie is also called Willow Creek, from writer-director Bobcat Goldthwait. Willow Creek counts as a departure for Goldthwait, not because it’s an unexpected foray into horror—eclecticism has been his defining trait as an independent filmmaker—but because his loglines are usually more original. Here’s a man who made an insightful relationship drama about a woman whose sexual history includes a canine encounter (Sleeping Dogs Lie) and an acrid comedy about a father spinning the biography of a terrible son who died of autoerotic asphyxiation (World’s Greatest Dad). Another Blair Witch redux seems out of character.

Then again, Goldthwait does it better than most, because his humor and perceptiveness carries over to the genre. Where most BWP-inspired found-footage films struggle in the early section, when actors typically dick around in half-improvised scenes before the terror takes over, Willow Creek dithers with snappy wit. As Jim (Bryce Johnson) drags his girlfriend Kelly (Alexie Gilmore) deep into Humboldt County, California, to shoot a documentary about Bigfoot, the two playfully argue about the beast’s existence (Jim’s a believer, but Kelly scoffs), fool around with the camera, and make fun of the Bigfoot Burgers, tacky murals, and other tourist kitsch that suffuse the area. As they set about interviewing the locals, Jim and Kelly get a few warnings about their plan to hike out to the site where Roger Patterson and Bob Gimlin’s footage of Bigfoot was shot, but they press on into the forest anyway, to their eventual peril.

In broad strokes, virtually everything that happens to Jim and Kelly once they enter the forest happened in The Blair Witch Project: the weird noises and signs, the squabbling, the fruitless daylight hiking, the dashing into darkness, etc. (And yet it’s all still terrifying, in spite of its familiarity.) But the Goldthwait touch makes a difference. Not many other filmmakers would think to stick a complicated romantic crisis in the middle of a haunting, but Goldthwait draws out the subtle ways in which Jim and Kelly are short of compatible, starting with Jim misreading Kelly’s level of support of his gung-ho mission. He also stages the bulk of a nighttime howl-fest in a single, masterful 20-minute take inside the tent, as the couple brace against the encroaching claps and yelps that assault them like Dolby surround. By not cutting or moving the camera, Goldthwait heightens the terror of being penned in one spot, helpless against some unseen, unimaginable threat.

Amid the glut of found-footage horror films, a sequence like that may be distinction enough, a formal centerpiece in a subgenre that’s largely defined by handheld or jury-rigged effects. Though it’s disappointing to see Goldthwait step away from the conceptual audacity of his previous work—the production overall has a cheap, let’s-get-something-made quality—Willow Creek does everything a little bit better than others of its kind. It’s a little wittier, a little more insightful, a little more imaginative, a little scarier. Vive la différence.