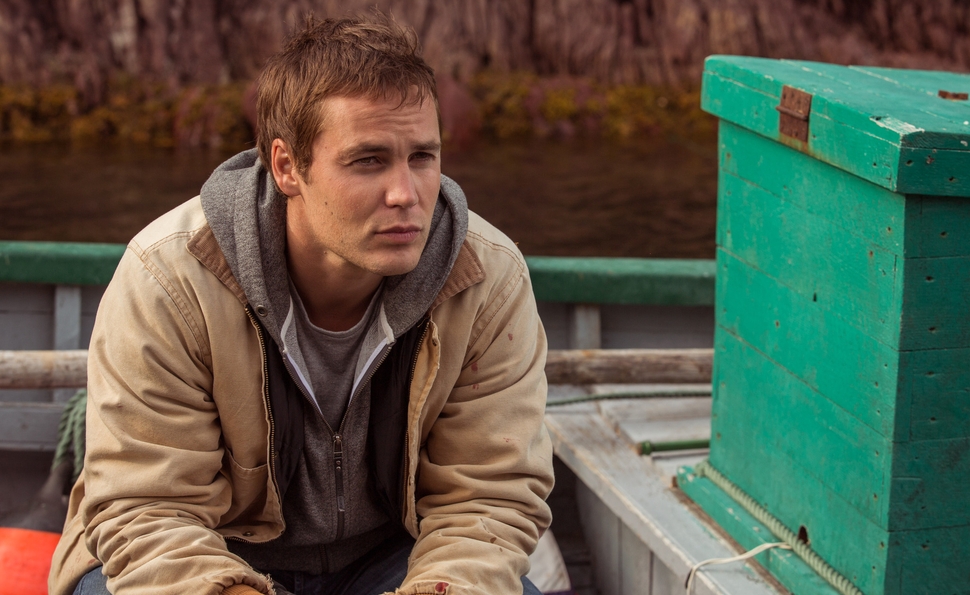 In some studio laboratory north of the border, Canada’s top commercial scientists worked together to create the ultimate box-office juggernaut. Naturally, this Frankenstein’s monster started with a dead body: 2003’s Seducing Doctor Lewis, a French-Canadian comedy in the Local Hero mold about an idyllic fishing village that pulls out all the stops to lure a doctor to town, and thus make itself eligible as a site for a new factory. The project was then passed along to two artisans of popular Canadian cinema: Michael Dowse, who directed Goon and the upcoming What If (formerly The F Word), dropped out but got a screenwriting credit, and then Ken Scott, who wrote the original script for Seducing Doctor Lewis and made both the Québécois hit Starbuck and its Hollywood remake Delivery Man, was slated to direct, but also dropped out. The film ultimately landed with beloved actor/director Don McKellar (Last Night), and got a name talent in Canada’s own Taylor Kitsch, who was licking his wounds after top-lining the big-budget disasters John Carter and Battleship.

Now this beast has been unleashed upon a cowering public in the form of The Grand Seduction, a comedy so Earl Grey mild that it makes Waking Ned Devine look like Salò by comparison. There’s hardly a frame of footage that hasn’t been reworked from something Miramax or Fox Searchlight released over the last two decades—it could be argued that Local Hero is as influential an indie hit as Pulp Fiction—but originality isn’t everything. With just a couple of strong casting choices and a winsome tone, an old formula can still work, and The Grand Seduction comes out of the lab with a disarming readiness to please. Much like the villagers who reinvent themselves just to make a young doctor happy, the film may be a pile of bullshit, but it’s an ingratiating pile of bullshit.

The once-proud harbor of Tickle Cove has fallen on hard times, with its fishing business dried up and no new jobs to replace it. Longtime residents like Murray French (Brendan Gleeson) have little to do but line up for welfare checks. Opportunity knocks when a nefarious oil company seeks a location for a waste-processing factory, but one of the stipulations is that the towns bidding for the contract must have a doctor. In a bit of plotting too absurd to dignify with an explanation, Tickle Cove finds a candidate in Dr. Paul Lewis (Kitsch), a city slicker who agrees to work there for a month. Using everything they know about Dr. Lewis—that he likes cricket, cocaine, and a curried lamb dish, for starters—Murray and the villagers do whatever it takes to convince the doctor to stay permanently.

As a shameless huckster with a gleam in his eye, Gleeson carries The Grand Seduction just as expertly as Murray works over his younger charge; the way he asks Dr. Lewis, “Would you like some cocaine?” has the amusing ring of a bed-and-breakfast proprietor offering extra sugar cubes to a favored guest at teatime. The jokes mostly play, especially a running gag about the hockey-crazy village dressing in whites and faking a passion for the baffling sport of cricket. There’s less follow-through, however, in the tacked-on romantic subplot between Dr. Lewis and the fetching postmaster (Liane Balaban), who seems to be the only adult under 60 in the whole harbor. And warnings of the company’s shady environmental practices don’t bear out, either, which reeks of a feel-bad subplot exiled from paradise.

The big question that needs answering here: Is the shallow, coke-snorting big-city type won over by the quirky, beer-guzzling, tacky-cat-figurine-owning, rotary-phone-dialing residents of the idyllic seaside community? Without spoiling anything, let’s just say there’s precedent that suggests the answer. Lots and lots and lots of precedent.