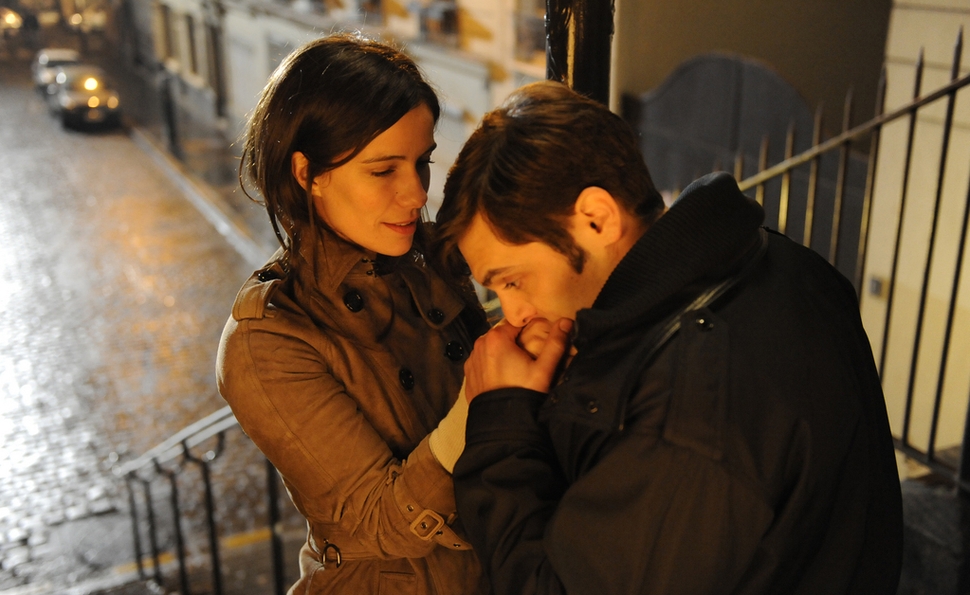 There never really seems to be much at stake in Grand Départ, an anodyne French feature that begins with its protagonist in a state of semi-crisis. Having acquired a sleek new corporate job, Romain (Pio Marmaï) is caught between trying to sort out his relationships with his father and brother, and starting a family of his own. Such quotidian matters can be the stuff of great comedy and drama—or both at once—but Nicolas Mercier’s film aims low. While its protagonist spends most of his time onscreen wringing his hands, the filmmakers barely seem to have lifted a finger.

Director/co-writer Mercier reveals early on that Romain has always measured himself against his brother Luc (Jérémie Elkaïm), a moody gay screenwriter, and that both boys have always competed for the attentions of their father Georges (Eddy Mitchell), a bearish force of nature who begins the film in the early stages of a neurodegenerative disease that requires institutionalization. The ostensible tension in the story is between Luc and Romain’s varying approaches to dealing with Georges’ illness; the latter believes he can help his father without resorting to anti-psychotic medication, which involves a lot of long late-night walks and superficially confused conversations that still cut to the quick of longstanding parent-child dynamics.

The consequences of Romain’s decisions are frankly minor: He snoozes at work and pines over one of Luc’s attractive female friends, all while anticipating the turn for the worse in Georges’ health that he—and every single viewer—can see coming. In the absence of narrative urgency or fresh storytelling devices, Grand Départ lives or dies with Marmaï’s performance, but like everything else around him, he’s merely adequate. (The actor looks way too polished to be playing a man at his wits’ end.)

The best moments happen at the edges of the story. Returning home from a debauched conventioneer’s weekend, Romain quickly registers the presence of a would-be-philandering colleague’s wife and children, and opts to say nothing, which perhaps reflects his ambivalence about growing up and heading a household. (Ditto the short, funny scene where he vomits on a little girl at a party.) There are some decent exchanges in Mercier’s screenplay (co-written with Simone Study), but there are also several clunky scenes, like a bit where Romain has to pay off some gay hustlers menacing Luc. In a film that’s barely 70 minutes long, including a rushed coda that paints a happy face on the story in ludicrously broad strokes, that isn’t a good ratio.