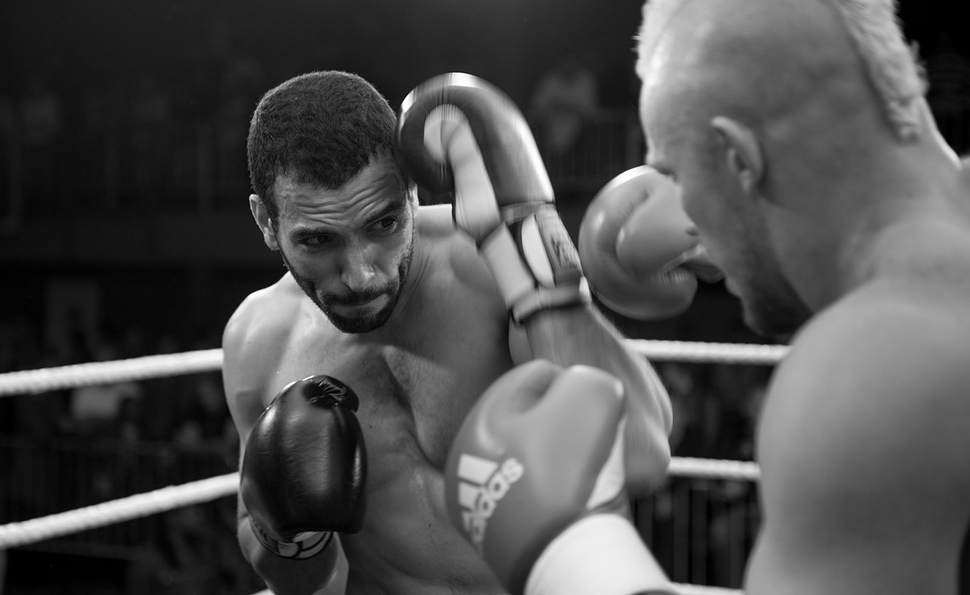 When does it become problematic for a movie to be too cool? On one end of the spectrum, Marvel movies and their mega-budget ilk exist for little other purpose than to distill that sensation, acting as cinematic supercolliders that spend untold millions just to find god-particles of whiz-bang wonder. On the other end, narrative films about historical atrocities are regularly derided for making style points—Steven Spielberg’s brilliantly fluid compositions are practically their own character in Catch Me If You Can, but a sticking point for some in Schindler’s List.

In Jim Taihuttu’s Wolf, a gritty cross between La Haine and The Town that often feels a bit too much like The Boondock Saints, the protagonist’s dangerous struggle with his own self-image reflects the most nagging problem of the film about him. Decidedly darker than Taihuttu’s 2011 debut Rabat, Wolf is his second feature about the plight of Moroccan immigrants living in the Netherlands, but where Rabat was light and limber, this hardboiled crime drama about a man caught between cultures is handcuffed by its staunch loyalty to the tropes of a single genre.

Unfolding like a low-stakes low-country edition of Grand Theft Auto that always ends with “game over,” Wolf is locked in a constant confrontation with its own coolness from the moment it begins. Majid (Marwan Kenzari, who also starred in Rabat, and has that film’s title tattooed on his frequently exposed chest) is fresh out of a stint in prison for some mild thuggery. Majid has the long body of a professional fighter and the high cheekbones of a leading man, in stark contrast to his oldest friend, the squirrelly Adil (Chemseddine Amar). In the opening scene, they’re trading spirited banter as they stare at showroom mopeds and entertain the entitled belligerence of two white guys who drunkenly stumble by. Anyone who’s seen Crash won’t be surprised when, just before the title card appears, Majid and Adil break into the dealership and steal the bikes.

And so begins an unlikely underworld story. The opportunistic young Majid becomes ensnared with a powerful Turkish gangster, who gives him the dubious resources to pay the hospital bills for his saintly dying brother. (Majid’s fraternal love never lets viewers forget he’s a good guy at heart.) The gangster, who is naturally defined by a coiled sense of calm and speaks almost exclusively in long anecdotes about the mistakes he made as a child, also exploits Majid’s talents as a fighter, pushing his new stooge up the ranks of the local kickboxers. As the film meanders to its predictable conclusion, viewers are assured that Majid is going to get in too deep, going from Mean Streets to Heat in the span of two listless hours.

Gorgeously shot in digital black and white that’s intended to approximate the grain of 16mm film, Wolf is simultaneously sincerely raw and even less authentic than it looks. Like a stale Big Mac served in gold leaf, Taihuttu’s film offers up some central meat that never matches the aspiration of its textured flourishes. Majid is supposed to be living in a community on the fringe of society, lost in the void at the center of the Venn diagram that links his home country with his adopted one. But no one on Earth is likely to mistake this for a story they’ve seen before.

The film works best when it focuses on the particulars of Majid’s immigrant experience, particularly the virulent racism that instills the area with a mutually destructive factionalism. Majid, like so many wayward men, is forced to rely on the loyalty of those who have his back because of who he is, rather than what he’s done. His predicament is further complicated by his father’s rejection (“the wrong son got sick!”) and the tentative support of his Turkish employer.

Majid’s struggle to survive while reconciling the pack’s demands is the film’s one consistently engaging throughline, but Kenzari’s feral performance displays an insecurity that the narrative is too eager to resist—self-doubt isn’t cool, but self-destructiveness is. Rather than letting Majid find his own way, Wolf saddles him with an endless string of stock obstacles and temptations, the worst of which is typified by a subplot about a beautiful old flame named Tessa (Bo Maerten, which is Dutch for “Alice Eve”), whose occasional toplessness is more about entertaining the male id than exploring it. Occasionally including snippets of footage from the crime dramas of days gone by, Wolf is clearly self-aware enough to know better, but not self-possessed enough to know how.