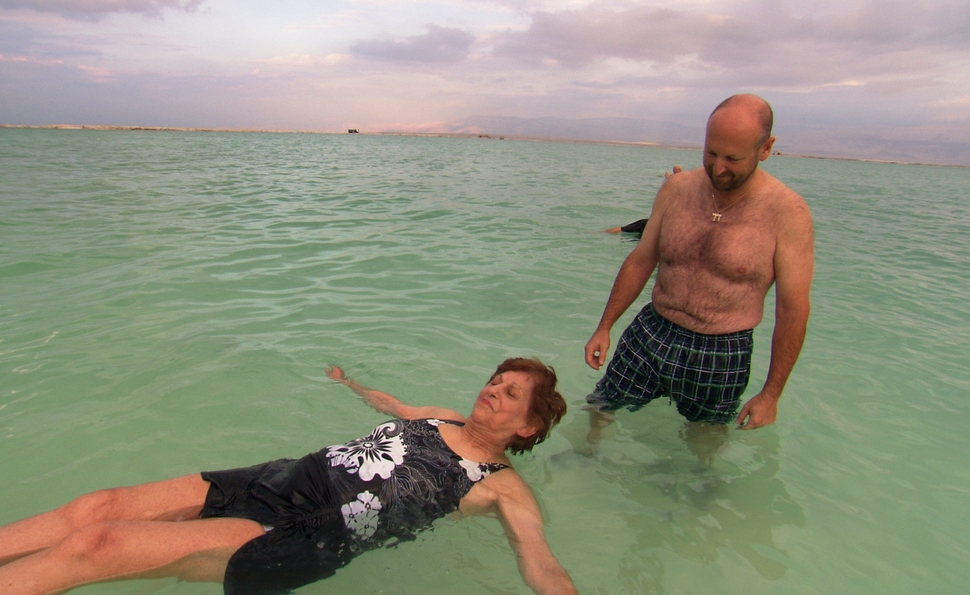 In a scene toward the end of the documentary Next Year Jerusalem, a nursing-home attendant tells Helen, one of the residents, how much she admires her, and hopes she’ll be just like her when she’s her age. Helen is clearly flattered and touched; it’s a sweet moment. But in the context of the film, it isn’t explained or justified. Viewers are told that Helen is wonderful, but the film never conveys why that is, or what about her, precisely, her caregiver is responding to.

That’s emblematic of the documentary as a whole. Next Year Jerusalem is about eight nursing-home residents who travel with the home’s staff to Israel. The obvious touchstone is Barbara Myerhoff’s famous book and documentary Number Our Days, which is also set in a Jewish home, and which movingly examines the persistence of ritual, life, and meaning at the end of the line. But director David Gaynes lacks Myerhoff’s anthropological perspective, intellectual rigor, and imagination. There’s little depth to his presentation. The residents and staff don’t come across as individual characters, so much as a series of endearing tics. One 90-plus man makes jokes about how he’s no longer a ladies’ man. (He quips that his “thing” doesn’t work anymore.) Helen and her attendant are shown declaring their affection for each other. One severely handicapped woman named Selma jokes about how much food she gets on her coat. The nursing-home president gets weepy as he stands with his travelers, looking down on Jerusalem. Much of this is amusing, even tear-jerking; the president’s emotion is obviously real, and the care he feels for his residents and his community is affecting. But that affect is presented primarily as spectacle, rather than as a narrative that the viewer is invited to understand or participate in.

That’s true not just for the residents, but for Israel as well. The subjects went to Israel as tourists, so it’s no surprise that the film presents a tourist’s-eye-view of the country: There’s the river Jordan; there’s the Western Wall, with the Hasidim acting self-consciously as tour guides; there’s Masada. It’s the Holy Land as amusement park, and while it’s impossible to begrudge the residents their trip of a lifetime, it’s hard not to feel like the filmmakers do just about everyone a disservice by ignoring the painful realities undergirding the sightseeing. A film about Israel that completely ignores the Palestinians’ existence in the interest of focusing on Americans’ self-actualization is a film that really needs to reconsider its priorities.

Perhaps Gaynes would have been better served by eschewing the trip to Israel, and concentrating instead on getting to know the residents over a longer period of time. As it is, Next Year Jerusalem offers little insight into its putative protagonists, and even less into Israel. The residents are impressive in their willingness to get outside of their comfort zone. The film, unfortunately, demonstrates little of that courage.