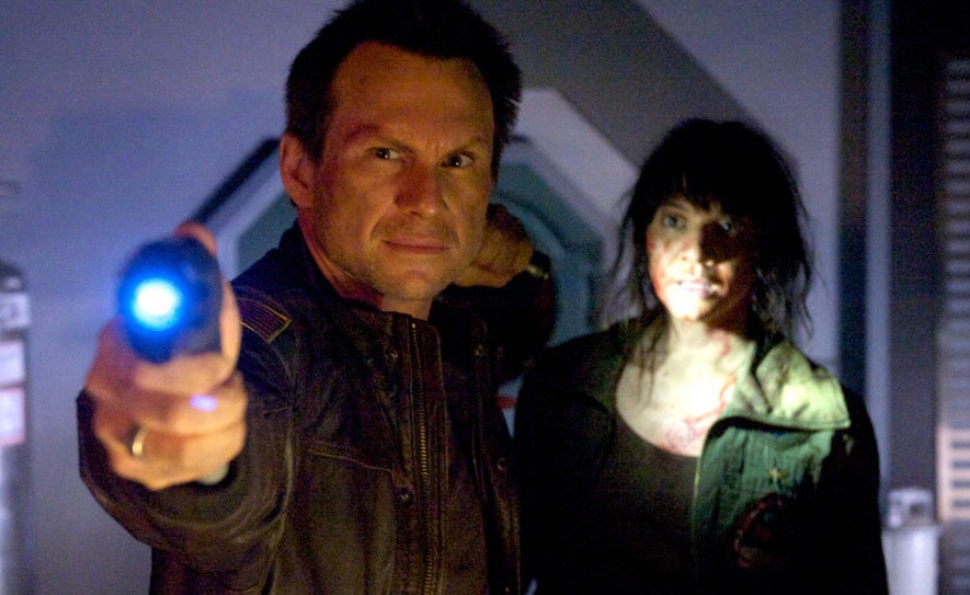 Stranded opens with an unexpected meteor shower that pulverizes the base of a research team on the moon. That isn’t terribly plausible—even in showers, meteorites don’t land in the simultaneous, single-location barrage depicted here—but it’s a necessary precondition for the movie’s plot, so there’s not much point in nitpicking. Here’s a much better example of the kind of chintzy science-fiction movie Stranded barely even aspires to be: Before the power gets knocked out, the crew frantically communicates with Mission Control back on Earth, using the futuristic translucent touchscreens currently in cinematic vogue. A closeup of one screen shows warnings like “Vacuum exhaust system: failing 13%” and “Escape Pod2: DAMAGE.” But up in one corner, repeatedly scrolling for added urgency, is this: “Distance to moon base to nearest star: 4.2 light years.” Which is not only grammatically incoherent, but completely useless information for a stationary moon base. Why do they need to know the distance to Alpha Centauri on a regular basis? Clearly, somebody was just told “make it look astronomical,” and did a quick Google search.

That degree of dunderheaded laziness extends to huge chunks of Stranded’s already-ludicrous narrative. After finding a meteorite infested with some kind of spore, lodged in a piece of equipment, Ava (Amy Matysio), who apparently never saw Alien or any of its numerous ripoffs, brings it back to the crew’s living quarters, where it immediately infects her and somehow uses her DNA to replicate itself in her womb, emerging in the general form of a Ghoulie. This goofy-looking mutant baby chomps the leg of another crew member (Michael Therriault), mutating into his exact duplicate à la Invasion Of The Body Snatchers. Nobody mistakes the creature for the crewman for more than a few seconds, however—the latter is quickly found dead. It’s just much cheaper to have Therriault apply some fake blood and stalk around the base than to create a full-sized monster. Likewise, repeated admonitions about carbon-dioxide poisoning and its propensity to cause hallucinations turn out to be all but irrelevant, as even skeptical Dr. Krauss (Brendan Fehr), who at first tells Ava she’s seeing things, speedily realizes that they really do have a murderous intruder about. 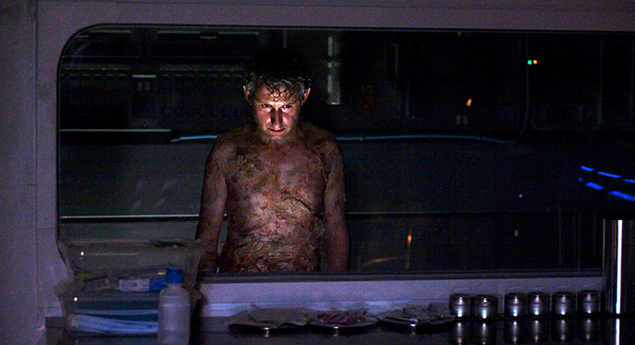 Technically, Christian Slater is Stranded’s star, but it’s hard to tell; his character, Col. Gerard Brauchman, does nothing except scold everyone else for not following orders. (He’s right, but he’s still boring.) The film is very nearly an all-Christian production, actually: Its screenplay was co-written by Christian Piers Betley with director Roger Christian, who’s best known for helming Battlefield Earth. Alas, Stranded isn’t a for-the-ages howler—just a terminally stupid, monotonously unimaginative rehash of umpteen space-horror classics. (There’s even an attempt to blow the alien out of an airlock. Somebody saw Alien.) The film’s only truly laughable aspect is the way Brauchman and his crew keep making unwarranted leaps of logic to move the story forward whenever it gets stuck. “Let’s get to Bruce’s quarters. Maybe he discovered something about [the creature] that can help us.” And he did! “I’m afraid of what it could become… what its original form might be,” someone else says of this thing they know absolutely nothing about. A hokey epilogue threatens a sequel that would answer that question, but viewers shouldn’t hold their breath.