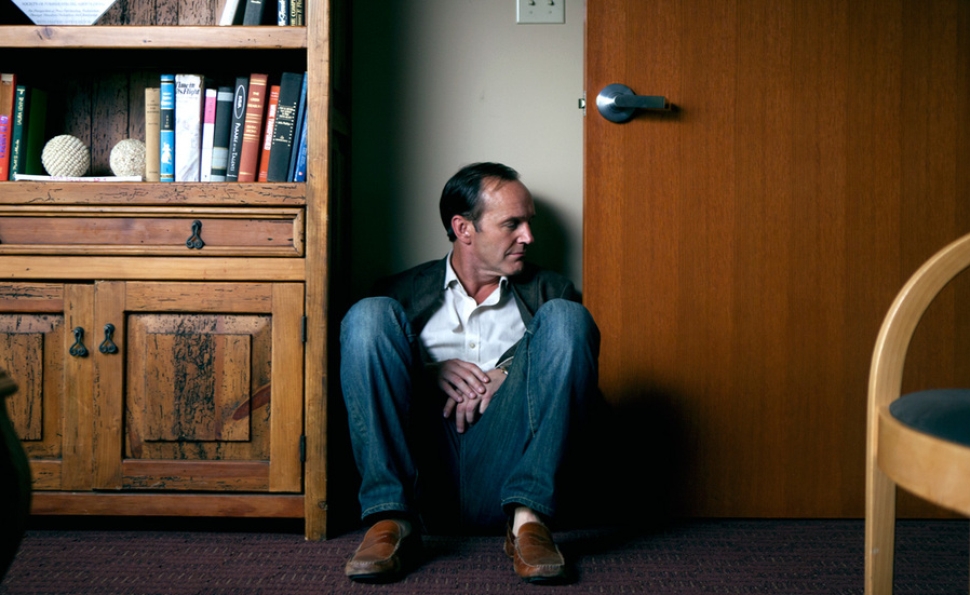 Phil Coulson, Agent of S.H.I.E.L.D., comes off like just a polite, efficient G-man. But it turns out, he’s seen some things, man. Heavy things. Awful things. Soul-impinging things. Or his real-life alter ego Clark Gregg has, anyway. The affable but not especially memorable character actor and itinerant screenwriter has bounced around Hollywood for 20 years, working steadily while waiting for his helicarrier to come in. It finally did, when 2008’s Iron Man drafted him into the Marvel Cinematic Universe.

Trust Me, Gregg’s second writer-director outing (after the Chuck Palahniuk adaptation Choke), is informed by his experience as a second-or-third-chair star in the world’s biggest movie franchise, in fascinating ways.  He’s been in the kinds of salary and contract negotiations he dramatizes here. Initially, his jittery, surprising film seems like it’s angling to be a redemptive Jerry Maguire-ish dramedy about honor in a thoroughly dishonorable business. But it takes some hard left turns into the murkier realm of tough pictures about The Industry, from Sunset Blvd. to The Player. By the end of it, viewers might be thinking Agent Coulson got off easy when Loki speared him through the heart.

Gregg plays Howard Holloway, a middle-aged former child star who’s become an agent representing juvenile actors. It isn’t going well: He apparently lacks even the means to lease a set of wheels that would project confidence and prosperity more than his beat-up Toyota does. (The intonation people use when asking him, “Is that your car?”—which they frequently do—isn’t admiring.) His far more successful, less ethically constricted rival Aldo, played by Sam Rockwell at his most oleaginous, drives a Hummer. “I don’t steal your clients, so much as you keep misplacing them,” he purrs at Howard.

As the film opens, Howard is letting his most promising young prospect slip away. The Shelley Levene stench of desperation is wafting from beneath his suit, which has seen better days, too. Then a chance encounter with 13-year-old prodigy Lydia (Saxon Sharbino, who probably will be a star in four years) seems to offer Howard an opportunity to relaunch his foundering career: Ang Lee is keen to cast her in his new YA vampire franchise. (Felicity Huffman’s producer character, something of a bloodsucker herself, refers to the Taiwanese director of Crouching Tiger, Hidden Dragon and Brokeback Mountain as “my genius Chinaman.”)

Lydia’s alcoholic, possibly abusive father, given a welcome degree of shading by Paul Sparks, suddenly seems to be the only thing standing between her and her dreams. Because Howard saw his own shot vanish when he was barely in his teens—his fictional brush with the big time, Surf Champ, starring Jan-Michael Vincent, feels just right—he thinks he understands Lydia better than her creep father does.

Gregg’s sharp screenplay maneuvers into this morally dicey corner skillfully enough that its various compressions and contrivances are easily forgiven; court proceedings and contract negotiations that would probably take days or weeks in real life all seem to resolve themselves within single conversations here. Directorially, his heavy reliance on handheld photography conveys the sense of an adrenaline-fueled few days wherein Howard is only barely, if ever, in control. And Gregg keeps the film’s dalliances with magical realism appropriately scaled, at least until an overblown finale that’ll have viewers yearning for the comparatively restrained climax of Braveheart.

He’s awfully good with actors, though. Besides Rockwell and Huffman’s pleasingly amoral characters, Allison Janney has a fun turn as an icy casting agent. Amanda Peet radiates warmth as Howard’s single-mother neighbor, on whom he’s nursed a long crush. A ponytailed William H. Macy even turns up for a three-or-four-line role, suggesting that a lot of famous faces are willing to do Gregg a solid—or that he’s got a hard drive full of blackmail fodder on them.

Sorry, that’s the jaundiced perspective of Trust Me talking. It’s actually a smart, sardonic, unpredictable morality play that gets the little things right. “I’m just walking into a screening,” Howard tells a caller as he’s walking into a play. If that isn’t Hollywood, then what is?