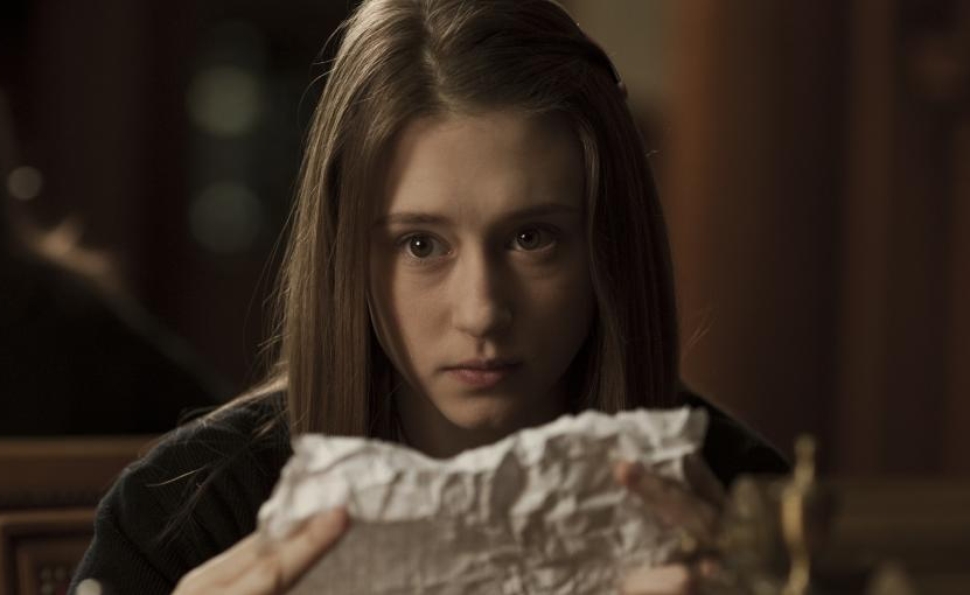 Kudos to Anna for giving Mark Strong more to do than simply act like a menacing, deep-voiced villain. But otherwise, shame on director Jorge Dorado for doing so via a disposable B-movie that, when it isn’t head-smackingly obvious, is clumsily rushed and incoherent. In this Mindhunters-esque science-fiction thriller, Strong plays John, a psychic “memory detective” who works for a company called Mindscape, which helps solve crimes by having its employees enter people’s brains and study their memories. John is introduced watching a girl being attacked in her home, a scene that soon transforms into one of him despondently cradling a dead woman in an overflowing bathtub. After a lot of exposition about the film’s basic conceit, it’s revealed that the flashback concerns the suicide of John’s wife over the death of their baby boy, and the subsequent mental breakdown that killed his career.

John is brought back to work by boss Sebastian (Brian Cox, only dropping in for a few brief scenes), who gives him the supposedly easy case of helping cure Anna (Taissa Farmiga), the teenage daughter of a wealthy family. For unknown reasons, Anna has gone on a hunger strike. John visits her in her enormous, gated mansion home, where, in a cold, imposing environment that recalls the residences of the well-to-do Girl With The Dragon Tattoo family, Anna sits in her room drawing pictures of herself. Meanwhile, her drunken mother (Saskia Reeves) and distrustful stepfather (Richard Dillane) watch her via security-cam surveillance. They want Anna committed, because she’s a supernaturally gifted, and thus dangerous.

After a couple of sessions, John has Anna eating, but his visits to her memories reveal more mysteries, which Dorado presents as a puzzling collage of ominous sights, including Anna being locked in a closet by nasty classmates, and a young Anna holding a bloody letter-opener. While investigating these deep, dark secrets, John also discovers that the girl had a teacher incarcerated for taking inappropriate pictures of her. Yet despite the fact that he’s a memory detective, he’s too dim to even momentarily suspect that this strangely antisocial, hyper-intellectual, confident girl—one who brags, “I’m not a sociopath, just smart enough to think like one”—might be a manipulative lunatic. Instead, John proceeds to further look into her situation with a blind momentum that makes him seem like a sucker at best, and a moron at worst.

Playing a dim-witted dupe doesn’t suit Strong, whose commanding physical presence is constantly at odds with his protagonist’s cluelessness. That becomes more vexing as it becomes apparent that Anna’s climactic revelations will be exactly the ones foreshadowed at the outset. It’s additionally confusing in the way it awkwardly races through key plot points, and its coda is a hopelessly hurried, tacked-on mess that vainly attempts to end things on a randomly optimistic note. Ultimately, though it operates as a supernatural variation of a traditional gumshoe story, its suspense is so nonexistent, and its supposed concerns—about the reliability of memory and the nature of truth—are handled so facilely, the film sells its own conceit short.