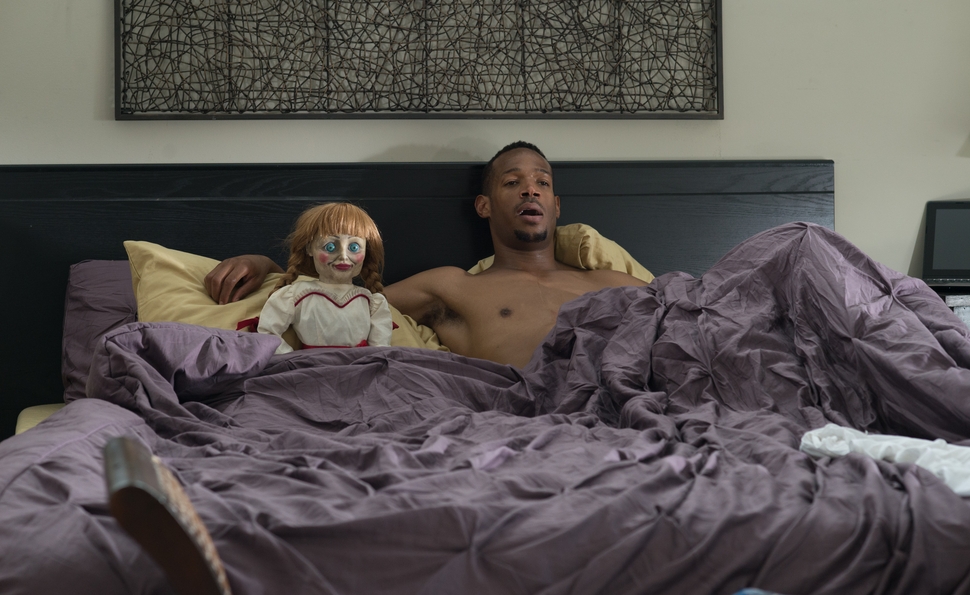 Nothing in cinema is more dangerous than a sequel to a terrible movie, because the filmmakers are not only encouraged to re-create the non-magic of the original hit, but it’s bound to seem less fresh the second time around. Like sunrise over a steaming pile of garbage, A Haunted House 2 offers another sharp whiff of its predecessor, a Scary Movie-style spoof of the Paranormal Activity movies that makes up in volume what it lacks in invention. The movies are like a strange sort of exorcism: They chase the demons away by having Marlon Wayans scream for 90 minutes, and ritualistically hump teddy bears or creepy dolls until the flying fur and saturated condoms supplant any scary memories viewers might have of the movies being referenced. The lye bath it takes to scrub those images away is another matter.

Though HH2 has the requisite callbacks to the first movie—Essence Atkins as a Katie Featherston type, another cute white dog that meets a bad end—it retains some of the Paranormal Activity found-footage style while referencing more up-to-date hits like Sinister and The Conjuring. Moving into a new suburban house with his current girlfriend Megan (Jaime Pressly) and her two kids, promiscuous teenager Becky (Ashley Rickards) and Danny Lloyd-type Wyatt (Steele Stebbins), Wayans’ Malcolm is soon tormented by a melange of specters. Per Sinister, a box of 8mm movies in the attic shows the terrible fates of the previous occupants; per The Conjuring, Becky has cracked open a Pandora’s box of evil, Wyatt has a hostile imaginary friend, and Malcolm can’t resist the siren song of a tarted-up doll that gives him the Fatal Attraction treatment. For help, Malcolm calls on his neighbor (Gabriel Iglesias, a jolly wellspring of ancient ethnic jokes), a pair of exorcists in 1970s attire (Hayes MacArthur and Missi Pyle, in the Patrick Wilson and Vera Farmiga roles), and Cedric The Entertainer’s vulgar priest from the first film.

That may sound like a lot of comic activity, but make no mistake: Wayans is the dominating force here. The filmmakers behind A Haunted House 2 exert too little effort where more is needed, and way too much where there should be less. Director Michael Tiddes and his screenwriters, Wayans and Rick Alvarez—the same team from the first—do the bare minimum in re-creating the look and key scenes of the movies they’re parodying, so much so that the “Night #whatever” timestamps have no relevance whatsoever. It’s a vestigial reference. One clever visual joke aside—a computer-monitor twist on the classic Marx brothers mirror gag—the strategy in both Haunted House movies is to keep the lighting bright, bolt the camera to the floor, and let Wayans do his thing.

His thing is to do anything for a laugh: Bury himself in a pile of dirt, polish a doll’s extremities with his tongue, make jokes at the Kardashian family’s expense. The script appears to offer scenarios rather than scenes, at least in those sequences when Wayans throws himself into grotesque spasms of physical comedy, or goes mano-a-pollo with a cockfighting rooster. There have been and will be better comedies this year than A Haunted House 2, but none that work up this much of a sweat.