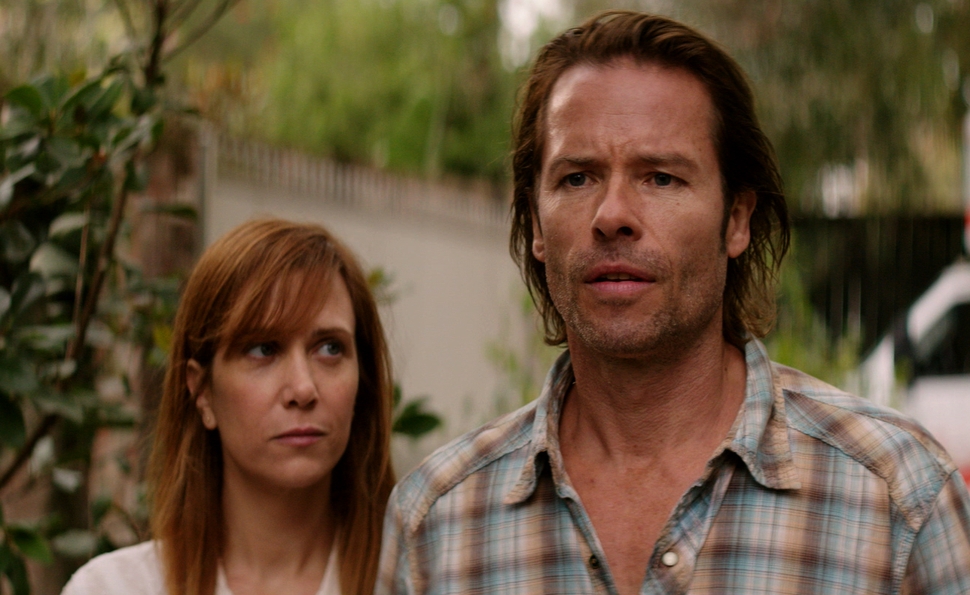 In 2011’s Return and now with Hateship Loveship, director Liza Johnson has shown an unusual level of attention to the sensual details of her heroines’ lives. Return is about a soldier named Kelli (played by Linda Cardellini) trying to readjust to civilian life, and mixed in with Kelli’s communication issues and post-traumatic stress, Johnson takes a moment to show her enjoying the smell and feel of freshly laundered towels. In the opening scenes of Hateship Loveship, Johnson shows a mousy live-in nurse/caretaker named Johanna (Kristen Wiig) sniffing the diaper of her elderly client; after the old woman dies and Johanna moves on to another assignment, Johnson shows her settling into her new room by unpacking her shampoo in the bathroom, then sprawling out on the bed. Scenes like these slow the pace of Johnson’s films, which are leisurely to begin with. But they add a necessary texture to stories that are otherwise fairly thin.

Based on the Alice Munro short story “Hateship, Friendship, Courtship, Loveship, Marriage,” Hateship Loveship follows what happens to Johanna when two teenage girls play a cruel prank on her. Johanna’s new employer, Mr. McCauley (Nick Nolte) is the guardian of his granddaughter Sabitha (Hailee Steinfeld), but since neither of them has the time or know-how to keep the big McCauley home clean, Johanna is hired as their cook, maid, and companion. Then Sabitha and her best friend Edith (Sami Gayle) intercept a letter Johanna wrote to Sabitha’s absentee father Ken (Guy Pearce), thanking him for including her in a note to the McCauleys, and the girls write back as Ken, kindling a long-distance romance. What they don’t expect is that Johanna will become so smitten with the imaginary version of Ken that she’ll quit her job, withdraw her life savings, and move to Chicago to be with the real Ken, a drug addict responsible for the death of Sabitha’s mother.

Then again, as adapted by Johnson and screenwriter Mark Poirier, nothing in Munro’s story makes much sense. The movie meanders, working in unnecessary characters—including Jennifer Jason Leigh as Ken’s doped-up girlfriend, and Christine Lahti as a bank-teller who Mr. McCauley starts dating—and a subplot about a run-down motel that Ken is trying to remodel. All these additions distract from the central Ken/Johanna relationship, which is severely underdeveloped. He’s a messed-up dude trying to get his life together; she’s a meek nothing who seems to have sprung into existence with the opening credits. They’re thrown together by the mechanics of the plot, and stay together for the same reason.

But as in Return, Johnson reveals a command of visual and sonic detail that suggests she could make a great movie one day, given the right script. Hateship Loveship is unimpressive as a whole, but it’s stitched together with small, memorable touches, from Ken sniffing the remnants of cocaine that fall onto the toilet seat when he tries to flush his stash, to Johanna smooching her own reflection in a mirror, then using Windex to clean off the smudge. Johnson doesn’t overplay these moments; they’re just part of the overall atmosphere, same as the sound of the creaky wooden floors in the McCauley house, and the squeak of styrofoam take-out containers in Ken’s grubby motel room. Johnson is the kind of director who holds an extra beat on a shot of the rubber gloves Johanna takes off before she steps away from the kitchen sink. The image isn’t significant to the plot, but it builds Johanna’s world better than anything that comes out of her mouth.