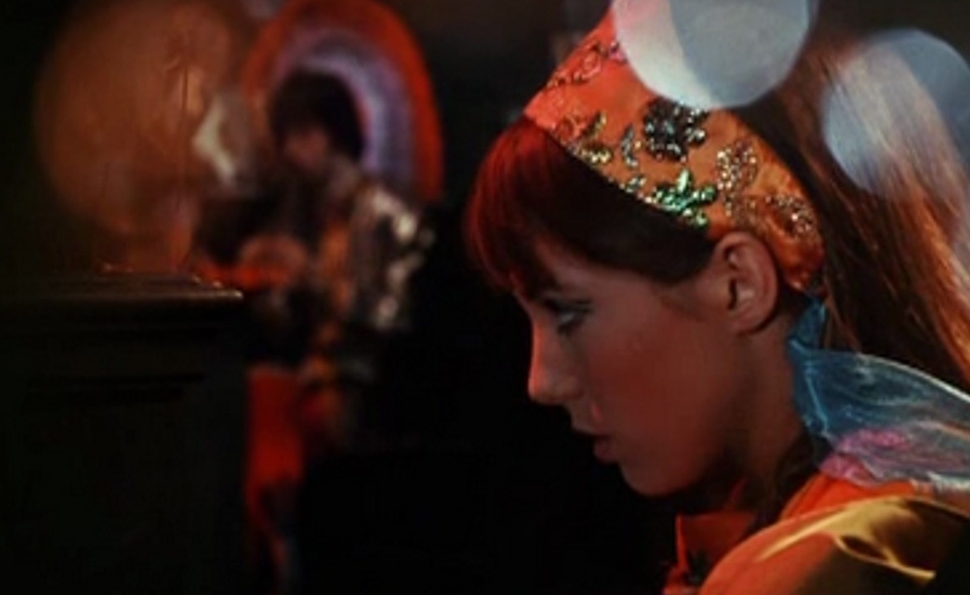 Wonderwall is known first as the inspiration for Oasis’ biggest hit, secondly as the source of Wonderwall Music (the soundtrack by George Harrison, and the first official solo album from any Beatle), and lastly as a film. That’s probably as it should be. After premièring at Cannes in 1968, it largely disappeared, becoming more heard about than seen. A new Blu-ray edition confirms that it’s no lost treasure, but it is a neat curiosity, very much of the time that made it.

American-born director Joe Massot was making films for Fidel Castro’s government before fleeing to London in advance of the Cuban Missile Crisis. There he fell into the rhythms of Swinging London, befriending the likes of Mick Jagger, Beatles photographer Robert Freeman, and Roman Polanski. Out of his involvement with those circles came Wonderwall, taken from a story by Polanski screenwriter Gérard Brach and experimental novelist and fellow Castro refugee Guillermo Cabrera Infante. Also on board as star: Irish actor Jack MacGowran, renowned for his interpretations of Samuel Beckett and a veteran of films by Polanski, David Lean, Richard Lester, and others.

Yet in spite of the lofty creative talent, Wonderwall is a pretty simple movie. MacGowran plays Professor Collins, an absentminded scientist who lives in an apartment cluttered with old newspapers, insect collections, and other detritus. One fateful evening, while studying slides under a microscope, he hears music emanating from the apartment next door, then discovers a hole that lets him peep at its inhabitant. This discovery has its appeal, chief among them a young model named Penny Lane (Jane Birkin), who’s prone to wearing a series of arresting outfits—or sometimes not—and striking suggestive poses. Standing in the way of his infatuation with Penny: a photographer boyfriend billed as “Young Man” (played by Roger Daltrey lookalike Iain Quarrier).

Once the film establishes that basic premise, it mostly offers variations on the same scenario: Collins peers at Penny. Penny poses seductively. Collins daydreams of confronting the young man, in a series of fantasy sequences. (Massot later directed the similarly fantasy-prone Led Zeppelin movie The Song Remains The Same, though he was taken off the project before completing it.) It’s as much lava lamp as movie, a true head picture from its psychedelic décor (provided by a Dutch collective known as The Fool, which also painted cars driven by John Lennon and Harrison) to Harrison’s music, an often-remarkable mix of rock sounds and traditional Indian instruments. A narrative of sorts develops after a while as tensions build between Penny and her lover, but Rear Window this isn’t. The film is mostly just an excuse to experiment. And while not all the experiments work out, the film remains a charming relic of a bygone era of light shows, sitar sounds, and over-the-top symbolism.

This newly restored version features both the original cut and a shorter director’s cut Massot assembled before his death in 2002. Of the special features, the best is “Reflections On Love,” a Massot short film that similarly doubles as a snapshot of London in high swing. Most of the rest are fairly negligible, simply shining a spotlight on one element of the film for a few minutes before ending. The most enlightening feature is the booklet, which contains Massot’s extensive reflections on the film.