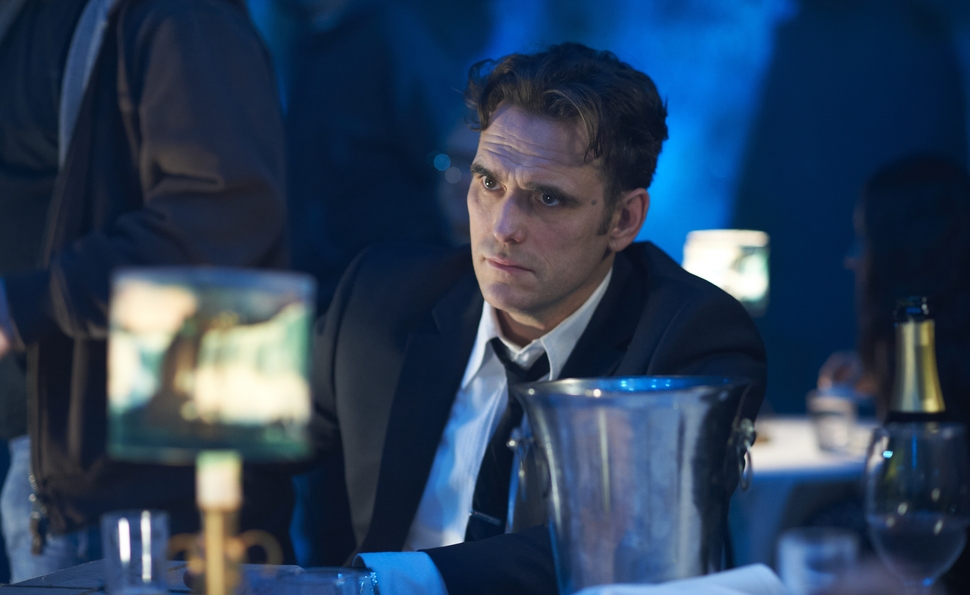 The Art Of The Steal

Writer-director Jonathan Sobol knows a thing or two about pilfering. His directorial debut feature, The Art Of The Steal, recycles a title that was used just four years ago for a documentary about Philadelphia’s efforts to gain control of the privately held Barnes Foundation and its estimated $25 billion worth of modern art. He also wrote his film’s screenplay, which lifts the details of its climactic heist directly from a (possibly apocryphal) story about what happened when the Mona Lisa was stolen from the Louvre in 1911. Famed screenwriter William Goldman recounted the same tale (crediting Seymour Reit’s book The Day They Stole The Mona Lisa) in Which Lie Did I Tell?, his 2000 sequel to Adventures In The Screen Trade, confessing that he considered writing a screenplay about it, but lost his passion for the idea. Sobol doesn’t demonstrate a lot of passion either, and his work is thoroughly derivative—but at least it’s openly derivative (the Mona Lisa story actually gets told halfway through, in detail), and he’s assembled enough good actors to construct a passable time-killer.

As the movie begins, Crash Calhoun (Kurt Russell) has just finished more than five years in a Polish prison after being ratted out by his accomplice and half-brother Nicky (Matt Dillon). Reduced to deliberately injuring himself on motorcycle jumps as a sort of low-rent Evel Knievel, Crash decides to reassemble his former crew—even if that requires patching things up with Nicky, who’s still so amoral that at one point he’s seen lifting what looks like a Hello Kitty wallet from a little girl, just for the hell of it. French forger Guy de Cornet (Chris Diamantopoulos) is in; so is aging lion Paddy (Kenneth Welsh), who has all the right contacts. And Crash now has two additional allies in Francie (Jay Baruchel), a nervous young thief he’s been mentoring, and Lola (Katheryn Winnick), the film’s requisite beauty. The plan: steal an extremely rare book, printed by Johannes Gutenberg himself, and sell multiple forged copies (courtesy of Guy) to wealthy collectors after news of the theft makes headlines around the world.

There’s an additional twist to the scheme, but it’s fairly transparent to anyone who’s seen more than a couple of con-man pictures. Indeed, the plot is so perfunctory and shrug-worthy that it seems to function primarily as an excuse to let the cast riff. Russell and Dillon both do workmanlike variations on their respective personas, and Baruchel struggles to improvise comedy during a scene in which he tries to get through a border disguised, for no particularly good reason, as an Amish man. But the movie occasionally sputters to life thanks to the energetic contributions of various supporting players, including The Daily Show’s Jason Jones as an overly aggressive Interpol agent, and a little-known actor named Dax Ravina as a thug with an impressive knowledge of Georges Seurat (though he, and everybody else but French Guy, pronounces “Georges” to rhyme with “gorgeous”). Best of all is Terence Stamp, brilliantly underplaying the role of a confidential informant; at times, his sarcastic world-weariness seems directed as much at the film itself as at the characters within it, and it’s easy to concur.

GoWatchIt: Buy. Rent. Stream The Art Of The Steal