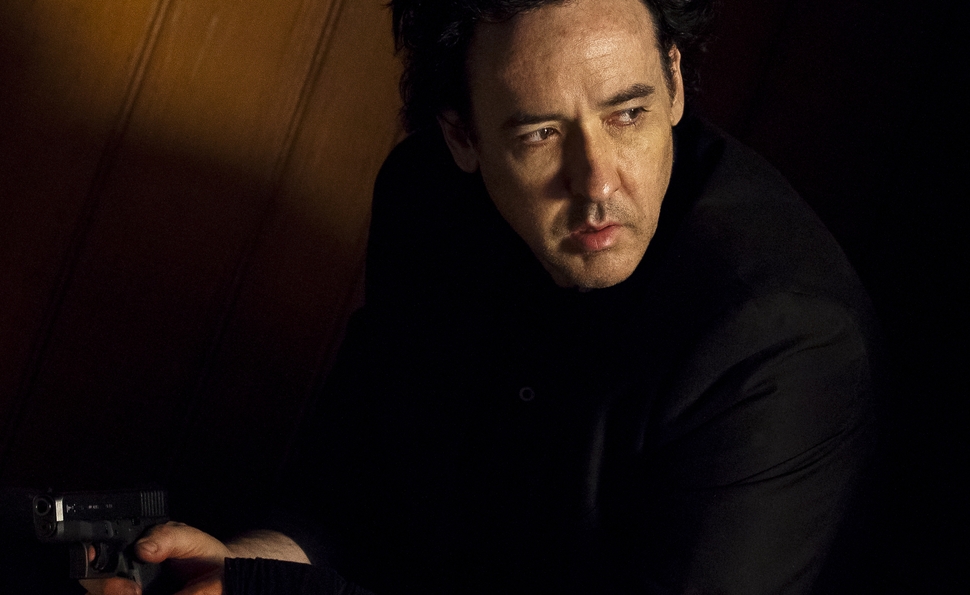 The Bag Man is a piece of pulpy noir with a zipped-up, canvas MacGuffin dropped directly at its narrative center. That MacGuffin is “The Bag,” and “The Bag Man” is Jack (John Cusack), a world-weary dirty-deed-doer who agrees to pick up said satchel for the intimidating Dragna (Robert De Niro), in exchange for what Dragna says will be “an exorbitant amount of money.”

“Do not open this bag. Do not look in this bag. Do not peek in this bag,” Dragna instructs in the opening scene. What could possibly be in the bag? Stacks of cash? Important, highly classified documents? Whatever that glowing thing was inside Vincent Vega’s briefcase in Pulp Fiction?

The audience doesn’t know, and, in keeping with the principles of MacGuffin-ism, doesn’t really need to, at least not right away. What does become clear is that doing what Dragna asks will become increasingly difficult for Jack, who, within the first 10 minutes of the movie, winds up with a corpse in his trunk, a gunshot wound to the hand, and a reservation in room 13 at a seedy motel where Dragna has commanded him to go. That motel is a poor man’s version of a David Lynch setting, complete with flickering lights, pissed-off little people, female loiterers dressed in 1980s-hooker-movie clothes, and, most alarmingly of all, Crispin Glover as the guy manning the front desk. (Given Cusack’s movie history—see this, and also this—you’d think he’d have figured out how to avoid freaky-deaky lodging accommodations by now.)

In truth, first-time director David Grovic, who also co-wrote the screenplay, should be glad he hasn’t. Cusack has earned such a reserve of goodwill over the years that he automatically becomes someone worth rooting for the minute he enters the frame. Grovic really needs an actor like that here, because Jack has to do some vile, dastardly stuff in what is a consistently dark, unnecessarily violent, occasionally misogynistic film. If another star were playing that part, The Bag Man would be a much harder movie to stomach.

As it is, The Bag Man is always teetering on the edge of amateurish absurdity, before being tugged back from the edge by its actors. In addition to Cusack, it’s always delicious to see Glover playing weird and unhinged. (At this stage, does he play much of anything else?) And as for De Niro—well, he’s De Niro being De Niro. He breaks noses, exudes a thick sense of menace, and dryly delivers a hilarious monologue in the film’s third act—and he does all of it while sporting a bouffant hairdo that makes him look like a criminal-mastermind version of Liberace. Who doesn’t want to see that? (This review will not spoil the details of that monologue, but will reveal that it includes the following words coming out of De Niro’s mouth: “Then one day, I was watching an episode of Full House…”).

If Grovic had only added more of that kind of humor, The Bag Man could have been a grisly but rollicking modern grindhouse movie. Instead, it traffics mostly in unironic seriousness, whipping out shocking plot twist after shocking plot twist, unrealistically saddling Jack with a seemingly troubled wingwoman (Rebecca Da Costa), peppering its action with non-stop gunfire, and running for at least 20 minutes longer than it should.

What’s inside that bag? The movie doesn’t forget about that question. But by the time it gets around to answering it, viewers may be too fatigued to care, or too focused on wanting to know more about the 1990s-sitcom-viewing habits of Mr. Robert De Niro.