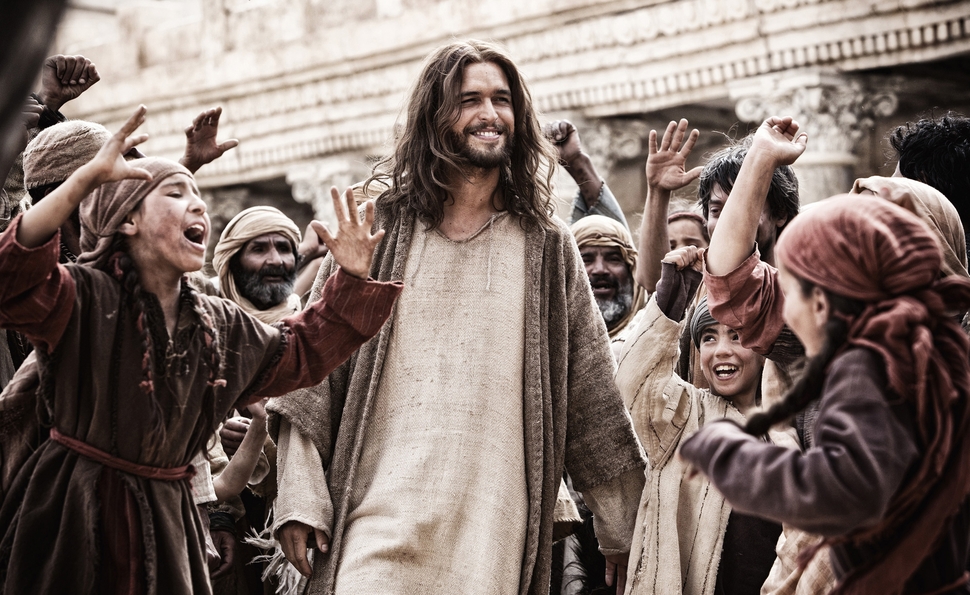 For all the talk about television overtaking movies, there hasn’t been that much effort of late to see how well TV plays in movie theaters. That’s possibly because it’s unnecessary: Even the most cinematic shows, like Breaking Bad and True Detective, feel scaled to the size of modern televisions. They look big but not too big, and the intimacy of having familiar characters, even despicable ones, visit your home on a weekly basis remains part of their appeal. If Son Of God is in any way meant to be a test balloon for whether television can reverse the natural theaters-to-home-viewing cycle and have a second life as a movie, it’s not a good one. Excerpted from The History Channel’s 10-part 2013 miniseries The Bible, then given extra footage, Son Of God boils the life of Jesus down to feature-length, but it plays less like a movie than a hastily edited attempt to explore a new revenue stream.

Then again, it doesn’t look like the source material was all that strong. (The Bible, not The Bible.) Produced by reality-show mastermind Mark Burnett and wife Roma Downey (who plays Mary), Son Of God is shot in the History Channel house style: bargain-line digital photography, gratuitous slow motion, aggressive sound design that puts a lot of emphasis on clanging metal, and effects that look more like demos than finished visuals. It’s more pageant than narrative, with little human drama and a lot of familiar scenes. Narrated by an aged, teary-eyed John (Sebastian Knapp), it begins with the equivalent of a “previously on” montage that covers Adam and Eve, Moses, and all that other business. Zooming past the Nativity, it joins Jesus (Diogo Morgado) at the Sea Of Galilee where he employs a miracle to make an early convert of Peter (Darwin Shaw). Then it keeps zooming into later in Jesus’ career, when he’s surrounded by a flock of disciples and Mary Magdalene (Amber Rose Revah).

There are a few questions that a proper movie would ask here that Son Of God never bothers asking. Who is Jesus? What does he want? What does he stand for? The last question gets addressed in time, although not all that thoroughly. The most effective parts of Son Of God are the ones that serve the mission of The History Channel, placing Jesus’ mission in the midst of an ongoing conflict between the Roman Empire and Jewish authorities. They’re too brief, however, and the film’s not much more effective when it comes to conveying what Christianity’s about, either. The first recital of The Lord’s Prayer gets cut off before it ends—one of the many moments when Son Of God feels designed to cut to commercial—and a sermon plays out in the background while some disciples chatter with skeptical rabbis in the foreground. Anyone wanting to learn something about Jesus would be better off looking elsewhere.

Son Of God doesn’t work as a narrative, either. The choppy rhythms settle down once Son Of God moves on to Jesus’ persecution and crucifixion, but even as things take a turn for the worse, director Christopher Spencer (Nazi Mega-Weapons, Stonehenge: Decoded) seems like he’s dutifully moving from one familiar scene to the next without really connecting them. That Morgado plays Jesus as more smug than beatific doesn’t help, nor do the thinly developed characters and some awkward bits of original dialogue. (Pilate’s wife to Pilate: “You’ll live to regret this!” Jesus to a disciple; “Stop doubting, Thomas.”) The Bible played to great ratings on TV, hence this repackaging. If Son Of God finds a similar audience in theaters it will say more about the absence of better, more thoughtful religious films than its own virtues.