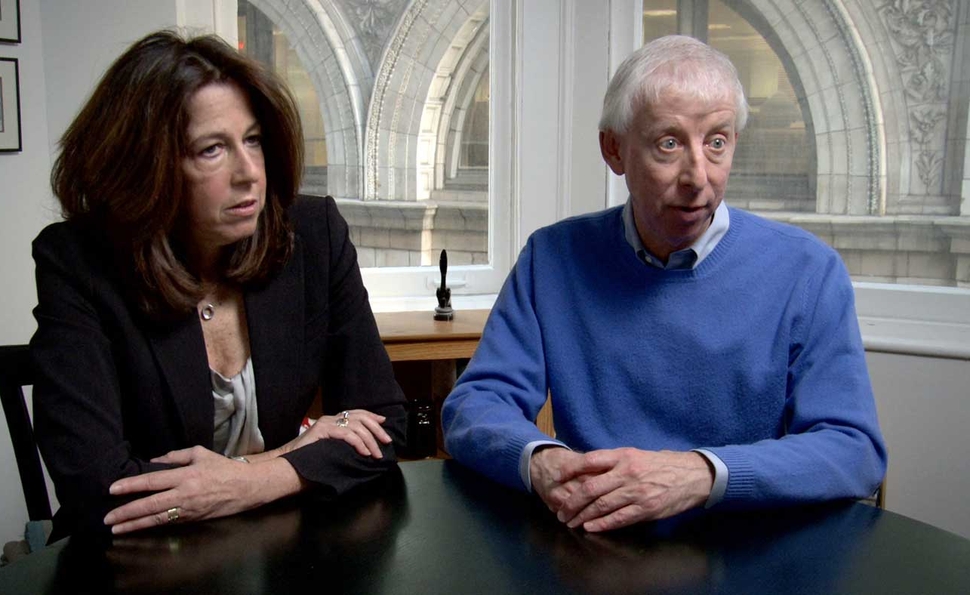 The “kids for cash” scandal of the late 2000s was exactly the sort of story that makes juveniles fear and distrust the authorities. For years, a county judge in eastern Pennsylvania sent thousands of minors to a private juvenile detention center, often on featherweight charges, while secretly accepting millions in kickbacks from the center’s developer. It was all under the auspices of a “zero-tolerance” policy toward youth crime, which somehow doesn’t have quite the same ring when it comes from an adult criminal.

Because the facts of the case are on the books and even out of the mouth of the man himself, a documentary treatment of the story doesn’t need to try hard to make the guilty party—former President Judge Mark Ciavarella, a white-haired, folksy-style rambler—seem sinister. In fact, more than five years since the scandal broke, and more than three years after Ciavarella was sentenced to 28 years in prison, the fact of his wrongdoing is now the least important element of the story. Director Robert May seems to have been unaware of this when he made Kids For Cash, a heavy-breathing, narrowly focused outrage-generator about a corruption case that both the court of public opinion and the actual court system have already agreed was outrageous. One girl being charged with “abuse of the Internet, terrorism, and stalking” for creating a fake MySpace profile for her vice principal: outrageous. But a for-profit prison developer so easily gaming the American justice system? An entire community of families ignorant of their legal rights? Those are much thornier, more pressing outrages, and they go unexplored.

Kids For Cash relies almost exclusively on other news outlets to tell the facts of the story, and jumbles its chronology through careless editing. May interviews a local investigative reporter, who charts a web of key personnel on a whiteboard that his camera zips back and forth across like a labrador; he speaks with a radio talk-show host, who adds wholly unnecessary color commentary. The filmmakers make no visible attempt to investigate the detention halls themselves, or to get anyone responsible for their development and operation on camera, yet it finds time for endless closeups of newsstands and screaming headlines. The effect is a little like Huffington Post: The Movie. (“SHOCKING: This judge ruined kids’ lives!”)

May interviews a handful of the scandal’s victims and their parents, whose testimonials are brave and emotional, but not especially lucid. They give garbled accounts of how they wound up facing Ciavarella in court, and offer only fractured details of the prison itself, the parole officers who monitored the kids in school, and the fight to bring the problem to light. A narrator or a more careful chronology would have gone a long way here. Perversely, the film’s most affecting moments come during interviews with Ciavarella himself. Toward the end, as he prepares to head to prison, the man who built his career on teaching kids right from wrong tearfully comes to terms with the fact that he failed to learn the lesson himself. As he realizes he’s set a terrible example for his grandchildren, there is the sense of a small-town Greek tragedy. This is a villain whose own philosophy undid him.

A justified public shaming is all well and good, but consider: If Ciavarella lives to see the end of his prison term, he’ll be 88 years old. He was recently found liable to pay damages to his former detainees, which could number in the millions. When the world finally found out what he was doing, the system worked the way it was supposed to: It made him pay. May could have taken a dispassionate view of the case to create a stirring non-fiction narrative, but he instead opts for pent-up anger, the vast majority of which is pointed squarely at Ciavarella, as though anyone alive still doubted his guilt. Too much, too late.

At this juncture, the better question for Kids For Cash to consider is how the case’s aftermath should reverberate across the juvenile justice system, or if it even will. In this respect, the film fails to advance its mission, partially because it’s exhausted so much of its time and energy on Ciavarella that there isn’t much left for anything else. May does give extensive screen-time to the Philadelphia-based Juvenile Law Center, which advocates for juvenile justice reform, and helped publicize the kids-for-cash case. But he only presents their views on child psychology and perpetual incarcerations in the context of how they could have affected the rural, overwhelmingly white Luzerne County. May takes one brazenly corrupt judge who preyed off a community’s fear and vulnerability in the post-Columbine era, and treats him as representative of a systemic failure in the juvenile courts, while ignoring actual systemic problems like the War On Drugs and racial profiling. This isolates Kids For Cash so it doesn’t have to consider, say, a stopped-and-frisked black teen in New York who winds up in jail over the two ounces of marijuana in his pocket. Think Of The Children, yes, but there are other children.