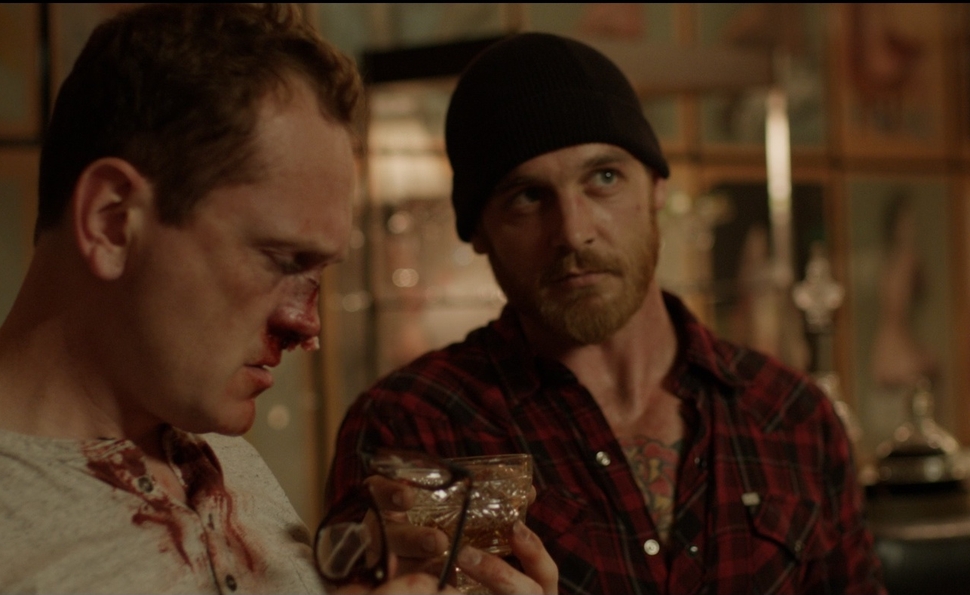 In the Henri-Georges Clouzot classic The Wages Of Fear, an American oil company hires four working-class men to transport trucks packed with volatile, sensitive nitroglycerin over a rocky mountain pass in order to put out a fire on the other side. One tire slip, bump in the road, or errant boulder, and kablammo!—the truck will be blown to smithereens. Clouzot makes an exquisite torment out of this scenario, but the politics of capitalist exploitation figure so strongly into the film’s fabric that more than 20 minutes were cut from the original U.S. release. The men could have chosen not to take the job, but the film implies they have no choice: They need the money, and in the absence of a safer wage, they’ll gamble their lives on a $2,000 payday.

E.L. Katz’s wickedly entertaining black comedy Cheap Thrills turns on a series of escalating wagers that recall Clouzot’s film, but shifts a good portion of the moral burden back to the gamblers. Unemployment and desperation play a role for the protagonists too, as the film turns a long night of crazy dares into a grisly, existential The Price Is Right: How much does a man’s dignity cost? How about honor? His loyalty? His body? His soul? Cheap Thrills functions like a clearance sale on all of the above, but its seriousness is cloaked in a darkly hilarious game of frat-guy oneupmanship. It’s about the things bros are capable of.

Tucked behind dark-rimmed glasses, Pat Healy (Compliance, Great World Of Sound) has a special talent for masking instability with seeming normality, which makes him the right choice to play Craig, a down-on-his-luck everyman pushed to the brink. After the one-two punch of an eviction notice and losing his job as a car mechanic, Craig heads to the local bar rather than face his wife and 15-month-old child. There, he runs into Vince (Ethan Embry), an old buddy who now makes a living working over deadbeats for gambling debts. Opportunity knocks when Craig and Vince have drinks with a rich, gregarious stranger (David Koechner) and his wife (Sara Paxton, who co-starred with Healy in The Innkeepers) and money starts to get thrown around. First, the bets are innocuous, like $50 for the man who can drink a shot of tequila fastest, or $200 for the one who can get a woman at the bar to slap him. But when the quartet retreat back to the couple’s house, the stakes rise considerably, and the old friends are pitted against each other in an increasingly fierce, bloody competition.

Katz and his screenwriters, Trent Haaga and David Chirchirillo, never entirely solve the mystery of Koechner and Paxton’s characters, who exist more as sadistic gamemasters than people who make sense together, though Koechner gets to subvert his doofus persona, to delicious effect. Perhaps that’s by design: The bets don’t reveal anything about being rich, other than the fact that wealth comes with the leverage to put the less-fortunate through the wringer. But for those who accept the bets, it’s another story. Craig and Vince learn things about themselves and what they’re capable of doing, and the film advances some harsh truths about the spoils of money-grubbing savagery. But Cheap Thrills doesn’t take a scolding tone: These lessons come in the form of a rowdy, midnight-movie entertainment that keeps its considerable ambition under wraps. For the characters and the audience alike, there’s time for reflection only when the high-pitched madness stops.