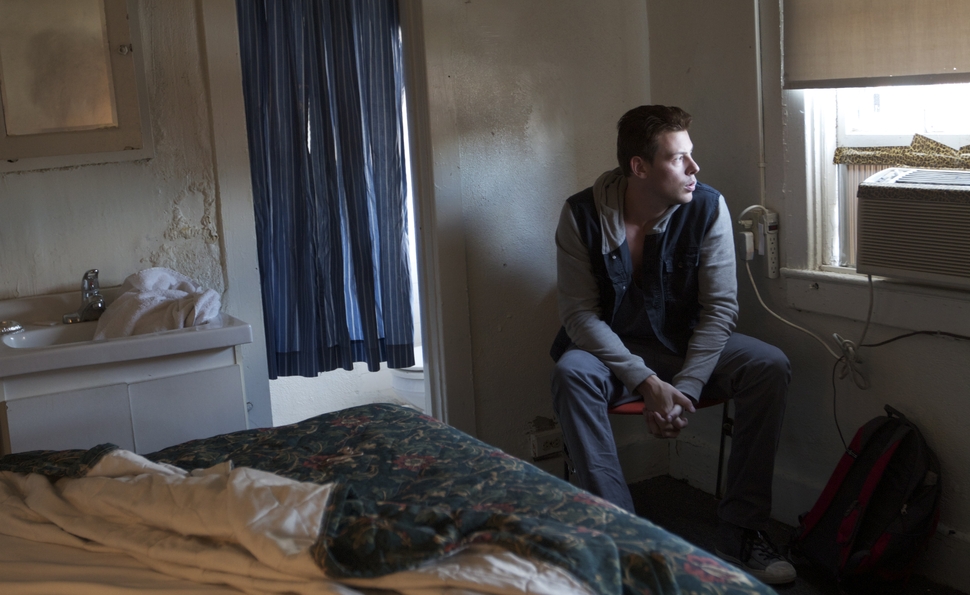 There are only two reasons to see McCanick, a rote renegade-cop picture with a dubious moral, but it’s questionable whether either one justifies enduring the film’s low-octane wallow in macho angst. The first reason is the rare chance to see David Morse in a leading role, even one as thinly conceived as Eugene “Mack” McCanick. Morse has long been one of the most underrated actors around, and he brings his usual tightly coiled intensity to a character who would otherwise come across as a sorry cliché. The second reason is sadder: McCanick turned out to be the final film project for Glee star Cory Monteith, who died of a drug overdose in July 2013. Playing a seedy male hustler who couldn’t be further removed from Glee’s clean-cut Finn Hudson, Monteith clearly hoped to demonstrate his range, and he’s convincing enough to suggest he might have gone on to have a notable big-screen career. There’s only so much either man can do with material this aggressively shallow, however, so only their truly diehard fans need apply.

“What’re you, fuckin’ Popeye Doyle?” someone asks police detective McCanick (Morse) at one point—a line screenwriter Daniel Noah apparently believed would exonerate him for lifting multiple ideas from The French Connection. A screw-the-books tough guy who enjoys intimidating suspects, McCanick even gets to jump into a car and chase someone fleeing on a subway train, though director Josh C. Waller (Raze) doesn’t attempt to match William Friedkin’s insane stunt driving. Some flashbacks aside, the film unfolds entirely over the course of a single day—McCanick’s birthday, as it happens—during which he discovers that a criminal he apprehended for murder seven years earlier, Simon Weeks (Monteith), has been given an early parole. For reasons that remain murky until the final moments, McCanick, against the stern orders of his captain (Ciarán Hinds), immediately starts tracking the ex-con down, his mania driving him to commit multiple crimes that culminate in his accidentally shooting his own partner (Mike Vogel).

Because Noah coyly reserves the motivation for McCanick’s vendetta as a third-act twist of sorts, much of McCanick simply involves watching this tortured guy mowing people down for no apparent reason. Morse invests him with enough wounded pathos that it’s possible to maintain some curiosity—McCanick’s estrangement from an unseen son who’s also becoming a cop gets mentioned repeatedly—but the actual scenes of an antihero threatening thugs who might have information, and chasing bad guys in stairwells, never transcend the drably formulaic. Worse, characters do things that make no damn sense: If a rogue cop who’s already royally screwed you over is hounding you again, but he’s been stripped of his weapon by his angry captain (in a standard-issue dressing-down scene), why on earth would you hand him a loaded gun? When a climactic flashback finally reveals the source of all this drama, “Mack” gets reduced to a sorry stereotype that really ought to have gone out of style around the time of, say, American Beauty. Morse, at least, may get better chances to strut his stuff in future. For Monteith, this mediocre last act will have to do.