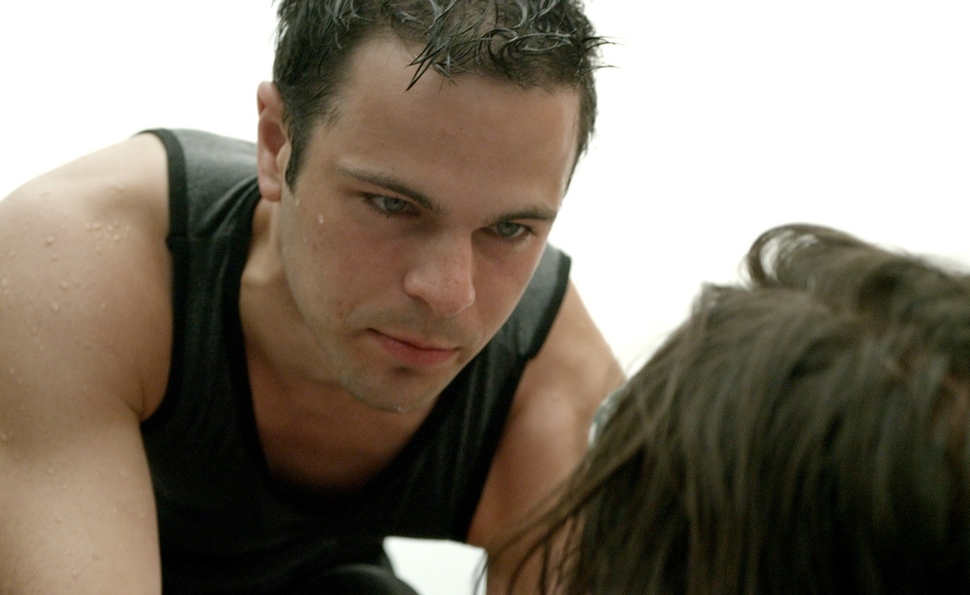 A pleasure to look at—but rarely to listen to—Larry Fessenden’s water-bound monster movie Beneath aims to be a more mature spin on the “teenagers in the woods” and “ancient creature wreaks havoc” horror subgenres. But while Fessenden brings a fair amount of visual sophistication to Tony Daniel and Brian D. Smith’s script (which Fessenden reportedly revised), the movie’s meager plot is populated by characters who have little of interest to say, and who run no deeper than a one-line description. There just isn’t enough going on beneath Beneath.

The film follows six high-school friends who hop on a rowboat with a cooler of beer, intending to have one last rager in the wilderness before they split up and head off to college. But Johnny (played by Daniel Zovatto), the one who invited his pals out to a lake his family has known about for years, fails to tell them about the giant, man-eating fish that patrols its depths. Before long, an afternoon swim turns deadly, and the surviving members of the party realize that the longer they stay on the water, the more likely they’ll become fish food. Then the creature eats their oars, and in the interest of keeping as much of the group intact as possible, the friends vote to see which among them will become diversionary bait for the beast while the rest of them paddle frantically with their arms. Will it be budding filmmaker Zeke The Geek (Griffin Newman)? Cocky jock Matt (Chris Conroy)? Matt’s insecure younger brother Simon (Jonny Orsini)? Or Kitty (Bonnie Dennison), the beauty queen whom every man in this little circle seems to have a crush on?

Early on, Beneath seems to be going somewhere with its depiction of recent high-school grads as uncontrollable, arrogant idiots, convinced that they’ve made it through the most unpleasant part of their lives, and that as now-independent adults, nothing will harm or even slow them down ever again. But then this big fish swims in—looking unconvincingly rubbery—and its victims go from being obnoxious in an understandable, almost likeable way, to being purely hateful assholes. As they argue over which among them deserves to die, they mention who betrayed whom in high school, and which of them have the most potential to do something important with their lives, until it becomes impossible to root for any of these selfish creeps to survive.

Fessenden and the screenwriters must’ve intended this as the theme of Beneath: that young people are often their own worst enemies. There’s a pointed scene at the start in which Simon sees Matt kissing Kitty and gets so distracted that he almost steers their car into oncoming traffic. All these kids seem to lack a certain necessary focus to stay alive. But Beneath tells the audience so little about them, beyond the broadest outlines, that when one character desperately yells, “I will not let that thing control us!” his defiance has no meaning. What’s so important about his life that he should fight to preserve it?

As routine and undercooked as Beneath’s one-wet-corpse-after-another plot is, the movie is still breathtakingly beautiful at times, with compositions and color tones that resemble a high-class fashion-magazine layout circa 1965. Fessenden and cinematographer Gordon Arkenberg make good use of their limited setting, moving the camera smoothly around the lake and the boat, always emphasizing just how far these kids are from safety. And Beneath occasionally cuts in some of Zeke’s video footage, using that camera’s limited perspective to heighten the viewers’ anxiety over what might be lurking just out of frame. There are striking images scattered throughout Beneath: a strangled corpse, a sinking camera, a bloody hand reflected on the surface of the water, and more. What links those images is that they all involve the characters after they’re dead, when they can whine and preen no more.