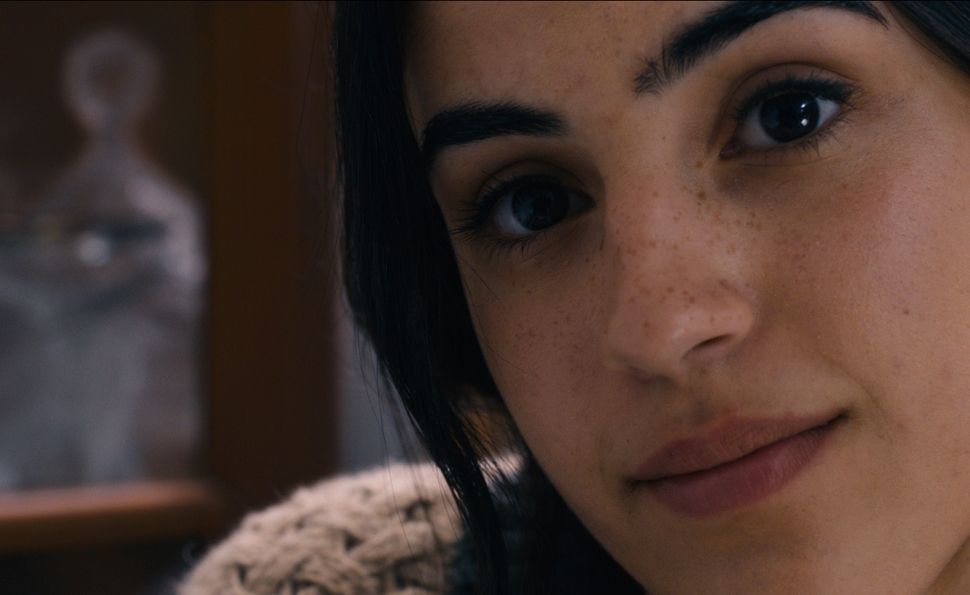 The first image in Omar is a wall. For viewers from another planet—or those who don’t read the world-news section of the paper—next to nothing in the movie explicitly indicates that this is the separation barrier between Jerusalem and the Occupied Territories of the West Bank. This lack of context is an effective creative choice. Given that this is a film about a very specific political situation, with lifetimes of scholarship and signifiers behind it, writer-director Hany Abu-Assad made a bold decision in pulling back and going broad. If not for one shot including an Israeli flag, the movie could work as a universal tone-poem about the fraying resolve of freedom fighters, and how they’re defeated by stronger forces.

But few people with such an uninterested worldview will ever see this movie, and Abu-Assad’s cinematic take isn’t so revolutionary that it can rewire thinking. This isn’t The Battle Of Algiers, it’s a small-scale drama about a hard-to-pin-down individual in an intractable battle far greater than he is.

Ambiguous protagonists are, by now, something of Abu-Assad’s stock in trade. 2005’s controversial Paradise Now, a portrait of two would-be suicide bombers made when terrorist attacks inside of Israel were more common, dared to try and humanize these evildoers, as many Westerners were calling them then. When Omar (Adam Bakri) is introduced, he seems more interested in stealing time away with his gal pal Nadia (Leem Lubany) than waging asymmetric war. He’s eventually pushed—allows himself to be pushed? chooses to get pushed?—along the path toward martyrdom.

Omar is part of a small cell, run by Nadia’s older brother Tarek (Iyad Hoorani), which includes his chum Amjad (Samer Bisharat), a jokester who’s a little shy and also has the hots for Nadia. The three pull off an operation wherein they shoot an Israeli soldier. Assad films this through the gun’s sight, with the three men chattering as they pick off a target at random. The wrong-place/wrong-time nature of the particular soldier’s death is surprising. Even the most rabid anti-Zionist partisan would agree that the affair seems to lack in glory.

The deed quickly comes back to haunt the group. Moles are everywhere; nothing gets past the Israeli secret police. Omar is soon picked up, tortured, and tricked into giving a quasi-confession. Amjad pulled the trigger, but the man the Israelis really want is Tarek. In short order, and much to his own amazement, Omar ends up working as an informer to save his own skin. His Shin Bet handler Rami (Waleed F. Zuaiter) starts spinning him in circles, and the pair share one of the film’s sole moments of levity, discussing Spider-Man. (Omar is given to moments of brooding solitude, and since he works at a bakery, there’s ample time to watch pita bread rise in a hot coal oven of symbolism.)

With torn allegiances, Omar tries to stay one step ahead of everyone—or at least that’s what he appears to be doing, as Abu-Assad’s reserved approach goes to great lengths to keep Omar’s true feelings distant. Still, anyone who has seen a cop movie knows this isn’t going to go well. A third-act twist, however, is unexpected enough that it ought to brush aside any plot complaints like “If the Shin Bet is just so all-seeing and all-knowing, why do they need Omar to track down Tarek in the first place?”

Apart from the acceptable length of time that can elapse before you give a wedding present, the Israel-Palestine debate is among the world’s thornier and most intractable issues. It’s clear Omar thinks he’s a freedom fighter, but does the film with his name in the title think he’s a freedom fighter? Abu-Assad’s stance on killing Israelis, if he is meant to stand for the voice of the film, is open to interpretation.

The writer-director chooses to show only what Omar sees. Omar is harassed by border police, but the film offers zero context as to why there needs to be border police in the first place. Abu-Assad has ample cover in simply telling a character’s story, but given the realpolitik of this conflict, the words of the great poet-philosopher Neil Peart come to mind: “If you choose not to decide, you still have made a choice.”

A moralistic gray zone is good for business, though, at least with a foreign-language film trying to penetrate the American market. Regardless of whether the film and Abu-Assad advocate the characters’ actions will lead to post-screening discussion, perhaps more than the meat of the film itself. For what it’s worth, the self-identified Palestinian Hany Abu-Assad carries Israeli citizenship, and spent much of his life in the Netherlands. This is undeniably juicy packaging for what is, at its core, a good but not great crime drama. Of further note, two more upcoming films, Bethlehem and The Green Prince, both Israeli productions (the latter a documentary), are also about Palestinian informants with Shin Bet. Could make quite the triple feature.