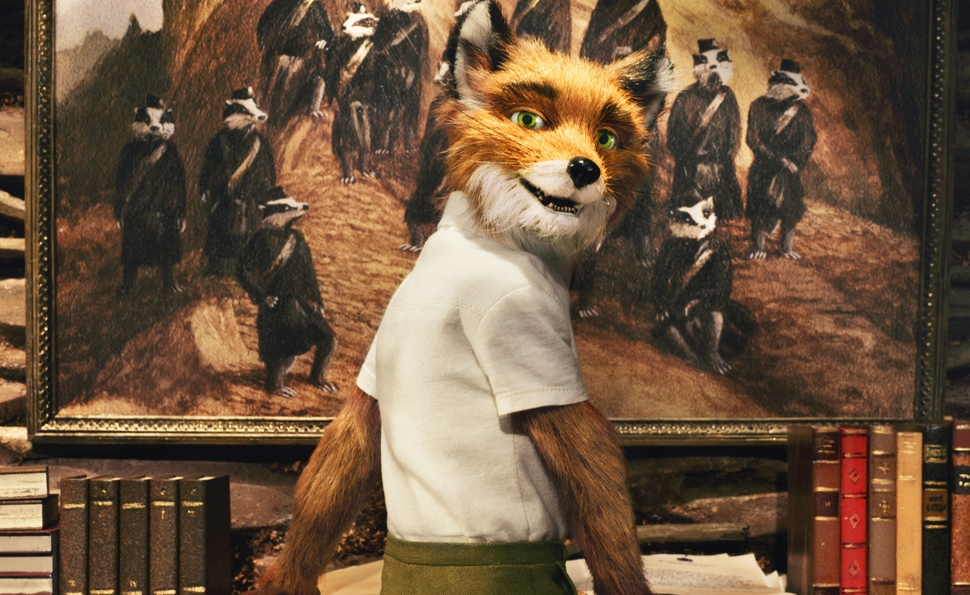 With Fantastic Mr. Fox, Wes Anderson accomplished two personal firsts: He adapted someone else’s work—in this case, Roald Dahl’s children’s novel, enhanced with details from Dahl’s Danny The Champion Of The World and the author’s life—and he tried his hand at stop-motion animation. Giving himself over to Dahl and a team of puppeteers and animators might seem like a departure for Anderson—a necessary one, according to the detractors who harp on his insularity—but Fantastic Mr. Fox is as much “A Wes Anderson Film” as anything else he’s done to date. Part of that is owed to the extraordinary control Anderson exerts over all his productions, an auteur stamp so distinctive that it can be recognized from the first frame. But the film also doubles as a Wes Anderson origin story: Dahl’s influence on the director is so immense that the deeper he gets into Dahl’s world, the deeper viewers get into the roots of his sensibility.

The wonderful new Criterion edition of Fantastic Mr. Fox opens up every last sketchbook and behind-the-scenes moment of futzing that led to the film’s meticulous creation, revealing the extent to which Anderson wanted to immerse himself in Dahl’s work—and in his own childhood, perhaps. Anderson and his co-screenwriter, Noah Baumbach, wrote the script at Gipsy House, the rural home in Buckinghamshire where Dahl and his family lived for decades. With permission from the Dahl estate, they looked outside the book for inspiration wherever they could find it. When it came time to record sound for the film, Anderson brought his cast and crew to an actual farm in Connecticut for extra verisimilitude, giving a texture to the performances that would have been hard to achieve in the hermetic environs of a studio sound booth. Neither of these initiatives were strictly necessary—people have written great scripts from their the comfort of their own homes, and animated films generally don’t require location work—but they contribute to the film’s homemade charms, and the sense that Anderson wants to give viewers the clearest possible window into his sensibility.

Though Anderson and Baumbach make plenty of embellishments, including a third act that’s invented whole cloth, the spirit of Dahl’s story is faithfully rendered. A prologue finds the dashing rapscallion Mr. Fox (George Clooney) and his wife Felicity (Meryl Streep) raiding one of the poultry farms owned by the dastardly Boggis, Bunce, and Bean. After they get ensnared by a trap, Felicity announces that she’s pregnant, and makes her husband promise he’ll give up thievery if they make it out alive. Two years later (12 in fox years), with a son (Jason Schwartzman) added to the family, Mr. Fox has kept his promise and settled into a job as a newspaper columnist, but he can’t suppress his natural friskiness for long. Against the advice of his lawyer friend Badger (Bill Murray, snarling beautifully), he moves the family into a spacious tree on a hill overlooking Boggis, Bunce, and Bean’s farms, and sets about stealing from them and antagonizing them once again. This sets off a full-scale war that drives Mr. Fox, his family, and all the other neighborhood animals deep underground.

“I’m a wild animal,” Mr. Fox says drolly, as he stands on two legs, looking dapper in his corduroy suit. The irony of a line like that is all the thicker for Anderson fans, who recognize the dearth of wild-animal behavior in his comedies, but it’s also the film’s legitimate theme. What connects Mr. Fox to other Anderson heroes is that he does what’s in his nature, no matter the emotional consequences to the people around him. There’s no evident malice to him, just as there’s no evident malice to Max Fischer in Rushmore, or Dignan in Bottle Rocket, or Steve Zissou in The Life Aquatic. But they’re all guilty of pursuing their own visions, and the films are about rescuing them from their own myopia. Anderson isn’t the type of filmmaker who delves into mankind’s animal nature, but his insights into human nature (or human-like fox nature) are always keen, no matter how whimsical his films are.

And Fantastic Mr. Fox is certainly whimsical. While it has the wry sophistication of other Anderson films, Fantastic Mr. Fox also makes an appeal to children of all ages, with delightful bits of adventure and derring-do, from Mr. Fox’s Dignan-like schemes to an interlude on the game of Whack-Bat, which plays like a baffling offshoot of cricket, with flaming pinecones and obscure dashes around the field. That melancholy tug of Anderson’s work is still present here, but Fantastic Mr. Fox may be his most purely pleasurable film to date, evoking the Dahl books and Rankin-Bass productions that so transported him as a kid. To quote Wordsworth, the child is the father of the man.

Anderson has been working closely with Criterion for years on putting together special-edition features that are just as scrupulously wrought as his films, and Fantastic Mr. Fox is no exception. Though he can be coy about the meaning behind his work, Anderson is open about sharing the elements that go into it, and his commentary track gives him plenty of talk about on that front. His observations don’t often flow into one another, but they’re engaging nonetheless, especially when he leaves himself wondering about certain decisions he made. (On the Beach Boys motif introduced by the song “Heroes And Villains”: “I’m not exactly sure why [we had the motif]. It just seemed like the thing to do at the time.” On the logic behind the relationship between animals and humans: “Do the people see that [these animals] are wearing corduroy and suits and things? I don’t know.”)

On the making-of front, the supplements include the storyboard animatic rendering for the entire film; a series of stop-motion awards-acceptance speeches that make it lamentable the film wasn’t honored more; artful set photographs by Ray Lewis; an hourlong documentary on Dahl; a shorter piece on Dahl and the centuries-old “Witch’s Tree” on his property; a series of publicity featurettes; and a disposable “discussion and analysis” feature where two small boys review the film like Siskel and Ebert. Rather than put together a slick making-of documentary, the disc breaks the production down into distinct segments like “recording the voices,” “references for art department,” “a visit to the studio,” and so on, and it makes the whole thing more digestible. Footage of Clooney on the farm in Connecticut, rolling around in leaves and making Mr. Fox’s whistle-click-click sound, makes it regrettable that a live-action Fantastic Mr. Fox wasn’t filmed simultaneously.