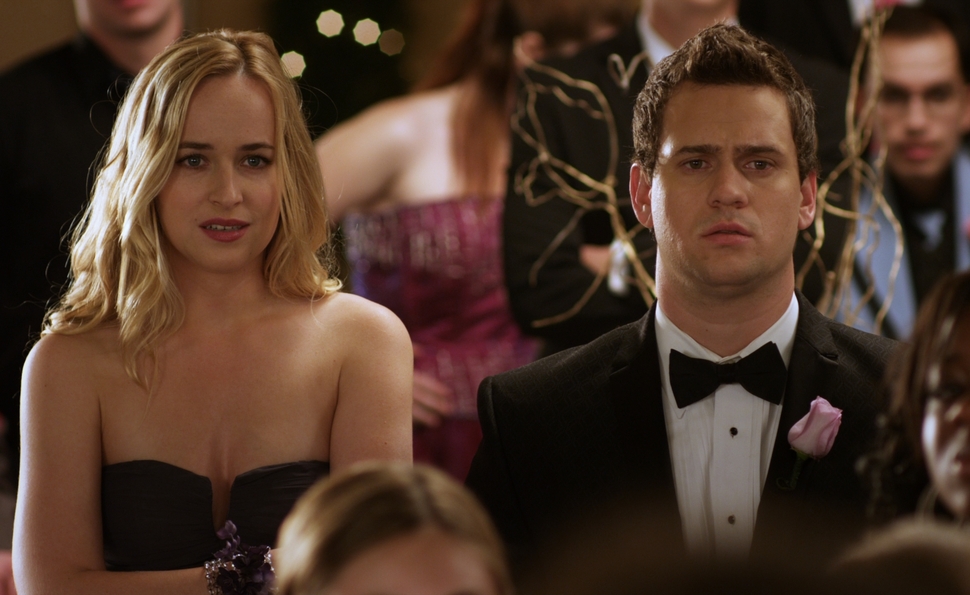 There’s admirable heart to Date And Switch, a high-school sex comedy in the American Pie/Superbad mold that revolves around the sexuality of one of its leads. Director Chris Nelson (Ass Backwards) and screenwriter Alan Yang (a Parks And Recreation producer) populate their film with gay and straight people who defy easy categorization, and who are all concerned with more or less the same thing: getting laid. January 2014’s standout G.B.F. aside, honest depictions of gay characters are still a rarity in American teen comedies, and this movie will do the trick for those for whom extending that simple courtesy is enough.

A film needs something more than honest characters, though, and Date And Switch only seems like it has that something over the course of its first act. The leads—Hunter Cope as self-proclaimed “gay dude” Matty and Nicholas Braun as his gawky best friend Michael—have bromantic chemistry as high-school seniors who get high, goof off, and rock out together. (Their band, Pay Per View, plays “instrumental covers of TV theme songs.”) They make the traditional pact to lose their virginity by prom night, as is the custom of their culture, and on the occasion of this pact, Matty makes his big announcement. But the deal is still on, Michael insists, so he begins dragging the reluctant Matty to gay bars and nightclubs with foam pits in an effort to act as a decent wingman. He even adds male appendages in icing to the pot brownie he’s baked for the occasion, making him a spiritual successor to Jonah Hill’s “dick devil”-possessed Superbad hero.

It’s obvious that Michael is overly accommodating in order to mask his unease with learning about a previously hidden side of his best friend. This sets up a surprisingly complex friendship dynamic for a high-school movie, especially since Matty had—and continues to have—better luck with girls than Michael. Matty even hooks up with his recent ex, Em (Dakota Johnson, soon to be America’s First Lady Of Kink, thanks to Fifty Shades Of Grey), after coming out, which strains the duo’s friendship even more once Michael starts putting his own moves on her. Nick Offerman, as Michael’s tolerant-to-a-fault father, helps keep the early laughs running. Offerman’s deadpan gruffness is a good fit for dad roles, as he proved in last year’s far stranger, meatier teen romp The Kings Of Summer.

These intriguing developments aside, the problem with Date And Switch comes in its lackluster energy. The film’s back end drags considerably, and its already-brief 91-minute runtime is padded with extended cameos and fluffy, disconnected sketch-like bits involving go-karts, fast-food restaurants, and tuxedo fittings. Some of these detours are amusing, with good-natured vulgarity. Date And Switch earns its R rating, unlike G.B.F., whose adult sticker was purely the result of some old-fashioned MPAA drive-by homophobia. But collectively, the sequences weigh the film down like lead boots. The same goes for Zach Cregger as Matty’s love interest: He’s charming, but the age gap between the 32-year-old actor and his high-school-aged romantic partner is far too distracting.

Adding to the limpness, Michael and Matty repeat the same fight-and-forgive cycle one too many times without any real thematic progression. Their journey lacks the urgency their teen-movie forbears brought to the screen, as the script checks off the obligatory scenes—parent walking in on something embarrassing, grand gesture on prom night—with a been-there-done-that feel. Date And Switch is a plucky step in the right direction for diversity in teen comedies, but it lacks the extra oomph to stand on its own merits.