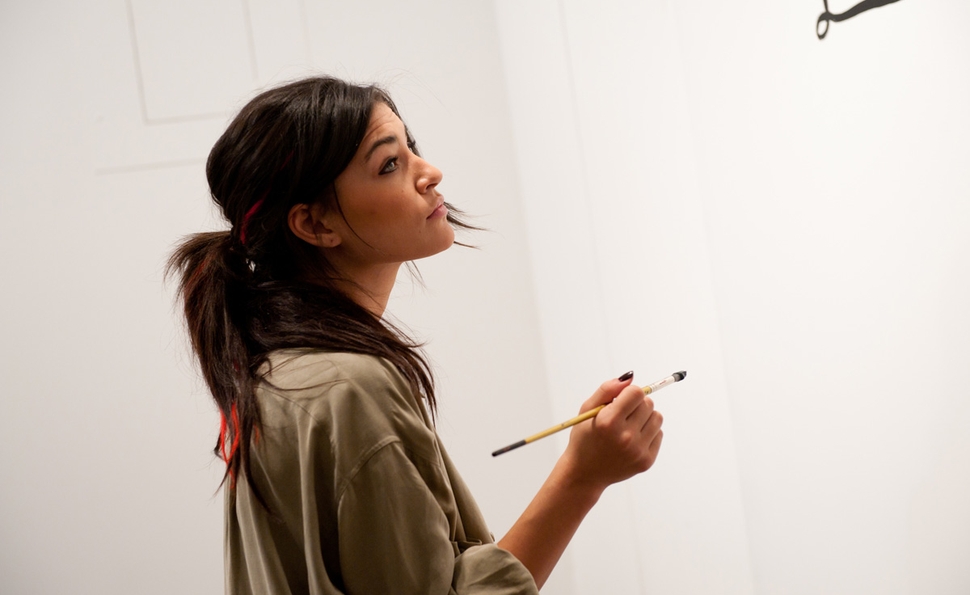 Art Machine, a flat, insipid coming-of-age drama about a former child painting prodigy, is the first feature from co-writer and director Doug Karr. There’s something deeply depressing about a debut film centered on fading talent, but even more depressing are the downright amateurish insights it musters about youth, the art world, and the burdens of growing up gifted. The movie is the worst kind of bad art: the kind that thinks “reject the system” is a profound enough statement.

Joseph Cross, who looks like a young, more rage-filled Neil Patrick Harris, plays the 17-year-old Declan. He’s been supporting his family for years with his paintings, but the art world is growing weary of the child-star novelty act, and he only gets one more shot to demonstrate that his style has matured appropriately. This leads to some strange Mama Rose-style domineering from Declan’s single mother (Joey Lauren Adams), who needs him to produce valuable paintings, but apparently doesn’t think much of the artistic process. Declan is strongly encouraged to keep to his tiny studio and not go out at night, make friends, or experience new things, which is so obviously a terrible recipe for inspiration that there’s no sense in even pretending his mother has his best interests at heart. She’s just another cog in the gear-shifting of the plot—art machine, indeed.

It’s no surprise, then, when Declan falls into a bad crowd—in this case, a co-op of insufferable anti-establishment radicals living somewhere in Brooklyn. Declan, the creative genius who’s been immersed in the art world since he was 7, is amazed when he walks into his first live-in collaborative studio and discovers drugs, hip fashion, and nontraditional forms of expression. (What, he’s never heard of Warhol?) He falls for Cassandra (Jessica Szohr), a pyrotechnic with jet-black hair who’s this film’s equivalent of a deep thinker; her first words are, “We’re all a little hurt on the inside,” which is exactly the Dollar Palace-wisdom level at which the rest of the film is pitched.

This is the second generic young creative type Szohr has played in 2014, after her turn as Spunky Hat Girl in Brightest Star. She has an engaging energy, and indie filmmakers need to start doing a better job using her. Cassandra’s gimmick—and it is a gimmick—is spelling nebulous phrases in public places with gunpowder. She starts with “Everything Changes” and “All Phenomena Is Unpredictable,” and things get worse from there. If Cassandra has any artistic talent, she’s keeping it hidden, which is a good strategy for an anti-commercialist. It’s hard to sell out if you have nothing to sell.

Late in the film, it becomes apparent that Declan is mentally ill, and that he’s been bent out of shape since his father’s death several years ago. This at least gives the proceedings a hint of an interesting wrinkle: How much can his nonstop creative regimen be attributed to his disorder, or vice versa? But Karr isn’t interested in Declan’s illness so much as he is in giving the art world what he views as a much-deserved skewering. The climactic gallery opening offers a parade of snooty clientele, all grotesque caricatures of art collectors who—subversion ahead!—don’t even realize Declan is mocking them. It’s yet another example of just how much Art Machine is willing to drive its intentions into the ground: One of the exhibit’s signature pieces is literally a blank wall adorned with the words, “The Modern Art World Can Suck My Ass” (Cassandra’s contribution). Protesting factory-grade creative output is one thing, but the heroes of the film produce more explanations for their art than actual art. Even the most ardent self-made Brooklynite might tell this lot to get over themselves.