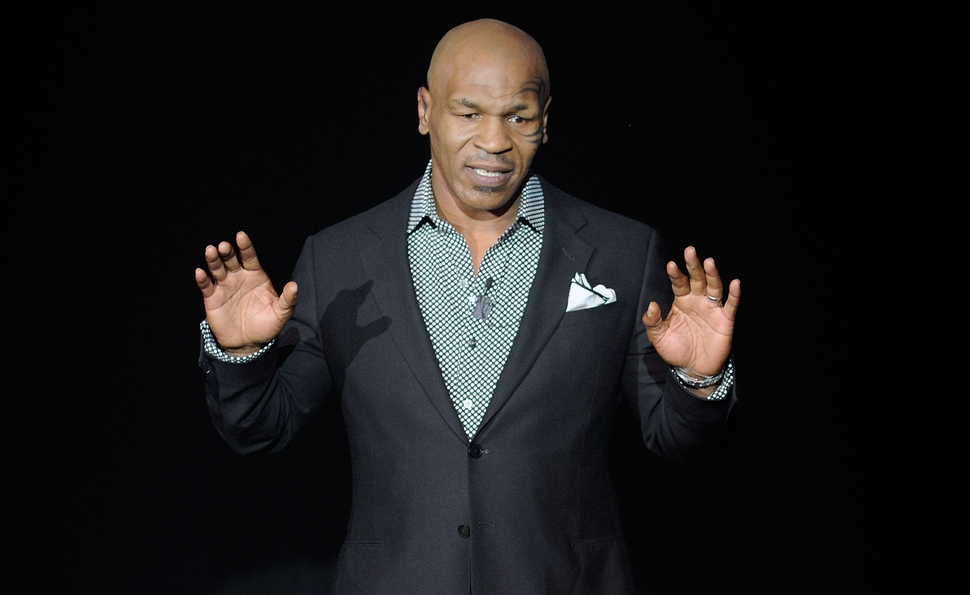 Spike Lee’s staging of the Broadway show and HBO special Mike Tyson: Undisputed Truth looks uncannily like the scenes in Nicolas Winding Refn’s Bronson where Tom Hardy’s notorious thug stands in front of an audience on a tiny stage, penned-in and putting on a show. Throughout his career, Lee has  dabbled in filmed theater—with Freak, The Original Kings Of Comedy, A Huey P. Newton Story, and Passing Strange—but he’s rarely gotten enough credit for what he brings to these pieces. Lee doesn’t just turn on the camera and let the performers work; he frames and choreographs shots so that he neither misses their small gestures nor undersells their big ones. Lee’s artistry is hard to ignore in Undisputed Truth. From the opening images of Tyson sitting on a tiny stool in a tight corner, looming over the crowd, Lee keeps reminding viewers of Tyson’s sheer physical presence, and of his relationship with an audience that’s both entertained by him and separated by a sizable gap between the stage and the front row.

Mike Tyson: Undisputed Truth might feel like a different movie—and a better one—if Tyson were a fictional character. It’s hard to watch the former heavyweight champion talk about his tumultuous marriage to actress Robin Givens, or his rape conviction in Indiana, and not feel like he’s letting himself off too easy, especially given that he’s the only one talking. Tyson doesn’t just laugh off the perceptions that he is (or at least was) a bully and an abuser, he encourages the audience to laugh and applaud too, as though he were leading them through a self-help seminar that has to end with them seeing him as a role model: a survivor of an impoverished childhood in Brownsville, Brooklyn; and a survivor of the string of vindictive men and women who conspired to bring him down. Tyson cops to his addictions and his indiscretions, but he fits them all into a narrative arc that leads to this new, smiling, anecdote-spilling Tyson that the general public has never really gotten to know before.

Whether this is all bullshit or not, the “Tyson” on stage in Undisputed Truth is, admittedly, one entertaining son of a gun. He talks too fast, and sometimes gets so worked up that he’s gasping for air and all but impossible to understand. But Tyson gives his all as a performer. He does impressions of his friends, foes, and mentors, and he leaps and runs about with a fervor reminiscent of Robin Williams or Richard Pryor in their heyday. (Tyson moves a little slower than those guys, but not from lack of will.) Whether he means to or not, Tyson and his wife Kiki—who wrote the show—call back to the days of vaudeville, when famous athletes would make extra money during their downtimes by putting together a little act, anchored by well-worn, heavily embellished stories.

Even if the Tysons aren’t aware of this tradition, Lee surely is. He shoots Undisputed Truth such that it looks like a big show—layering in films and photos behind Tyson as though he were building a whole traveling Chautauqua around the champ. And while Mike Tyson: Undisputed Truth isn’t the unflinching confessional it purports to be, it is of a piece with Lee’s other filmed theater pieces, in that it focuses a lot on assimilation, and how a man who describes himself as growing up in a “pack of wild wolves” navigated a world where white and black people alike pinned a lot of expectations on him. Lee doesn’t judge Tyson’s sins, but he does express an attitude toward his story, through the way he frames a desperately ingratiating Tyson at a persistent remove.

The lone extra is a short HBO promotional featurette billed as “Conversations,” though it’s really just an extended commercial, made to run between other programming. What’s most interesting about “Conversations” is that it excerpts a few scenes of Undisputed Truth, and seen just a few seconds at a time, the movie looks like a parody of a Mike Tyson one-man show that the boxer good-naturedly agreed to appear in as “himself.” Those scenes play much better in context, but still: that impression of a put-on never entirely goes away.