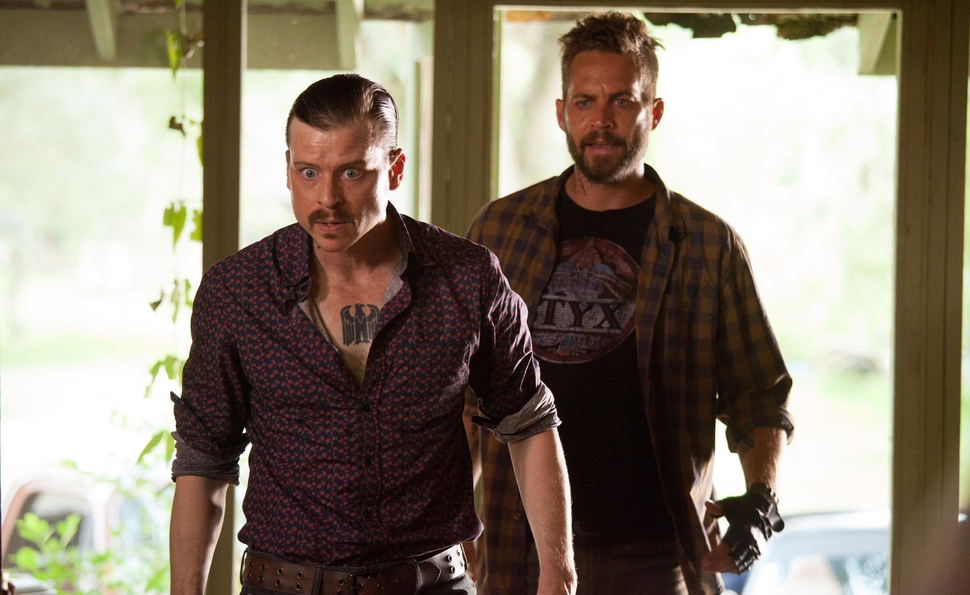 Wayne Kramer’s grubby, obnoxious comic thriller Pawn Shop Chronicles registers as an unfortunate throwback to the plague of dodgy Quentin Tarantino knockoffs that afflicted video-store shelves in the mid-to-late 1990s. It belongs to an unfortunate subgenre of exploitation movies that aspire to catch the attention of undiscriminating thrill-seekers with a brassy carny spiel promising sex and über-violence, plus the reassuring presence of has-beens and C-listers hoping to make John Travolta-style comebacks.

Best known as the writer-director of 2003’s The Cooler, a Vegas-set redemption drama that earned Alec Baldwin a nomination for Best Supporting Actor, Kramer wrote and directed one of the more noteworthy and distinctive of these Tarantino knock-offs in 2006’s Running Scared, which pushed genre sleaze and sensationalism to hallucinatory levels and won a modest cult following in the process. Pawn Shop Chronicles is even more shameless in its appropriation of Tarantino’s B-movie/drive-in aesthetic and the particulars of his filmography, brazenly borrowing central motifs of his work, such as Elvis iconography, pawn shops, torture, and sexual slavery. The film doesn’t feel like a fresh riff on familiar tropes so much as a bad cover of Pulp Fiction.

In the framing device that links three equally pointless vignettes, Vincent D’Onofrio plays Alton, a pawn-shop proprietor whose business figures prominently in all three stories, each involving desperate characters on the fringes of society. The first follows a group of meth addicts, including a grunged-up Paul Walker, attempting to rip each other off in counterproductive ways that at times recall a grimy, amphetamine-addled variation on O. Henry’s “The Gift Of The Magi.” Not content to steal just from the best, Kramer also blatantly rips off Jonas Akerlund’s Spun, an instant cult oddity similarly invested in the Goodfellas-derived cliché that the best way to chronicle late-period drug delirium is to mirror its effects stylistically. Here, he tries to convey coke-related frenzy by creating the impression that the cameramen and editor are ingesting industrial quantities of blow.

The next vignette elevates the violence to torture-porn/grindhouse levels in the blood-drenched, sexual-violence-permeated tale of newlywed Richard (Matt Dillon), who goes on a crazed quest for vengeance after visiting the pawn shop and spotting a ring he gave to an ex-wife who disappeared mysteriously years earlier. As Johnny, an ominous figure with a dark secret, Elijah Wood joins the coterie of recognizable names and faces jumping at the opportunity to roll around in filth at Kramer’s behest.

Brendan Fraser stars in the film’s third and least sordid vignette as Ricky, a hapless Elvis impersonator whose resemblance to the King goes no further than an unusually twitchy upper lip and a fumbling familiarity with the basics of Presley’s life. He winds up in a trippy small town with strange customs and rituals, acquiring unlikely redemption after turning his life over to a King of a more heavenly variety.

Pawn Shop Chronicles is just as sleazy and violent as Running Scared, but this time the path of excess leads not to wisdom—or even a cheap good time—but to weariness and exhaustion. By the time it winds to a conclusion, the film seems to have tired itself out, like a toddler who screeches nonsensically for hours, then falls asleep in a fetal ball in the corner.