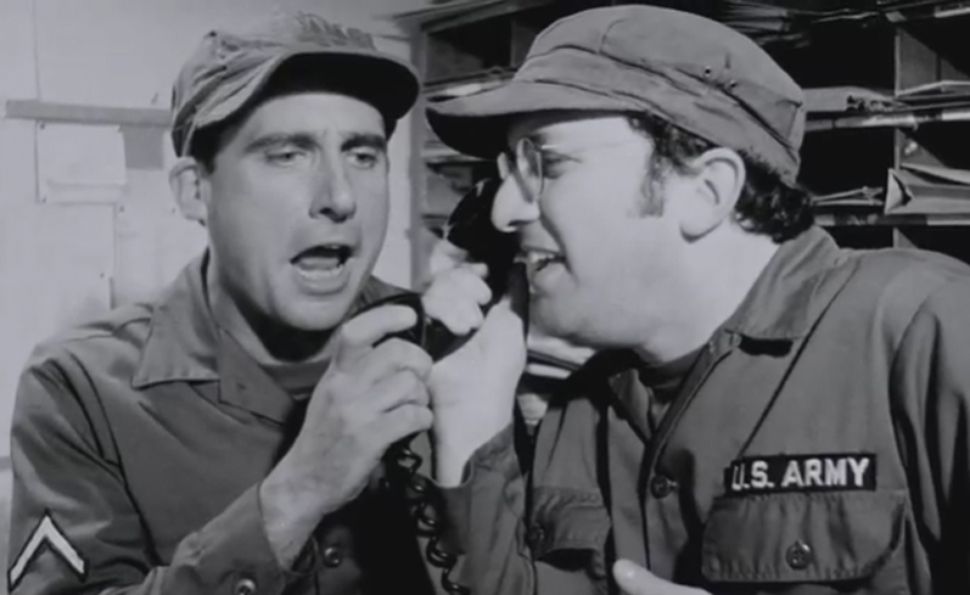 To much of the world, Louis C.K. emerged as a fully formed entity on his star-making television vehicle Louie. In the past few years, C.K. has rocketed to cult fame and then fame of a more mainstream variety as a television auteur with a persona as brilliantly defined as Woody Allen’s or Rodney Dangerfield’s. But to people following the life and career of the ultimate comedian’s comedian, the Louis C.K. of Louie represented the culmination of a long, dramatic process of evolution.

In Louie, he isn’t the working-class, Norman Lear-emulating man he was in his previous television vehicle, HBO’s Lucky Louie. Nor is he the comedian he was in his early stand-up, which gravitated more toward Steven Wright-esque absurdist one-liners than the nakedly autobiographical, soul-baring comedy that has made him a popular favorite for the title of funniest man in the world. And the more or less universally beloved C.K. who appears in two of this year’s Oscar nominees (Blue Jasmine and American Hustle) and has won seemingly every award in existence for his television brilliance most assuredly isn’t the same man who confused many and delighted some with his lowbrow, surreal 2001 comedy Pootie Tang, which flopped on release, but has won a fervent cult following.

To arrive at a comic voice this singular, Louis C.K. had to go through a lot of different permutations. But looking back on his work, there’s a clear line of progression as well. Where Louie feels fully formed, that might be because C.K. has spent so much time and energy figuring out who the hell he is and what he wants to say, creatively speaking. In Gladwellian terms, he has logged the 10,000 hours necessary to become an expert in a subject—and then some. Now, he’s finally bold and brave enough to show off some of his embryonic, least-seen early works.

C.K. just released his 1998 directorial debut, Tomorrow Night, on his website, seemingly in the spirit of a veteran musician releasing early demos to his hardcore fans, rather than as a major artist unleashing a lost masterpiece. Seen from the perspective of his subsequent fame and acclaim, Tomorrow Night feels unmistakably like a professional comedian’s version of a student film, the kind of low-budget but passionately felt curiosity filmmakers make to prove to themselves and the world what they’re capable of, more than as art meant for posterity. Unlike the typical student film, however, Tomorrow Night is the furthest thing from a professional calling card, unless C.K. was trying to prove to the industry he was capable of making the kind of no-budget cult movie seemingly no one other than himself wanted to see. In that respect, it’s a perfect prelude to Pootie Tang.

C.K. has talked reverently about the life-changing impact Robert Downey, Sr.’s groundbreaking satire Putney Swope had on him as an artist. Tomorrow Night betrays C.K.’s reverence for Downey’s deadpan, satirical surrealism. Like Downey’s early films, Tomorrow Night works best as an urban riff on absurd ideas and themes, as well as the crazy bebop rhythms of New York itself. Like Louie, Tomorrow Night is a cockeyed love letter to New York. While it doesn’t share a world with Downey’s films, it at least occupies a block in the same funky, gentrification-averse neighborhood.

The film was made in 1998, but it’s so rooted in New York and in cinema’s past, it’s devoid of any period signifiers, except a Walkman that appears in one scene, and Conan O’Brien appearing as the host of Late Night With Conan O’Brien. Title aside, it seems to reside chronologically and spiritually in a yesterday long past.

C.K.’s curious debut stars fellow television writer Chuck Sklar as Charles, the prickly proprietor of an old-school camera store who subscribes to such an uncompromising moral and professional code that he ends up chasing away the smattering of customers his already-anachronistic store attracts. He’s an uptight crewcut of a man, confused and mildly disoriented by the lewdness and vulgarity represented by the strange characters flitting in and out of his store. Chief among them: Heather Morgan (the sole female cast member on The Dana Carvey Show) as Lola Vagina, a perpetually wiggling, giggling, sex-obsessed nymphet whose name might just be her most demure, reserved characteristic; and J.B. Smoove as Mel The Mailman, a libertine whose debauched attitude throws Charles’ stiffness into even sharper relief.

Like Louie, Tomorrow Night is animated by a discomfort toward sex that frequently veers into outright comic repugnance. Charles is clearly horrified by the rank vulgarity of Lola Vagina and Mel The Mailman, characters whose names go a certain way toward conveying the Pee-wee’s Perverted Playhouse vibe the film has at its crassest. Charles’ fetish for orderliness eventually leads him into an impossible romantic relationship with Florence (Martha Greenhouse), an elderly customer bedeviled by a verbally abusive, gambling-addicted husband and a best friend (Rick Shapiro), who won’t stop ranting about her all-consuming sexual desires. But Charles has his own sexual predilection toward immersing his genitals in ice cream, in a ritual of sadomasochistic punishment/reward. There are many different forms of sex and sexuality in Tomorrow Night, but they all veer toward the surreal and off-putting.

Tomorrow Night has a plot, after a fashion, and lead characters. But it seems ridiculous and unnecessary to devote too much time or energy to chronicling either of them, since C.K. clearly sees the film’s tragicomic weirdoes as curious cartoons to be pressed into increasingly preposterous and extreme tableaux rather than flesh-and-blood human beings.

There’s a deliberate absence of humanity in Tomorrow Night, which is devoid even of the scattered moments of unexpected beauty and emotion that occasionally break through the deadpan surface of Downey’s early films, lending them an unexpected resonance. The performances alternate between Sklar’s affected, deadpan flatness and Smoove’s giddy comic-book goofiness. Hugging the latter extreme: Robert Smigel and Steve Carell as a pair of army clerks who literally never stop giggling at their cleverness in pulling mean pranks on Florence’s grown son, an army man who doesn’t realize his letters to his mother have been thrown into the trash for two decades.

Viewers unfamiliar with the films C.K. is paying tribute to may find Tomorrow Night’s dry tone strange and distancing. Those who know the film’s inspirations might find it derivative and second-hand. But visually, the film looks fantastic; C.K. makes the most of his tiny budget and limited resources. The camera store has a certain stark beauty, and Greenhouse manages to invest her sad little dreamer with a hint of desperate vulnerability.

But Tomorrow Night fatally lacks the squirmy vulnerability that distinguishes Louie, and it isn’t funny or inspired enough to compensate for the deliberate coldness at its core. C.K. didn’t become a great comedian until he learned to invest more of himself and his neuroses into his stand-up. And while here, he shows numerous flashes of the artist he would become, the strange irony is that he’s much more accomplished and confident on Louie—which is gloriously cinematic even as a television show—than he was making a bona fide feature film as an ambitious twentysomething. C.K. has always seemed to be the type who learns by doing, and Tomorrow Night marks an important step in his creative evolution, even though it’s more notable for its only intermittently realized potential than for its level of achievement.

Sixteen years ago, Tomorrow Night must have seemed like a singularly unpromising investment: a low-budget Robert Downey Sr. homage about the absurdist quasi-romance between a grim middle-aged weirdo and an old woman. It isn’t unusual that an early film by a revered cultural fixture took so long to be widely disseminated. What’s wonderfully unexpected is that it came out at all, even as a digital download on its maker’s website. The fact that an oddity this non-commercial might actually turn a substantial profit—albeit under unusual circumstances, and with just a little help from its creator’s sidelines in television and stand-up—is a cosmic joke as bizarre and unlikely as anything in Tomorrow Night itself.