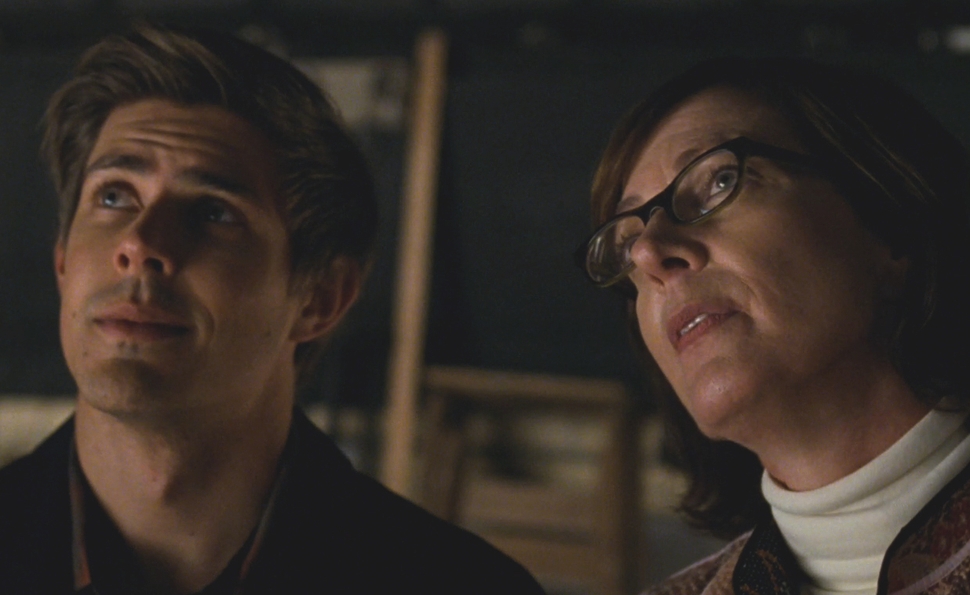 The Astronomy 101 professor in Brightest Star tells his students up front that his class is meant for liberal-arts majors who want to satisfy their science requirement. “Astronomy for liberal-arts majors” is also the most charitable way to describe Brightest Star. Here, all the planets, galaxies, and grand mysteries of the cosmos together can only muster a wispy spiritual nudge to a hopeless young romantic, who’d love a career in studying them, if not for all that pesky math and physics stuff. The film’s interest in space is so perfunctory, writer-director Maggie Kiley doesn’t even bother to throw in any visual motifs of the night sky. It’s as though Kiley wanted to emulate Walt Whitman’s “When I Heard The Learn’d Astronomer,” but missed the poem’s final line: “Look’d up in perfect silence at the stars.”

Set mostly in cities, where the same lights that illuminate young lovers also obscure the stars, the film follows an unnamed dude (he’s credited as “The Boy,” and played with nice intensity by Chris Lowell) through college and several careers and relationships, occasionally pausing as he chats wistfully about celestial bodies and what-ifs. This is all vague, since the non-chronological first act is disorienting, but there’s a basic outline partially lifted from Kiley’s 2009 short film “Some Boys Don’t Leave.” The Boy falls madly in love with Charlotte (Rose McIver), a girl he meets in astronomy class and soon meets in bed; she professes to be an artist, yet climbs the corporate ladder and becomes frustrated when he refuses to do the same. The film opens with Charlotte turning over the lease on their shared apartment and leaving her self-professed soulmate on the floor for the new tenants to deal with, like a persistent kitchen stain.

As The Boy searches for a path that can bring him both personal fulfillment and Charlotte’s love, he falls in with Lita (Jessica Szohr), who sports a guitar and a stylish hat to demonstrate she’s the sensitive, creative type. (The press notes helpfully deem her a “hipster songstress.”) He also wonders, briefly, whether he’s doomed himself to a life of unhappiness by neglecting to follow up on his true interests when he had the chance. The film’s most affecting and honest moment occurs when The Boy’s former professor (Peter Jacobson) quashes his dreams of becoming an astronomer by pointing out he never put in the necessary effort. Not every dream can be earned through sheer pluck, even in the movies.

Lowell’s soft eyes win sympathy for what should be a callous figure. He’s too good for the character, who makes a lot of claims to artistic sensitivity while flaunting his dickish behavior. The Boy pries both his romantic interests away from other relationships, floats the idea of marriage to one before running back to the other, and is happy to exploit business connections to become a top executive, at which point he decides he no longer approves of office life. The cooing acoustic-pop soundtrack seems primarily meant to absolve him, to make it clear this guy is going through a moment of ennui straight out of The Graduate. But even though the film at one point references plastics, The Boy is a long way from Dustin Hoffman’s inviting form of existential malaise. He’s inflating his own importance in his mind, looking at himself through a telescope.

The chief problem is that no matter what the nameless dude is up to, it hardly seems to matter. He’s a sandwich-maker, a sales executive, a janitor at an observatory in the woods; he’s soliciting advice from kindly elders (including Clark Gregg and Allison Janney, the closest thing to real stars the camera seems willing to show); he’s loving one woman, then another, then the first one again. No matter what he does, he isn’t really doing it. His life philosophy—killing time while waiting for “moments of clarity” from the universe—sounds a lot like astrology, which is, of course, junk science. Meanwhile, the universe soldiers on.