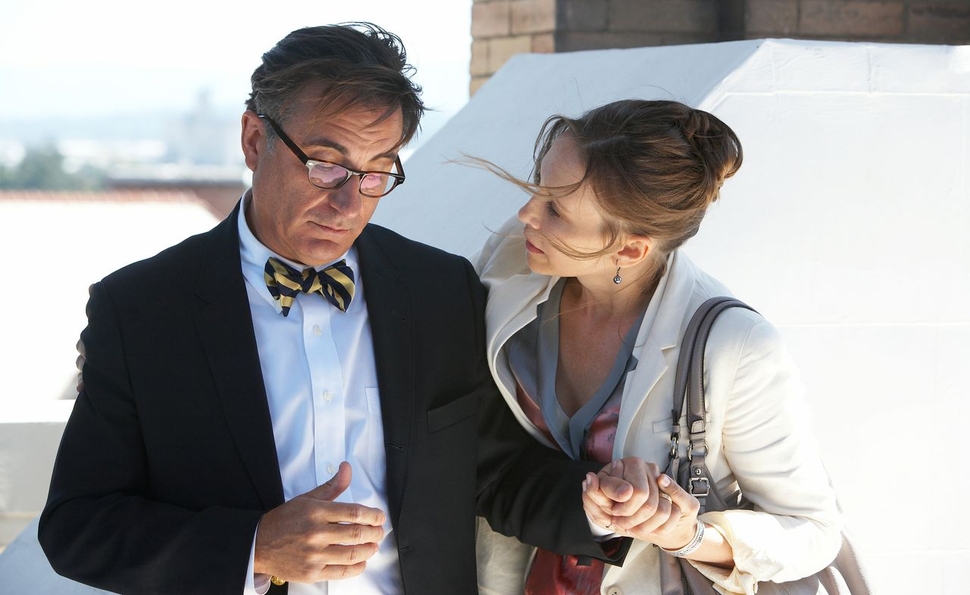 Sometimes the right actor makes the difference. Take Vera Farmiga in At Middleton, a sweet but utterly milquetoast rom-com about middle-aged parents who connect while touring a small, private college with their incoming freshmen. Since Farmiga burst onto the scene in Down To The Bone—like Naomi Watts in Mulholland Drive, she had a better-late-than-never breakthrough after years of toil—she’s proven almost incapable of delivering an uninteresting performance. She has a live-wire restlessness that generates tension without filmmakers having to do much to provide it themselves; Farmiga gives the impression that she never reads the same line in the same way, and it makes her work onscreen seem as spontaneous as it would if she were performing onstage. Good as she is in movies like The Departed and The Conjuring, they could survive just fine without her; in At Middleton, she’s the only one manning the defibrillator.

Flatly directed throughout by Adam Rodgers, who also co-scripted, the film opens with a deadly combination of shticky banter and manufactured drama, but it gets better as it goes along. Setting up an opposites-attract scenario, Rodgers contrasts Farmiga’s Edith, a brash, free-spirited single mother with a chip on her shoulder, with Andy Garcia’s George, a bowtie-wearing heart surgeon who likes everything precise; for instance, he backs into parking spaces so he can exit more safely. Edith and George have brought their respective 18-year-olds, Audrey (Taissa Farmiga, Vera’s real-life little sister) and Conrad (Spencer Lofranco), on a day-long tour of the idyllic Middleton College. In defiance of her cynical mother, Audrey eagerly awaits the tour, having already chosen its renowned linguistics professor (Tom Skerritt) as her mentor; in defiance of his enthusiastic father, Conrad seems determined to hate it.

Edith and George break off from the group—and their kids strike up a parallel friendship, too, in their absence—and embark on their own unguided tour of Middleton’s campus, including stops at the bell tower, a drama class, and a pot-choked dormitory. Though At Middleton likens itself to The Umbrellas Of Cherbourg, the great French musical about love and bittersweet endings that’s playing when George and Edith stumble into a projection booth, it’s closer to a middle-aged version of Before Sunrise, about strangers whose romantic adventures have a time limit. Rodgers is smart about the cautiousness that comes with age and experience: Edith and George hold back more than Ethan Hawke and Julie Delpy in the earlier film, aware that their flirting has an expiration date. Though that lack of passion mutes the emotions of a comedy that often struggles to come to life, the film mostly survives.

Credit for that belongs mainly to Farmiga, who plays Edith as a woman given the opportunity, Cinderella-like, to transform herself back into an impulsive, carefree, energetic college student for a few hours. Garcia is fine, too, but Farmiga’s the one grabbing his stuffed shirt by the lapels, forcing him into taking chances and having some fun with her. The script, by Rodgers and co-writer Glenn German, is never as clever as it sounds, and Audrey and Conrad don’t spend enough time together for much to develop between them. But Farmiga and Garcia have a chemistry that’s unassuming and sneaky, and the pleasure they get from each other’s company ultimately proves infectious, even when they’re stuck in the obligatory old-people-smoking-weed scene. That’s star power.