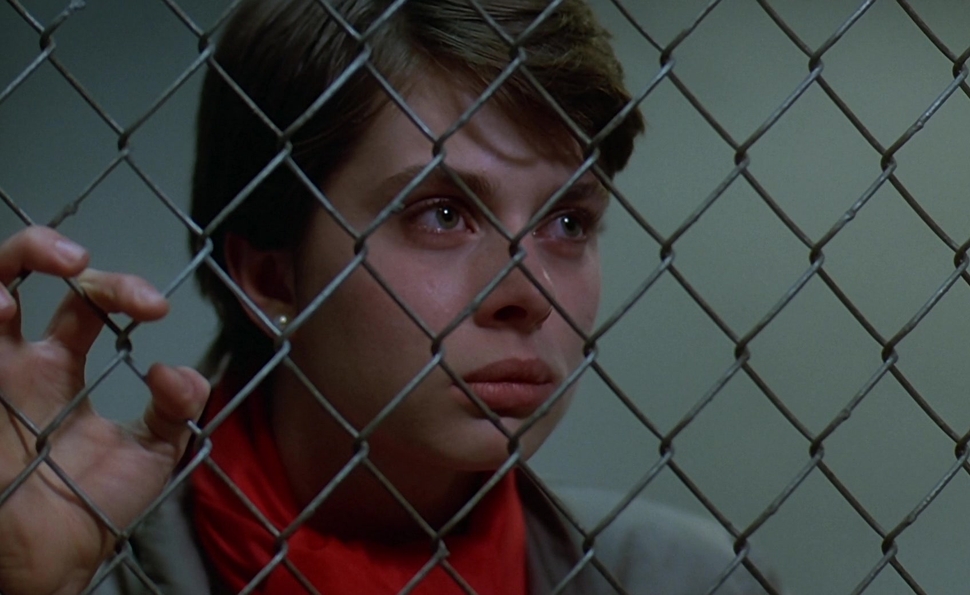 Paul Schrader and Jerry Bruckheimer inhabit vastly different roles within film culture. As the screenwriter of Taxi Driver, Raging Bull, and The Last Temptation Of Christ, Schrader is one of cinema’s preeminent poets of sin, guilt, and redemption, an uncompromising figure with a pronounced indifference (or even outright hostility) toward commercial concerns. Bruckheimer, meanwhile, is the reigning prince of blowing shit up, and has made studios billions of dollars through his genius for supplying viewers with their pyrotechnic fix. Yet these seemingly antithetical figures worked together more than once in the early 1980s. The remarkable thing about their two collaborations is that 1980’s American Gigolo and 1982’s Cat People—the latter of which has just been released on Blu-ray via Shout! Factory’s cult horror/science-fiction line, Scream! Factory—is that they simultaneously feel like Jerry Bruckheimer movies and Paul Schrader movies.

The two men were oddly complementary: Schrader lent Bruckheimer the illusion of prestige, and Bruckheimer lent Schrader’s films a commercial sensibility he abandoned after they parted ways. American Gigolo is an icy, remote Robert Bresson homage, but Bruckheimer ensured it was also a sexy movie with a sexy title; a sexy movie star in the provocative lead; a hit theme song (“Call Me”) by hip, sexy pop group Blondie; and a sexy wardrobe by Armani, whose high-end men’s clothing got a popularity boost from the film.

Though it failed to match American Gigolo’s success at the box office, Schrader and executive producer Bruckheimer’s follow-up, Cat People, is similarly overflowing with sexy commercial elements—and voluminous amounts of straight-up sex. Nastassja Kinski’s electric performance radiates dangerous sensuality from the first frame, and in the film’s hypnotic third act, Kinski rebels against the tyranny of clothing and spends much of the rest of the film in various states of undress. Cat People brings back much of American Gigolo’s production team, including first-rate cinematographer John Bailey and composer Giorgio Moroder, only this time, David Bowie was recruited to record the movie’s moody theme song instead of Blondie.

But while Cat People feels like an early Bruckheimer production, it’s also permeated with the themes that personify Schrader’s work as a screenwriter and filmmaker: obsession, sex, the strange permutations of destiny, and man’s bottomless capacity for cruelty and violence. The result is an appropriately strange beast—part moody, sex-saturated art film, and part slick genre fare.

If nothing else, the film provides the perfect vehicle for Kinski, whose uninhibited charisma defines Irena Gallier, a mysterious woman who arrives in New Orleans to reconnect with her even-more-mysterious brother Paul (Malcolm McDowell), whom she hasn’t seen since they were very young. Irena begins to sense that there’s something terribly off about her brother, just as she finds herself curiously attracted to a gorgeous leopard that was captured and placed in a zoo after attacking a prostitute. Irena secures a job at the zoo and falls for Oliver Yates (John Heard), a strapping all-American whose well-scrubbed normality stands in stark contrast to the bone-deep perversion of Irena’s tortured relationship with Paul. As it turns out, Paul and Irena are scions of an ancient race of half-human, half-feline creatures that transform into murderous beasts when sexually aroused, so must resort to incestuous relationships with siblings to avoid leaving a trail of human carnage in their wake.

In a characteristically cranky interview included on the Blu-ray, Schrader says the film was green-lit as part of a wave of remakes of horror classics that included The Thing and Invasion Of The Body Snatchers, but that Schrader was so uninterested in remaking Cat People that he says he would have preferred if the film had been released under a different title. But Schrader’s film shares one aspect of the 1942 classic he loosely remade: atmosphere.

Cat People contains long, seemingly endless stretches where little happens. It has many horror-movie cornerstones, but it’s paced like an art movie: slow, deliberate, and with pronounced emphasis on mood and tone over action. The film is punctuated by brief intervals of explicit, unusually effective gore, but it works best as a mood piece. Moroder’s icy electronic score adds to the aura of sex, violence, and mystery surrounding the film, but it would flatline without the remarkable performances of Kinski and McDowell, whose menacing otherworldliness has seldom been so deftly employed.

Kinski and McDowell are so magnetic that the rest of the cast can’t help but come off as bland by comparison, even the usually solid Heard, who seems to have been directed to deliver his performance as flatly as possible. The cats—Kinski, McDowell, and the leopard—in Cat People are riveting, but the people sometimes feel like afterthoughts. While Cat People regularly crosses the line separating “methodical” from “sleepy,” it nonetheless retains a hypnotic fascination that’s only deepened by its period elements. The very things that mark it as a product of 1982—like its score, theme song, and lurid color palette—are also the keys to its cult status, and it’s enough to make fans lament the fact that Schrader and Bruckheimer never merged their sensibilities again.

Brief interviews with the cast and crew that range from charmingly spacey (Kinski) to prickly and cantankerous (Schrader), and some nifty artwork on the inside package.