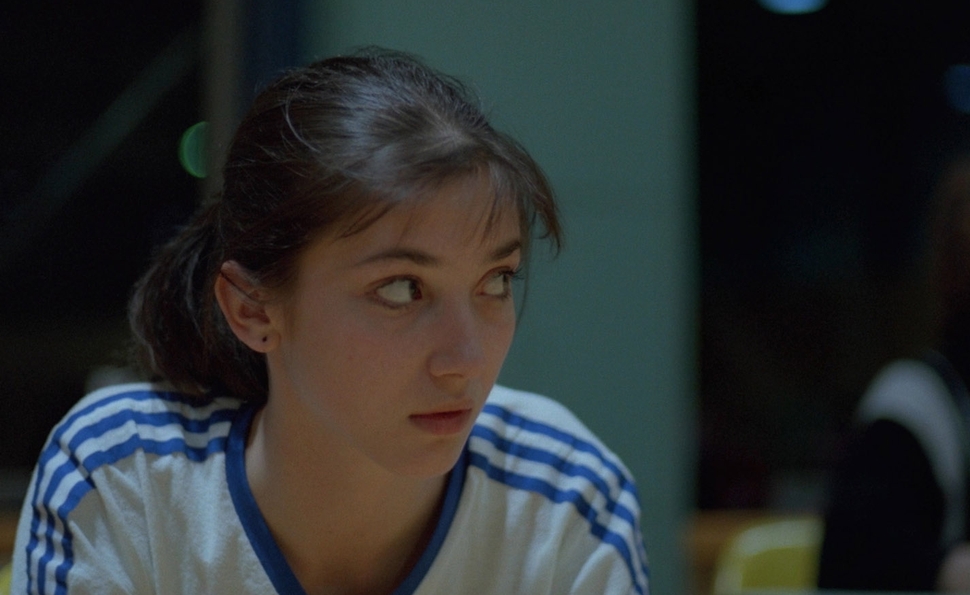 Hail Mary / For Ever Mozart

The feature films Jean-Luc Godard made between 1960 and 1967 were restlessly radical—openly and knowingly defying cinematic conventions while churning through ideas at a phenomenal rate. Then Godard seemed to settle into one mode for a while, making political essay-films that alternated blunt commentary and oft-inscrutable imagery. He began to vary his pitch again around the start of the 1980s, and while his output over the last 30 years has been sporadic in quantity and erratic in quality—at least by comparison with that remarkable initial eight-year run—the later films have brought back a lot of the variety and playfulness that made Godard a world-cinema superstar in the 1960s. What they haven’t had is the level of critical attention that greeted the likes of Breathless and Week End.

There have been exceptions, though. When Godard’s Hail Mary came out in 1985, it was something of a succès de scandale, in that it got the international media taking about Godard again. The controversy surrounding Hail Mary was twofold. First, there was substantial outrage just over the film’s plot, which features Myriem Roussel playing a young working-class woman named Mary who becomes mysteriously pregnant, even though she’s never had sex with anyone—not even her longtime boyfriend, Joseph. But almost as much as Godard’s modern quasi-retelling of The Nativity Story, some were offended by the multiple long sequences where the camera just lingers over Mary’s naked body. There’s more than a little leer to Hail Mary, unrelated to any critique of Christianity.

In retrospect, the hubbub over Hail Mary may have been a byproduct of Godard having become less culturally relevant in the decade since his initial heyday. Divorced from the mood and politics of the mid-1980s, and seen alongside Godard’s other films, Hail Mary isn’t that shocking. It’s a film of great sensitivity and yearning—or two films, more accurately, since Hail Mary is preceded by the short “The Book Of Mary,” directed by Godard’s editor and creative partner Anne-Marie Miéville. It’s a touching vignette about a pre-teen girl clinging to her parents as they move toward divorce. Godard’s film is more challenging, but only because it’s more abstract, with its main story intercut with allusive imagery and scenes from an entirely different story, about a professor investigating the origins and connectivity of human consciousness. That imagery is frequently gorgeous, with shots of suns and moons reflecting Mary’s growing roundness. And overall, Hail Mary has little to do with religion; it’s more a meditation on the phenomenal, manifested as nature, biology, kinship, and sexual desire. (A good analogue for Hail Mary is Andres Serrano’s 1987 photo “Piss Christ,” which places religious iconography in a context that can be seen as both blasphemous and beautiful.) 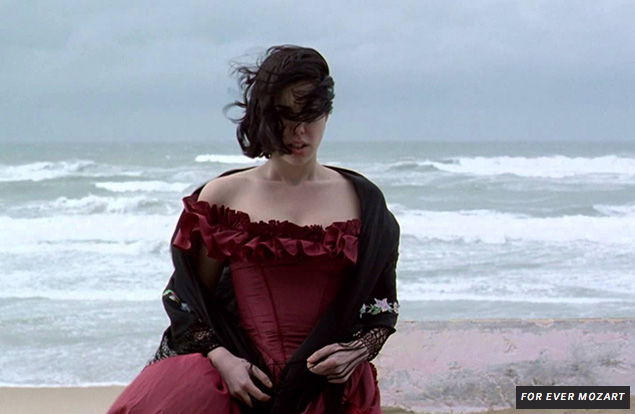 Since around 1990, the global press has been more in sync with Godard, or at least has been able to recall where Godard is coming from whenever he releases another of his provocative documentaries or experimental dramas. That doesn’t mean Godard has lost his ability to rile people, however. Godard’s 1996 film For Ever Mozart was in some quarters (everywhere but France, basically) one of his worst-received, though again as with Hail Mary, the outcry seems less relevant now. Divided into four sections—unofficially tagged “theater,” “war,” “movie,” and “concert”—For Ever Mozart is Godard’s attempt to call attention to the conflict in Bosnia, by imagining a scenario where a theater troupe travels to Sarajevo to film a play, and ends up captured, molested, and/or killed by soldiers. Godard’s intentions were honorable, but given the regular news reports at the time about atrocities and genocide in the region, For Ever Mozart’s wryly postmodern take on art vs. reality struck even some longtime Godard defenders as unconscionable at worst, tedious at best.

Today, even though the Bosnian material isn’t as shocking, For Ever Mozart still feels muddled, perhaps because it dead-ends in a smirking scene where a multiplex audience chooses to see Terminator 4 rather than something arty and political. That’s a fairly shallow observation to make after 80 minutes of musings on high culture and human venality. But then focusing on the outcome isn’t the most rewarding way to watch Godard. Like Hail Mary, For Ever Mozart leans on Godard’s oft-undervalued strengths as a visual and audio stylist, able to draw attention to the discrete elements of cinema—the pieces of a composition, or a sound mix—by truncating them or dropping them in and out abruptly. In Godard’s best films, his manipulation of form provokes a deeper contemplation of philosophy, pop culture, and the social order. And even in his lesser films, he still produces moments of wonder. For Ever Mozart is fitful, but when it’s holding on a striking shot of an old man trudging across a snowy beach while the tide comes in behind him, all of Godard’s riffing on historical recursiveness manifests in an image that engages both the mind and the emotions.

The Cohen Film Collection’s Blu-ray and DVD editions of Hail Mary and For Ever Mozart are among the series’ most helpfully extras-packed to date. Both add lengthy interviews with key Godard collaborators (on these two films and others), who describe his sometimes-difficult working methods in admiring but unsparing terms. Both also add commentary tracks. Critic James Quandt puts For Ever Mozart in the context of Godard’s other 1990s films, while admitting he has some problems with the movie. Filmmaker Hal Hartley and historian/curator David Schwartz, meanwhile, have a casual, revealing conversation during Hail Mary that explores their own evolving relationship with the film over the decades. The Hail Mary disc also contains Godard’s “video notebook” of interviews, lessons, and improvisations, shot mostly with Roussel while he was developing the project. And both discs fit still more contextual material into their booklets, which feature scholarly essays and a 1994 Hartley/Godard interview. As Hartley says in his commentary track, what he loves about Godard’s films is, “He assumes that you’re going to bring 200 percent of your attention, and that you’re going to find that fun.” For mere mortals only capable of 100 percent (or less), these Cohen sets fill in a lot of gaps.