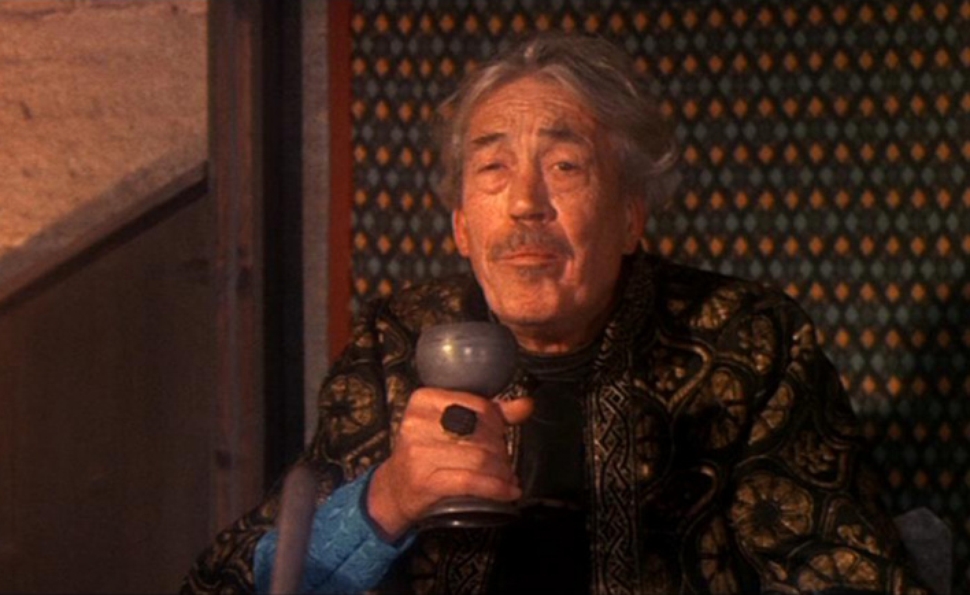 A Walk With Love And Death

The 1960s were a rough decade for director John Huston, a fallow period between his late-’40s/early-’50s heyday (The Asphalt Jungle, The African Queen, Beat The Devil) and his ’70s resurgence (Fat City, The Man Who Would Be King, Wise Blood) where he either tried to reconcile with the changing times, or dodge them altogether. Though set in the 14th century, Huston’s 1969 historical romance A Walk With Love And Death attempts to square hippie values with the backdrop of the Hundred Years War, sending star-crossed lovers across a landscape rife with conflict and strewn with corpses. By and large, Huston smoothly integrates contemporary notions of peace, love, and liberation with an attractive, historically scrupulous rendering of the distant past. But the film lacks any sense of vitality—it’s like a powder keg with a wet fuse.

At least some of the blame can be put at the feet of his unseasoned leads: Assaf Dayan, an Israeli actor (and later director) playing a Frenchman in English, and Huston’s daughter Anjelica, taking the first significant role in her extraordinary career. Dayan is particularly awkward as Heron, a naïve student who decides to abandon his studies in Paris and journey across the countryside, just for a chance to see the sea. His timing is less than stellar: As he crosses northern France, the starving peasants have joined together in the Jacquerie, their brief and bloody revolt against aristocrats of any stripe. On his way west, Heron gets shelter for the night at a nobleman’s castle and meets the lovely Claudia (Huston), who gives him her white sash and offers her patronage of his adventure. Mere steps away from the ocean, Heron finds out that Claudia’s castle has been attacked by the peasants, and he retreats to find her the sole survivor. Now together, the two make their way toward the ocean again, their love a tenuous flame that threatens to be snuffed by darkness and death.

There’s a great movie stifled by the persistent mediocrity of A Walk With Love And Death, which cries out for a more emphatic vision than Huston is capable of providing. Working from Hans Koningsberger’s novel, Huston takes an appealingly earthy approach to the 14th century that favors real settings and authentic rituals and garb without much stylization. It also jibes with his attempt to work hippie naturalism into a period 600 years removed from the social turbulence of the late ’60s. (Tagline: “Maybe they need to make war as much as we need to make love.”) There’s a barefoot-in-the-fields aspiration to Heron’s travels and his relationship with Claudia—they seek to reach the ocean, but haven’t made any plans beyond that.

Many classic romances have been forged by setting young lovers against a death-haunted backdrop, but even the title A Walk With Love And Death suggests a fatal lackadaisicalness. The entire span of Heron and Claudia’s lives is engulfed by conflict between (and within) England and France, and there’s an expectation that their time on the earth—and together—will be shortened by starvation, execution, or disease. Yet none of that urgency gives the romance a spark, and the actors lack the experience and chemistry to compensate. Theirs is not so much a walk with love and death as it is a casual stroll.

None, since it’s an manufacture-on-demand archive release, but it should be noted that the DVD is 4:3 non-anamorphic. The panning-and-scanning isn’t egregious—the film was shot with a 1:85-1 aspect ratio—but the transfer mutes some of its pictorial beauty.

GoWatchIt: Buy. Rent. Stream A Walk With Love And Death