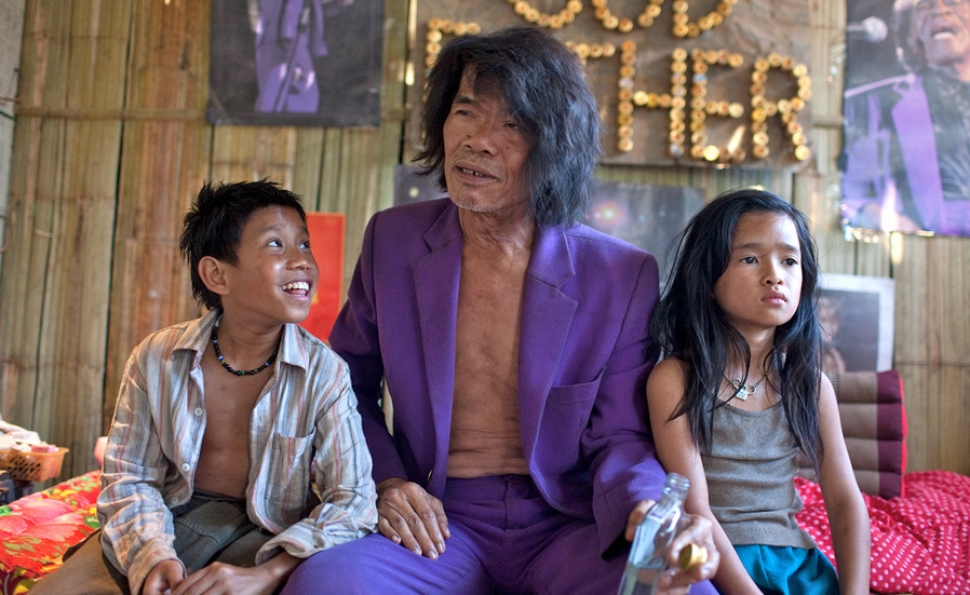 The Rocket is a fill-in-the-blank exercise in feel-good exotica. It features not one, but two wounded and spunky kids; a couple of colorful, albeit flawed adults; and careful dollops of tragedy and joy all tied together by the deeply human story of marginalized people—in this case, Laotians whose village is in the flood zone for a dam project. (The film is an Australian production, though filmed in Laos with Laotian actors.) Hardships are carefully calibrated to be worrisome and tear-jerking, but not so overwhelming as to put the happy ending out of reach, or for that matter, to mar the protagonists’ photogenic qualities.

The film has its merits: Writer-director Kim Mordaunt knows his genre; he lines the tropes up in order, and dispatches them with facility. He’s helped by generally high-quality acting. Alice Keohavong sparkles with charisma as the loving, stubborn mother Mali; her removal from the film comes with a brutal wrench, orchestrated with a virtuoso timing worthy of Spielberg. Character actors Bunsri Yindi (as cantankerous grandma Taitok) and Thep Phongam (as the unconventional, James Brown-obsessed Uncle Purple) mug effectively, while the child actors (Sitthiphon Disamoe as Ahlo and Loungnam Kaosainam as Kia) turn in professionally adorable performances. The plot flows smoothly but eventfully from tragedy and dispossession through salvation, achieved by a combination of personal achievement and cinematic pixie dust. Sumrit Warin as Toma has the range of a damp fish, but Mordaunt has cleverly cast him in a role in which that’s exactly what is called for.

In short, Mordaunt is a canny, intelligent filmmaker. He shows this not only by fulfilling genre expectations, but in his treatment of his material. A story about people forced off their land by a dam could easily turn into a rant against progress, but Mordaunt dodges that pitfall. Tradition in The Rocket has its virtues, but also its downsides. Ahlo was born with a stillborn baby sibling, and has to struggle for much of the film under traditional prejudices against twins. The problem with the dam isn’t so much that it’s “progress,” but rather that the corrupt, uncaring government doesn’t share its benefits (electricity, money) with the people it displaces. Ahlo gets money and food by robbing shrines, which suggests his rootlessness, but also raises questions about traditions that privilege the needs of the dead over those of the living. And Ahlo’s final, inevitable triumph involves mastering rockets, an old yet still up-to-date technology. Moreover, he relies for his success on the knowledge that Uncle Purple gained while fighting with American forces.

Ultimately, though, Mordaunt’s obvious intelligence, and the cast’s talent, just make The Rocket more frustrating. Difficult ambiguities are brought up only to be drowned by the remorseless imperative for Hollywood joy, showered upon the characters from above like the concluding miraculous rainfall, or like the waters that swamp their abandoned village. The Rocket is a well-constructed delivery system for sparkly cheer, but it lacks a more substantial payload.