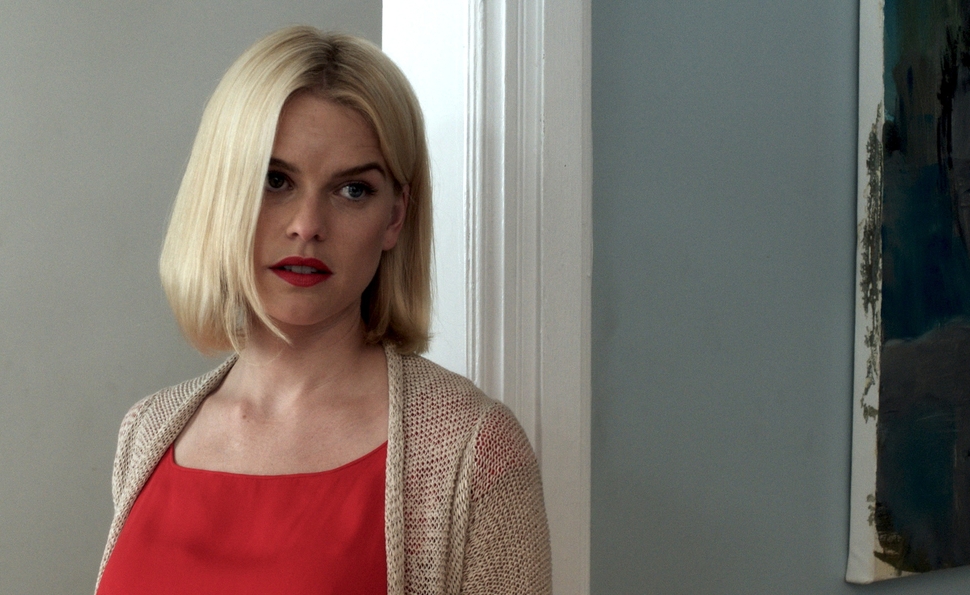 When Fred arrives unexpectedly, suitcases in hand, at the elegant brownstone of the woman he calls “Velvet” (though she hates that name), she immediately goes on the defensive. She doesn’t seem to know why he’s there, how long he’s planning to stay, or whether he’s dangerous or not, and so she tries to placate him at first, feigning that she’s happy to see him while steering him toward the door. But Fred sees through Velvet, and the more she tries to bring his visit to a quick end, the angrier he gets. He yells at her for a while, then she yells back. And that’s how the next hour goes, with the two of them dredging up old misunderstandings, taking turns having the upper hand.

Writer-director Neil LaBute’s Some Velvet Morning has the quality of a filmed play, even though it’s not based on one of his theater pieces. Stanley Tucci plays Fred, Alice Eve plays Velvet, and their encounter takes place in real time, with gradual shifts in tone and sudden bursts of violence that make the movie feel tense even when the two principals seem to have calmed down. The inherent staginess of two actors talking for 80 minutes in a single location—even in a multi-story home like the one where Velvet lives—is mitigated to a large degree by the conversation’s intensity. LaBute wisely lets a lot of individual moments in Some Velvet Morning play out in long takes, giving the actors the time and space to build the scene.

It helps that LaBute has actors as formidable as Tucci and Eve. When the movie begins, these two characters are blank slates that the actors have to fill in, using LaBute’s words. But in a way it doesn’t matter exactly what they say to each other. What matters are the subtleties of inflection and gesture. The easy choice for the actors and their director would be to have the characters build quickly to a scream and then stay at that level. But Some Velvet Morning—like a lot of LaBute’s work—is about how men and women interact, and the small ways that they exert their will. Sometimes that’s by shouting something hurtful; but sometimes it’s by casually touching or making a joke, taking unearned liberties.

What Tucci and Eve can’t do much about—though they do their best—is the awkwardness of the script’s set-up, or whether LaBute is really saying anything new or revelatory here. A lot of the first 20 minutes of Some Velvet Morning is taken up by Fred and Velvet painstakingly delivering information about who they are. (“What about Chris? He’s your son.” “Does Mandy know? Mandy is his wife.”) And then the movie heads into some genuinely uncomfortable places, with both Fred and Velvet behaving savagely—him more than her. There’s a reason for all of this, which becomes clearer by the end of the film, when LaBute springs a big twist. But the explanation feels like LaBute playing intellectual games with raw human emotions, and doesn’t fully justify either the laborious backstory-delivery or the ferociousness of Fred’s misogyny.

Still, while Some Velvet Morning isn’t always an enjoyable experience, it is an experience—and that’s not so common in cinema. Some Velvet Morning is absorbing and enraging, sure to spark debate both about its meaning and its method. More importantly, it’s a phenomenal performance piece, with LaBute capturing the incredible gifts of two masters of pretense.