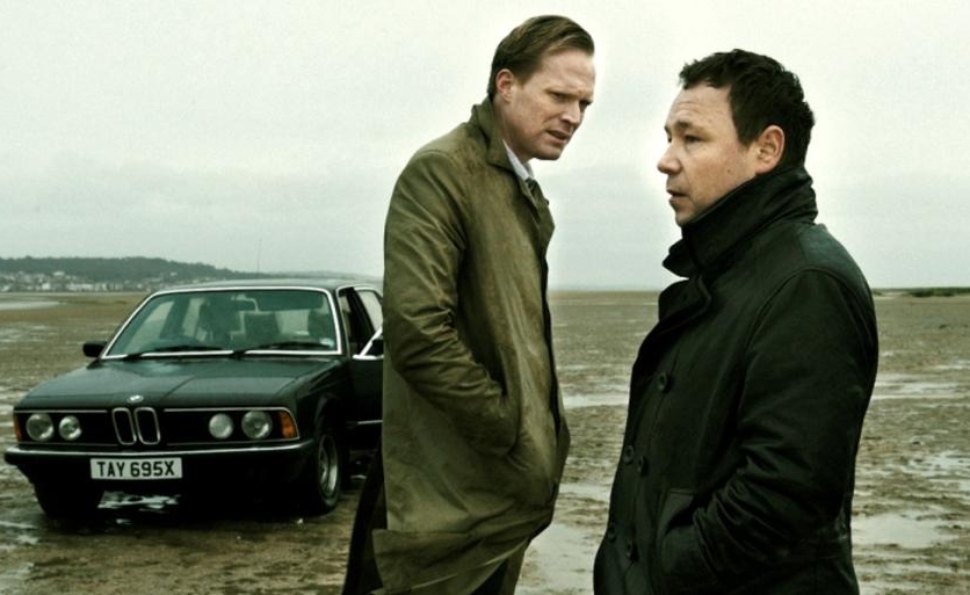 Stephen Graham has quietly become one of the best character actors of this era, using his squat body and wiry energy to charge movies like This Is England and Public Enemies, and TV series like Band Of Brothers and Boardwalk Empire. In the British cop drama Blood, Graham plays Chrissie Fairburn, a detective partnered up with his brother Joe (Paul Bettany) in a grim oceanside city. When the body of a young girl is found mutilated in the town square, the Fairburn boys corral and squeeze their preferred suspect: a known local perv named Jason Buleigh (Ben Crompton). Then when they can’t nail the creep through legal means, Joe exacts justice in his own way, while Chrissie goes along, watching warily as fatal mistakes are made. Graham skillfully plays Chrissie’s increasing unsteadiness, as the usually good-natured policeman tries to go about his normal life—even getting engaged to his longtime girlfriend—all while saddled with a crushing guilt.

Writer Bill Gallagher adapted Blood from his own 2004 BBC miniseries Conviction, and was directed by Nick Murphy, another TV vet, who previously made the moody 2011 ghost story The Awakening. In condensing six episodes’ worth of story into 90 minutes, Gallagher and Murphy take a few too many shortcuts, zipping from plot point to plot point rather than letting the implications of the Fairburns’ choices sink in. Besides Bettany and Graham, Blood stars Brian Cox as the brothers’ father Lenny, a rough-hewn ex-cop who boasts about the brutality of his old colleagues (whenever he isn’t slipping further into senility), and Mark Strong as diligent loner detective Robert Seymour, who’s quietly piecing together the details of both the original crime and what the Fairburns did. All four of the main performances are so strong that they deserve more space to develop and intertwine. Instead, at times, Blood plays like one long “previously on” montage for the series that inspired it.

The compressed action does let Murphy ratchet up the tension early and often. The Fairburns are under the gun almost from the start of the movie, always seeing Seymour out of the corner of their eyes, walking through the squad-room with a suspect or a piece of evidence that could sink them. Murphy heightens that anxiety with some smart stylistic touches, including several slow camera push-ins when two characters are caught in a potentially awkward moment, and a couple of times when the soundtrack falls to a hush during incidents of violence or impassioned disagreement.

Murphy also subtly underlines the religious motifs in Gallagher’s script. Buleigh is a man of faith who taunts the Fairburns, grinning that they’ll never be able to prove anything regarding his guilt. That lingering uncertainty spawns an existential crisis for the brothers, which Murphy emphasizes by surrounding them with stained glass and placing them on narrow island roads that make it look as though they’re walking on water—all as a way of emphasizing how in the absence of divine judgment, these cops are playing God.

Bettany is Blood’s lead, bringing nuance to a character who’s grown up in the shadow of his tough-guy dad, and is thus left without much of a moral example—especially when his father starts spacing out routinely. But the movie’s real anchor is Graham, whose character is free enough of his father’s influence to be able to look, clear-eyed, at his family’s legacy of authoritarian violence. Blood isn’t as good as it could be, but that isn’t Graham’s fault. He carries the movie with his face alone, as Chrissie looks at his comfortable surroundings and his beautiful fiancée and silently questions whether he’s lived a life that merits this kind of reward.