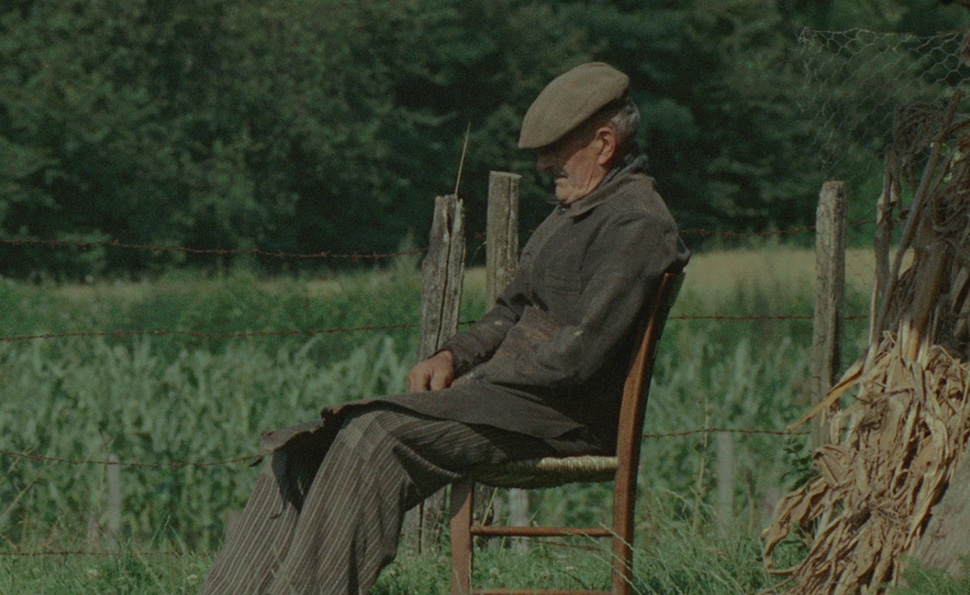 The 1973 documentary Cousin Jules—rediscovered and released theatrically for the first time in all its CinemaScope glory—recalls that wellspring of all documentaries, Robert Flaherty’s 1922 silent movie Nanook Of The North, with its observational spirit and its ethnographic commitment to showing the longstanding traditions of an isolated people. Where Nanook Of The North took viewers to the frozen wilds of northern Quebec, Cousin Jules settles on an elderly couple in rural France, living in the early 1970s as their agrarian ancestors must have lived centuries before. As director Dominique Benicheti invites the audience to contemplate this way of life—and that’s all the film seeks to accomplish, which is plenty—he reveals the virtues of simplicity, routine, and quietly communing with the natural world.

Benicheti’s decision to shoot Cousin Jules in CinemaScope, with sound recorded in stereo, is key to understanding its purpose. It’s an experiential documentary above all, seeking to transport audiences to a small farm in Burgundy and leave them to marinate in the sights and sounds of the countryside. He doesn’t impose a narrative—if the film has a major flaw, it’s the seeming arbitrariness of its construction—but rather offers painterly shots of the fields at low fog, or the morning cacophony of the rooster pen. His subjects are Jules Guiteaux, a blacksmith who clomps around in wooden clogs, and his wife Félicie, who tends the greens that infuse their meals. But Benicheti doesn’t even provide their names on the screen, and little conversation passes between them. What’s there to talk about?

Yet for as often as Benicheti steps back and watches rituals like Jules forging and drawing metal with fire, hammer, and anvil, Cousin Jules could not be described as fly-on-the-wall by any means. There are tracking shots, multiple camera angles, and other indicators that Benicheti “staged” reality in much the same way Flaherty did in Nanook Of The North. In that sense, the film is sculpted into a highly specific impression of Jules and Félicie’s life together, whittled down to the barest essentials of daily chores, absent the context of family or any other form of encroachment from the outside world. It’s a deliberately limited perspective, but carried out with extraordinary rigor and sensuality.

An unabashed ode to the French countryside, Cousin Jules immerses the audience in mundane tasks that are transformed into unaccountably pleasing, tranquil ones. There’s something beautiful about the certainty of Jules’ hands as he strikes iron with the same rhythmic beats, or those times during the day when he and Félicie pause to share a quiet cup of coffee together. The further the trappings of the modern world take people away from the rituals of those unaffected by the times, the more Cousin Jules will gain in appeal. More than ever, it’s a travelogue to alien ground.