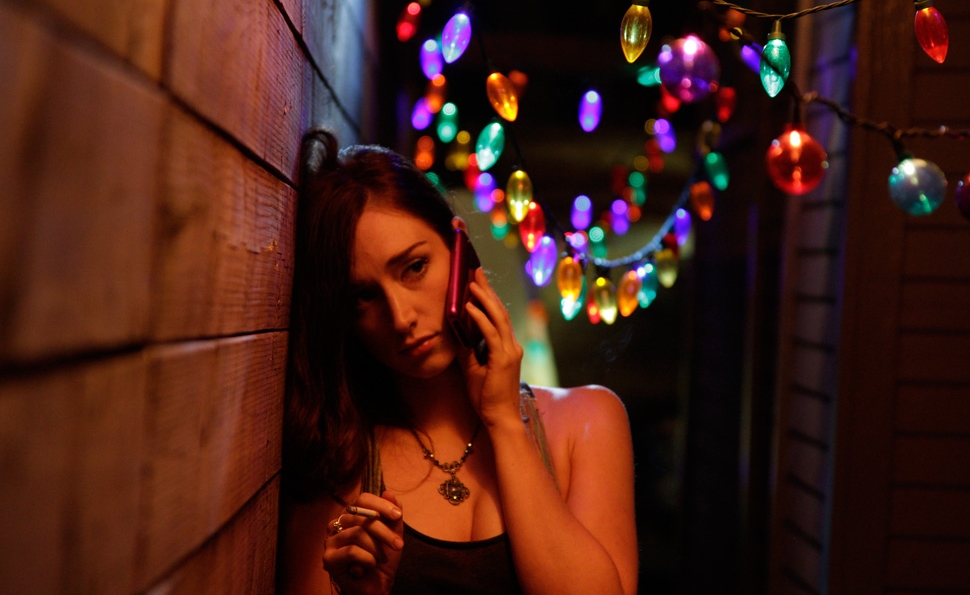 Body horror has built-in subtext that makes it uniquely effective: We’re all slowly disintegrating, watching helplessly as our cells approach the end of their predetermined lifespan. David Cronenberg has spent much of his career finding pathos in the grotesque—most poignantly in his 1986 remake of The Fly, which employs Jeff Goldblum’s gradual metamorphosis as a metaphor for illness, aging, or both. But it’s hard to make out what, if anything, writer-director Eric England is trying to say about the fragility of the flesh with Contracted, which amounts to little more than a slow-motion replay of The Fly’s central gross-out. Here, too, teeth and hair fall out and loose fingernails are pried off—and it’s all happening to a young, pretty girl, which might have led to some pointed observations about the insane demands society places on women. Instead, the movie seems regressively punitive, to the point where it arguably qualifies as slut-shaming.

England’s ideas about sexual preference are murky, too. His heroine, Samantha (Najarra Townsend), declares herself to be a lesbian more than once, and is first seen trying to forestall what looks like an impending breakup with her girlfriend, Nikki (Katie Stegeman). It’s made clear that she only recently switched to dating her own sex, however, and the movie’s plot kicks off when, alone and drunk at a party, she impulsively hooks up with a strange guy (Simon Barrett)—strange both because she doesn’t know him, and because he’s kind of weird. The next morning (“Day 1,” viewers are told, Contagion-style), she awakes feeling queasy, and the symptoms of something horrible just keep on coming, though her doctor (Ruben Pla), after a bizarrely cursory examination, declares it to be nothing serious. By Day 3—an onscreen title cheekily adds “of 3,” to let us know the serious shit is about to go down—Samantha can’t even go out in public without sunglasses and heavy makeup, and the maggots emerging from various orifices are starting to bother customers at the restaurant where she waits tables.

Contracted is the fourth low-budget horror film England has directed since 2010, not even counting shorts (his other features are Hostile Encounter, Madison County, and Roadside), and the experience shows in his formal confidence. A typically nice touch is the way he keeps the disease-spreading lothario consistently out of focus, in order to underline the dude’s sketchiness. Screenwriting, however, doesn’t seem to be his forte. Any nasty fun to be had watching Samantha transform into a ghoul is tempered by the way the movie seems to be punishing her not just for a single act of casual sex, but for having adopted lesbianism as a superficial lifestyle choice. A subplot involving the whitebread nice guy (Matt Mercer) whose love for Samantha goes unrequited until she’s nearly rotting is especially loathsome, implying that women habitually ignore kind, decent men except to exploit them in moments of emotional crisis. Disapproving of victims’ behavior is a staple of the horror genre (see: Final Girl, Nearly Invariable Virginity Of), but Contracted, for all its elegant acumen, too often proves stomach-churning for the wrong reasons.