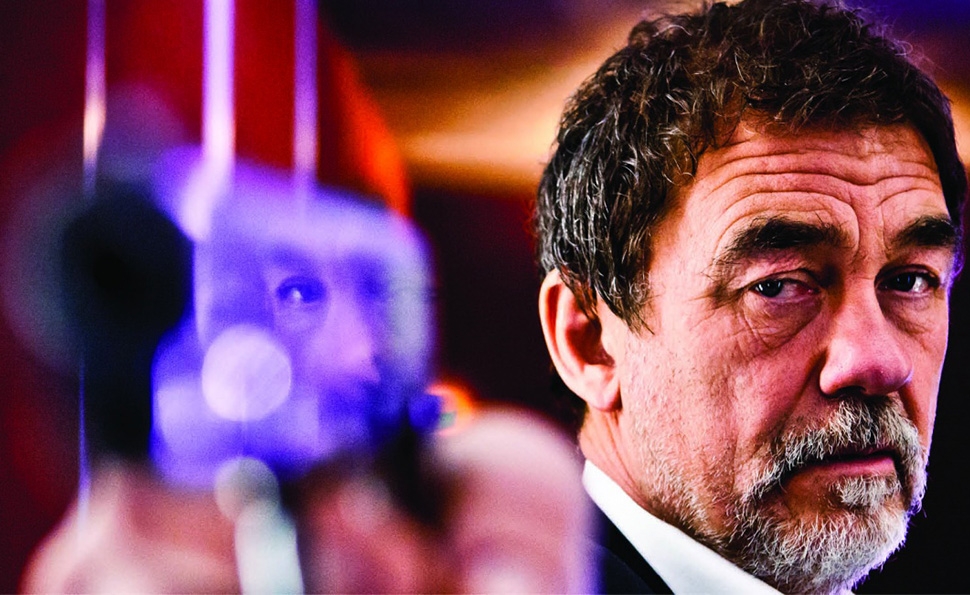 In a post on his Extension 765 site, Steven Soderbergh recently wrote that On Her Majesty’s Secret Service is “the only Bond film I look at and think: I’m stealing that shit.” That’s evidently how Edgar Marie, who wrote and directed the French crime thriller Paris Countdown, feels about Soderbergh’s Traffic, as well as Fredéric Jardin’s Sleepless Night. From Soderbergh, Marie and cinematographer Danny Elsen lift the distinction between the cool, blue-tinged spaces where the drug trade’s upper echelons do business, and the hyper-saturated yellow of the Mexican desert where Paris Countdown’s primal sin takes place. From Jardin—or, for that matter, from Gaspar Noë—he takes a vision of Paris as a crepuscular hell, all upscale-but-seedy nightclubs and pulsing dubstep. Think Irreversible without, well, everything.

The plot? That could come from anywhere. Victor (Jacques Gamblin) and Milan (Olivier Marchal) are old friends whose declining fortunes in the nightclub business have worn their relationship thin. As a last-ditch effort, the more morally flexible Milan has made a deal with their late loan-shark’s son Wilfried (Reda Ketb) that involves doing a drug deal in Mexico with the menacing Serki (Carlo Brandt), who resembles a shotgun shell with legs. The Mexican police catch them in the act, and after an interrogation that involves a gruesome meeting between Victor’s eardrums and the business end of a power drill, Milan gives Serki up. Six years later, the two have gone their separate ways, but when cartel buddies negotiate Serki’s early release, they’re reunited by their common peril.

Paris Countdown has style to burn, where “style” means “uses lots of lighting gels and some camera flourishes,” but it doesn’t have a coherent point of view or a solid take on the genre. More importantly, it doesn’t have anything resembling a rapport between its principal characters, or more than a glimmer of the once-thriving friendship their failing fortunes have ruined. Gamblin and cop-turned-actor Marchal have faces out of a Jean-Pierre Melville movie, worn and bony and oddly charismatic: Gamblin looks halfway to being a cadaver already, and Marchal’s beefy back is decorated with a large tattoo reading “Don’t Try.”

But they’re at odds from the very beginning of the film, which means there’s no reason audience members should invest in them burying the hatchet, or even making it out alive. Their mutual hostility ought to be tinged with familiarity, like the soured passion of a once-married couple, but instead they’re merely gruff, as if they’ve never much cared for each other. Marie invests Paris Countdown with a lurid energy that can be cheaply intoxicating, like a cocktail of Red Bull and well vodka. But the buzz wears off before long, and all that’s left is a gnarly headache and a vague feeling of wasted time.