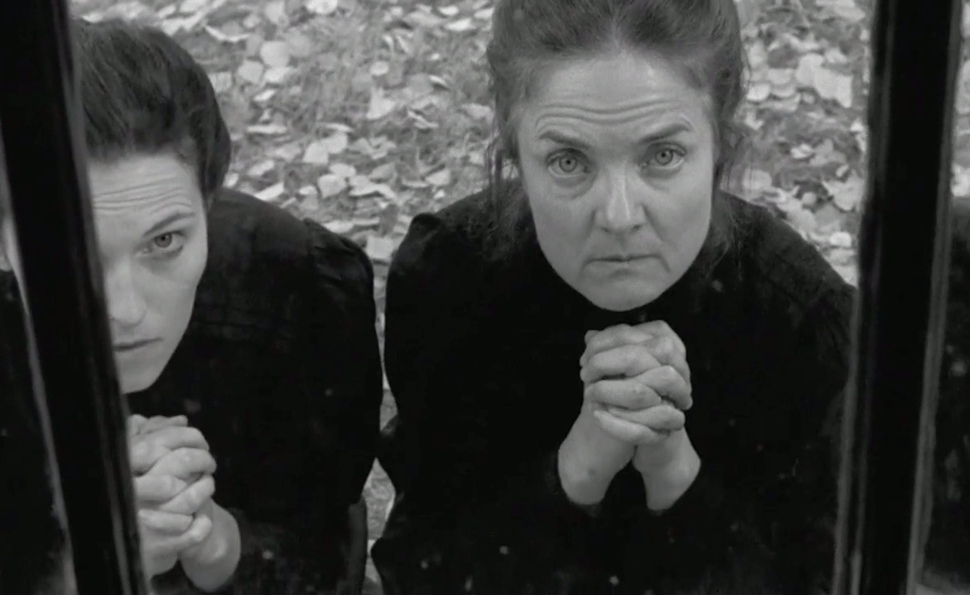 How The Fire Fell

In the first scene of Edward Davee’s deeply weird How The Fire Fell, a man stands in front of a crowd at church, thanks them for attending, then launches into a sermon so beyond the pale that most of the audience walks out. Davee covers up the speech with an unrelenting violin fermata, so the specifics of how this man introduces himself to his followers remain outside the film’s vantage. So do his followers, who are nameless and mute. Crucially, the conversion is seen from the pulpit; instead of observing a cult’s formation as a wary stranger, the camera and the film take the perspective of the already insane. Buy into the madness, or don’t.

Edmund Creffield, Davee’s subject, was a real cult leader who lived in Corevallis, Oregon, in the early 1900s and baited a small group of mostly female followers to renounce their worldly possessions. Even within the already fascinating world of cults, Creffield’s was unique for its era-defying salaciousness: When he wasn’t commanding his “Brides of Christ” to dance naked around a fire, or roll on the ground in ecstasy, he was teaching them to reject traditional marriages while bedding them regularly, with the promise that one would become the mother of the next Christ. How they could be both brides and mothers of Christ is one of those logical conundrums that never seem to bother cultists themselves.

As Creffield, Joe Haege proves a deft fanatic. He uses the language and mannerisms of religious figureheads to deliver crazed rants that unmask him as far removed from earth. Missing from that equation, though, is charisma—a quality Jim Jones, Charles Manson, and L. Ron Hubbard had in spades, and something all leaders need on some level to gain the trust of their congregation. The Creffield of How The Fire Fell has none, so his hold over his followers carries no weight. The women who stick by Creffield see something in him they were unable to derive from the land of the sane, and they seem to really enjoy having sex with this lunatic, but their own thoughts are nonexistent, so the actors (like Maren McGuire as Maud Hurt, the follower Creffield eventually marries) have little room to embellish.

How The Fire Fell hews closely to Creffield’s story, but renders it mostly incomprehensible. This is due to Davee’s surrealist influences, which, much like his actors, are often naked on the screen: Black-and-white cinematography, frequently absent or inaudible dialogue, and a disjointed editing style give the film a wild, shaggy quality, and help hide its bare-bones budget. The style lends this tale of the past a sinister modernism, but comes at the expense of narrative. Creffield is the only fleshed-out figure, which becomes problematic when the movie leaves his congregation’s walls. Davee can’t seem to decide whether the auxiliary characters are faceless ciphers or important to his version of the story, leading to an awful lot of head-scratching, even for a surrealist work.

Though this material would probably be more effective in a film that played it straight, or one that played up its more sensual and/or historical elements, something about Davee’s full commitment to his vision makes How The Fire Fell difficult to ignore. The imagery is similarly hard to shake, particularly when a filthy, naked Creffield ghoulishly emerges from underneath a house, or the camera pans over the women as they writhe around in prayer that’s indistinguishable from orgasm. Davee shows all the promise of a future cult filmmaker, even if this effort ultimately proves too nonsensical to inspire its own following.